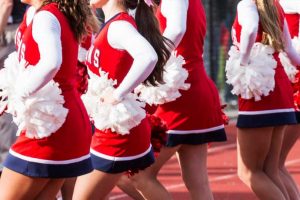 Even cheerleaders need fans, and one dad from Yorkville, Virginia, took his support for his daughter to the next level.

Rolland “Hekili” Holland, aka “Cheer Dad,” high-kicked his way into internet stardom after enthusiastically performing his daughter Mackenzi’s cheerleading routine from the stands last Friday during a high school football game. Another parent, Scott Willard, captured the performance and posted it to Facebook; within a week, it’s received more than 3.7 million views.