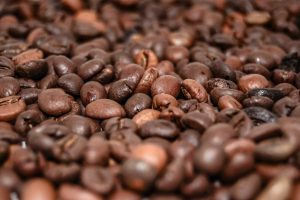 A systematic review of the literature into the effects of caffeine on breastfed infants has concluded that there is no robust evidence for positive or negative effects of maternal caffeine consumption during breastfeeding on a breastfed child—according to Dr. Yen-Fu Chen and graduate-entry medical student Aimee McCreedy of the Warwick Medical School.

The review does not suggest that caffeine has no effects, but the lack of evidence does not allow breastfeeding mothers to be well informed as to whether and how the health and wellbeing of their babies (and of themselves) might be affected if they consume moderate amounts of caffeine as opposed to abstaining from it.

Currently the NHS and the European Food Safety Authority advise breastfeeding women to keep their caffeine intake to 200 mg/day, the equivalent to approximately two cups of coffee, five cups of tea, or 300 g of dark chocolate. 200 mg/day is half of the maximum intake advised for non-breastfeeding adults (400 mg/day), but this is based on insufficient evidence.

There is evidence from previously published reviews that high caffeine intake by pregnant women can be detrimental to the unborn child during pregnancy, but the effect of caffeine on a breastfed child is less clear.

Caffeine is sometimes given as a medication to pre-term infants to treat apnoea (cessation of breathing) due to prematurity, demonstrating a beneficial use of caffeine. Despite an extensive literature search, the new review only identified a handful of studies investigating the effects of maternal caffeine consumption on the breastfed child, and each of them has notable weaknesses.

Lead researcher Aimee McCreedy says, “It’s understandable that the NHS suggests that breastfeeding mothers restrict their caffeine intake to half of the usual recommended allowance for adults. This cautious approach likely reflects the paucity of good evidence. However the lack of evidence is surprising given the promotion of exclusive breastfeeding for the first six months from birth and the importance of infant nutrition for health.”