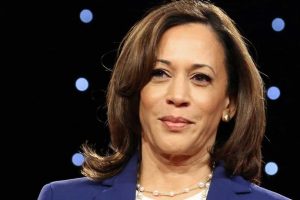 It’s a familiar scenario in the United States: Many parents work until at least 5 or 6, sometimes 7 o’clock, while their kids are released from school sometimes as early as 2 p.m. What can be done to address the need for after-school care?

Sen. Kamala Harris (D-Calif.) is addressing the afterschool care burden head on, with a new bill seeking to remedy the situation. Less than half of all grade schools (and fewer than one-third of low-income institutions) offer working parents after-school care so their children are looked after until the work day comes to a close.

In addition, schools are closed approximately 30 days each school year, for holidays, conferences, and professional development — two full weeks more than what most Americans have saved up in time off. And that’s not even addressing the conundrum of summer vacation, that nearly three-month-long break that often leaves families in a panic trying to find full-day services to care for their children.

In fact, in the U.S., both the school day and the school calendar amounts to a terrible situation for most kids, leaving 19 percent of middle-schoolers to fend for themselves 3 to 6 p.m. on school nights (and 3 percent of grade-school-aged kids). One family trying to cover costs for child care for the hours between the end of school time and the end of the usual workday? That costs a whopping $6,600 on average per year — a major chunk of the average American’s annual income.

Take into account that nearly 40 percent of employees have zero paid vacation time, and quickly it becomes clear that parents will need to lose workday hours to care for their kids in these gaps.

Don’t underestimate the hardship this creates for low-income families, especially for single mothers and mothers of color — the populations most likely to have inflexible work situations and schedules. Experts have gone as far as to estimate that the United States is in the hole $55 billion every year when it comes to productivity — all thanks to the unwieldy public school calendar.

“Seventy-five percent of mothers of school-age children are working, and we need to come to terms with this reality,” Catherine Brown, a researcher at the Center for American Progress, said. Brown’s findings were crucial data to the creation of Harris’s bill.

Harris believes that “aligning school and work schedules is an economic growth and child development strategy.” She’d like to create a pilot program that would distribute money to 500 schools serving a high population of low-income families. The money would be earmarked to develop a better school schedule, one more aligned with the work schedule of its parents. The schools involved would each receive up to $5 million over the course of five years to stay open 8 a.m to 6 p.m., without any closings save weekends, emergencies and federal holidays.

Professional development and conferences would occur during a full day of child-enrichment activities, and after five years of this test model, the Education Department would release its findings of the best practices and data such as changes in student performance, teacher retention, and parental employment shifts — all of which would be used to improve and tweak a future, broader program.

Others on Twitter were quick to dismiss the plan without reading the details:

“This could be a real win for teachers,” Brown said. “It shifts the mindset from one teacher being responsible for a group of kids all day to the school and community collectively watching students.”

Will the plan work? It remains to be seen, but it’s finding traction and support. Randi Weingarten is the president of the American Federation of Teachers, a huge teachers’ union, and Weingarten backs the bill. “This bill would enable school districts and communities to find solutions that work for them, ” Weingarten said.

While some parents may balk at the thought of their kids having a longer in-school day — one that’s based on an American workday system of capitalism, no less (sorry, kids) — Sen. Harris isn’t wrong to want to address the mismatch of adult work hours and children’s school hours, especially when it’s an issue that negatively impacts so many low-income, less privileged communities across the U.S. We’re eager to hear what comes of the bill — and whether or not it’s a feasible, growable plan.