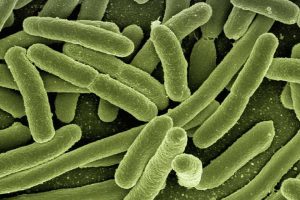 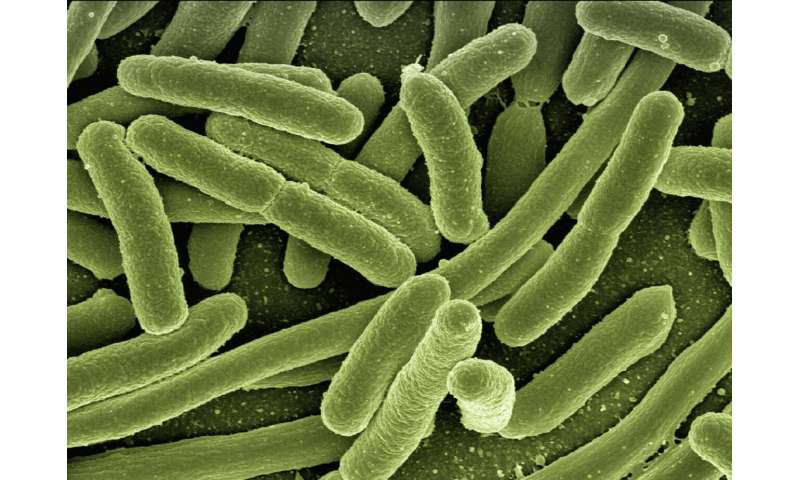 Researchers at UC Davis say they were able to dramatically reduce the number of antibiotic-resistant germs in breast-fed newborns’ intestines by giving them a daily dose of probiotic for just three weeks during their first month of life.

Dr. Mark Underwood, a neonatologist and senior author on the study, said he expected to see a drop in the pathogens, but he was surprised that newborns who received the probiotic had 90% fewer antibiotic-resistant bacteria than infants who were fed only breast milk.

“They don’t really make their own antibodies yet, and as they are learning how to do that, they have to recognize what’s OK versus what’s not OK. Exposing them to more good bacteria early in life is historically how the immune system is instructed.”

UC Davis published the study after performing a clinical trial on a probiotic product called Evivo, created by a Davis-based company with roots at the university’s Foods and Health Institute. The product uses a good bacterium known as Bifidobacterium infantis found in abundance in the intestinal tracts of healthy babies.

“We found that a pretty short intervention—the combination of a short course of probiotic and then mom breast-feeding for several months had a beneficial effect on the baby’s bacteria at a time when the immune system is developing,” Underwood said. “Even after two months, so a full month after they stopped the probiotic, they still were dominated by this Bifidobacterium infantis that we gave them, and that’s really unusual.”

Evolve BioSystems, the company that makes Evivo, paid for the research, Underwood said, adding that the company’s leaders agreed to publish the UC Davis findings regardless of whether they had positive or negative implications for their product.

Evolve’s five founding scientists work at UC Davis, Underwood said, and he has consulted with them on past research. He noted that he has not received any compensation for doing so, however, and received no payment from Evolve for this research. The study is published in a global forum called Antimicrobial Resistance and Infection Control that caters to people working on the prevention, diagnosis and treatment of health-care-associated infections.

Underwood said his interest in the gut health of infants stems from having seen premature infants survive all the obstacles posed in their first two weeks of life, only to be dealt a death blow when bad bacteria invade the walls of their intestine and cause devastating infections.

It’s an illness known as necrotizing enterocolitis, Underwood said, and it’s less common if babies are getting breast milk.

“My interest in this disease has led me to wonder whether giving a probiotic to a premature baby would decrease the risk of infection and prevent this disease, necrotizing enterocolitis,” Underwood said.

In sub-Saharan Africa and Southeast Asia, where traditional births and breastfeeding abound, infants are born with far more good bacteria in their intestines than infants in the United States, Underwood and the other researchers noted in their paper.

“It seems fairly common for (U.S-born) babies to not get the same numbers of healthy bacteria from their mom during pregnancy and during delivery and in the first months of life, as they did, say, 100 years ago,” Underwood said.

The research team chose Bifidobacterium because of an odd quirk in the composition of mother’s milk, Underwood said: Human milk contains many elements—fats, proteins, carbohydrates—that babies can easily digest, but it also contains an abundant quantity of at least one thing that babies’ tummies can’t process: sugar molecules known as human milk oligosaccharides.

Why would moms be producing so much of the oligosaccharides if babies can’t digest them?

It turns out, Underwood said, that Bifidobacterium eat them up.

“We think the reason why mom makes these oligosaccharides is to help more healthy bacteria grow in the baby’s intestine,” Underwood said, “and so pairing the two together—mom’s milk plus the bacteria that can best utilize mom’s milk—might be the best way to shift the composition of the group of the bacteria in the gut back to the way they were a hundred or a thousand years ago.”

One of the big questions yet to be completely answered, Underwood said, is: How do the bacteria in the baby’s intestine interact with the immune system?

Bacteria that colonize a baby’s intestine at birth and in the first months of life are actually interacting with the developing immune system and instructing the immune system on how to respond, Underwood said, but now that bacterial balance has shifted.

This has led researchers to the second question: Could this change in babies’ gut health be why chronic diseases such as diabetes, eczema, asthma, autoimmune diseases, allergies, Crohn’s disease and ulcerative colitis have been on a rapid upswing in the past 50 years? And, if so, can we reverse that trend?

“With the introduction of formulas in the ’50s and ’60s and the introduction of antibiotics in the ’40s, ’50s and ’60s and then the increases in C-sections all of those things have changed the composition of bacteria in the baby’s intestines,” Underwood said. “What we haven’t proven yet is that those changes are what’s causing the increase in diseases.”

The Evolve study results look at only 60 newborns—29 receiving the Evivo probiotic and 31 in the control group, Underwood said—but the results indicate a long-term benefit to trying the change the composition of bacteria of breast-fed babies’ guts early in life.

Underwood said his hope is that the National Institutes of Health or another big funding agency will be intrigued enough by the research to put several million dollars into a study that would treat and follow hundreds or thousands of babies to see whether these simple measures can have an impact on the health of a community.