Home » Kids Health » So What If My Kids Are Far Apart In Age?

So What If My Kids Are Far Apart In Age? 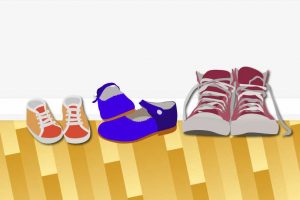 On average, siblings are about 12 to 18 months apart from one another in age. But that’s not always the case, and that’s okay.

Sure, a wealth of research suggests that children who are closer in age exhibit less sibling rivalries, play well together, and the family feels like a unit that grows together — plus, young girls actually benefit intellectually from closer-spaced sibling age gaps.

But there are tons of pros to spacing children out, as well: Parents have more quality time with their children in their young developing years, and older siblings can help raise and teach their younger siblings. Parents may have more time to juggle a career, as well, when they’re only raising one child at a time.

1. “Are your kids from the same marriage?”

Parents of children with an age gap are often asked if their children are from the same marriage. This is, of course, is an uncalled-for question — and it’s perhaps even a touchy subject if the kids are not from the same marriage. Perhaps the first marriage ended poorly, for example. Or, if the children are young, and they don’t understand the concept of step-siblings yet, parents may not want to raise their children as thinking of themselves as “step-siblings” — but, rather, as siblings like all other siblings.

And there’s also the possibility that the kids are, indeed, from the same marriage. And that the age gap was a choice. Either way, it’s no one’s business to ask.

Asking a parent if their child was a “mistake” is terribly inconsiderate. Maybe the pregnancy was unintended, but the outcome is all the same: another member of the family that they love just the same.

Or maybe, again, the last child was not a “mistake” at all, and the age gap was an intentional decision.

Same reason. This question is also not okay.

4. “Why are you starting over so late in the game?”

Many people ask parents of children with an age gap why they’re “starting over,” as if they had somehow finished a game, or if somehow their first time around wasn’t successful. This carries the connotation that their older children are failures in some way, which is offensive in and of itself. It also, again, strips parents of their authority to make a sound decision about if and when they have children.

Sure, science says that when children grow up close in age, they play well together. But there are all sorts of sibling relationships, and it’s up to families as units to cultivate closeness. Some siblings who grow up close in age (even twins!) show rivalry or even resent one another because they’re fighting for their parents’ attention. Meanwhile, some younger siblings who grow up apart from their older siblings cherish the nurturing relationship they have — they have a someone they can look up to, whom they respect and seek life advice from at every stage.

In short, all relationships are different; age gap isn’t the only determining factor in what makes siblings close or not. And asking about this is just short-sighted.

Doubting if children are blood-related just because there’s an age gap is an ignorant assumption. Beyond that, since when is blood relation a determining factor in how someone defines “family”? Many families have step-, half- and adopted siblings — but family is family.

In the same way that asking parents why they’re “starting over” is unacceptable, asking them (even if it’s in a teasing manner) if their first kid didn’t “turn out okay” is just plain ruthless. This suggests that they’ve waited to see how their first child would “end up” — and then they’ve decided to give it another go because the first one didn’t pan out quite as they’d anticipated or hoped. And that suggests that they don’t love their first child. Which is an awful suggestion, so don’t even.

This article originally appeared on Fairygodboss. As the largest career community for women, Fairygodboss provides millions of women with career connections, community advice and hard-to-find intel about how companies treat women.

So Cute! Watch Khloe Kardashian Give Daughter True a Lesson in Self-Love

Shawn Johnson: What's in My Hospital Bag?
Age, apart, are, far, if, in, kids, My, So, what
Latest Posts