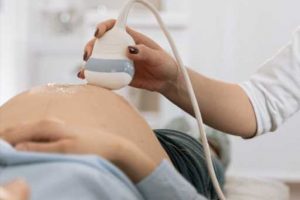 When you’re giving birth, you expect to be able to have a say in what you want to do with your body and how you want to welcome your child into the world. However, this is far front the truth, and this doula is talking about the harsh reality.

A TikToker by the tag name @kjthedoula uploaded a video that’s making its way through TikTok, where she talks about why giving birth on your back is not the way to do it (and calls out facilities that don’t let women advocate for themselves!)

In the one-minute video, she starts by saying “I’m [going to] just say it, because a lot of doulas and birth workers like to save face and not hurt no one’s feelings, but I’m going to be the one to let you know: you should absolutely not be planning to have your baby on your back!”

The TikToker named KJ, who is a holistic birth and postpartum doula, per her website, added, “In my personal opinion, birthing on your back within the medical field is one of the most blatant forms of unnecessary intervention. As soon as you lay on your back to birth your baby, you are instantly restricting your pelvic area by 30 percent. That alone is an issue that by itself is a problem.”

A lot of studies back these claims, with a study conducted by M. Golara MRCOG, F. Plaat FRCA, and A.H. Shennan MD MRCOG on Science Direct finding that birthing in this position can make labor last an average of 22 minutes longer. 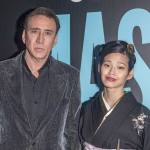 Along with that, Rebecca Dekker, PhD, RN, APRN, reported that approximately “92 percent of women in the US” do the black-lying position rather than the “science-backed postures such as squatting.”

KJ then talked about how even if someone wants to give birth a certain way, many are not given that right. “Before y’all other doulas and birth workers try to come up here and check me, talking about ‘Well, the best birth position is the best birth position for the mom.’ Yes, I 100 percent agree with that, but the issue is that we are not even in the position to even be able to choose. We are not even able to get to that level of an experience where we’re able to dictate what feels best for us.”

“We are going to the hospital, going to lay on the hospital bed, and having a baby. That is the reality for the majority,” she said.

Many TikTok users flooded the comment section, praising KJ and talking about their own birthing experiences. One user named @mizznani2020 said, “yes! laying on my back wasn’t helping me push my baby out. I wasn’t even aware that I could do different positions to birth my baby.”

Another mother named @ericasteffensen told a harrowing tale, saying, “I was forced to lay in my bed, with the monitor, when I requested to move. This was an unmedicated birth. I had a 2nd-degree perineal tear, and I still get pains in my tailbone as a result. Not cool.”

She added, “I was in active labor, in distress, not able to advocate for myself. Told not to push when having fetal ejection reflex.”

People should have the right to advocate for themselves when they’re bringing new life into the world. This notion has been coming up a lot more frequently in the mainstream media, with many parents and doulas also discussing how people should feel as free and as comfortable as they can while going through the beautiful process of giving birth.

Childbirth is nothing like in the movies, as these beautiful photos show.