Home » Kids Health » When should my child start speaking?

When should my child start speaking? 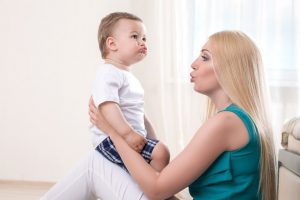 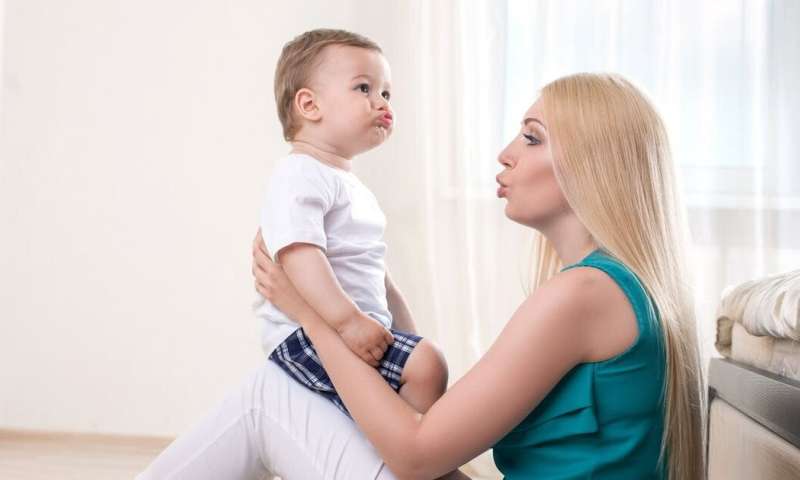 Children develop at varying rates in all sorts of ways, from when they take their first steps to when they understand that their own perspective might be different to someone else’s. Language is no different so there is no set age at which a child should start talking.

There are, of course, certain milestones which most children achieve in their communication at certain ages and it can be a daunting time for parents who see their friend’s children begin speaking earlier than their own. For most children, this is likely just the natural variation in when children achieve their own milestones. For others, this could be a temporary language delay which will eventually see them catch up without any intervention.

It’s not all about speech

Generally, children begin to babble from around the age of six months and say their first words between ten and 15 months (most start speaking at about 12 months). They then begin to pick up increasing numbers of words and start to combine them into simple sentences after around 18 months.

It is important to note that language is not just the sounds we make with our voice. The idea that language is only speech is a huge misconception. We take it for granted, but understanding the language used by those around us is a very complex task. We need to have knowledge of the words being used, have a concept of what those words mean in different contexts and understand the meaning of a sentence based on the order of the words. These are called receptive language skills.

Parents should be aware that from the earliest stages of language development, children understand more than they can communicate themselves. Indeed, it is through children’s understanding of the language surrounding them—in other words, what parents, siblings and caregivers are saying—that they build their own language skills.

Some conditions affecting speech, such as a stutter, are highly noticeable. In contrast, the problems children have when they are not developing language in the typical fashion can sometimes be hidden. Sometimes seemingly complex instructions can be readily understood due to the overall context. For example, telling your child to “go and get your coat and boots on” may be understood due to the context of getting ready to leave the house and understanding the words “coat” and “boots.”

Other instructions with a less clear context, such as “get the blue and black book that is under the blanket on the chair,” require a better understanding of the language itself and might be harder for children with language difficulties. It is often difficult to identify an underlying language problem in many children, particularly when they are good at using the social context.

When to seek help

For the children themselves, it can be very frustrating when they are unable to express their thoughts or when they don’t fully understand what is going on around them. A child that has temper tantrums but finds it hard to say why they are distressed may have an underlying language difficulty. This might signal language delay, which is not uncommon. If you notice that your child finds it hard to follow simple instructions this could be due to a difficulty in understanding language, which may indicate a more persistent problem.

About 70-80% of children with expressive delays catch up with their language by the age of four. For others this might highlight developmental language disorder (DLD), a long-term impairment of language skills. Even experts find it difficult to tell language delay and disorder apart before primary school. DLD is thought to affect 7.6%, or one in 15 children. DLD can affect expressive and receptive language skills and it lasts into adulthood.

All children have the capacity to thrive, but children with DLD may need extra support to achieve their full potential. Rather than “wait and see” it is a good idea to seek professional advice, particularly if your child is between 18 and 30 months and appears to have problems understanding language, uses very few gestures to communicate and is slow at learning new words. The first step is to contact a local speech and language therapy service.

Language is flexible and there is no such thing as too much language input. Whatever level of language development your child has, there are always things that you can do to boost their language skills further.

For example, when you are playing with your toddler, watch where their eyes are going and label the things they see. If they say “horse running,” you can build on this with: “Yes, the horse is running! Where is he running to?” This helps children to learn new words and concepts as well as learn about how better to structure sentences.

Reading books together is great for building language skills, as you can find new words in books for things not often seen in real life, such as zoo animals. It is also valuable in promoting attention and listening skills. Be sure to ask lots of “why” and “how” questions to get more language out of your child, rather than questions which can be answered with a “yes” or “no.” Watching videos or children’s television can be similar, but only if you are watching and discussing the videos or shows together.

Yep, I Let My Kids Swear When They Want