Home » Skin & Body Care » Editor's Letter: A Look Back at 30 Years of Beauty With Allure

Editor's Letter: A Look Back at 30 Years of Beauty With Allure 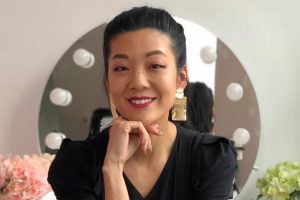 This year is Allure's 30th Anniversary, and we're celebrating by looking back at iconic moments in beauty from the past three decades. You can read more articles like this one here.

In 1991, I was an awkward teenager, dabbling in Noxzema creams and black kohl eyeliner, unsure about my place in the world, let alone where I fit in the culture of beauty.

Back then, beauty was the sprig of parsley to fashion's main entrée. Makeup artists and hairstylists were a presence behind the scenes at runway shows, but actually reporting on what they were doing? It simply wasn't a thing. Magazines highlighted makeup and hair, but as window dressing for the clothes. The mega beauty stores were only a twinkle in their creators' eyes.

Then in March of that year, Linda Wells launched Allure, which treated beauty inventively, like a subject worthy of sharp, insightful writing, deep reporting, and a spotlight all its own. The premier issue (a steal at $2.50) featured a closely cropped image of a full-browed Stephanie Seymour on the cover (before the villainous skinny brow trend hypnotized us all).

It was beauty journalism with a backbone. Allure would become the first outlet to tackle the news of potential health risks associated with certain types of silicone breast implants and one of the first to sound the alarm on the role of formaldehyde in some hair-straightening treatments. Years later, we would ban the term "anti-aging" from our lexicon and help change the conversation about diversity in beauty, including our July 2017 "This Is American Beauty" cover with Halima Aden in hijab, our March 2018 Culture of Hair issue, starring Lupita Nyong'o (that was a finalist in the National Magazine Awards), and the recent digital cover for our Beauty of Accessibility series with Ellie Goldstein, the incredible 19-year-old British model with Down syndrome.

With the reemergence of high-waisted jeans, brown lipstick, Saved By the Bell, and yes, even flip phones, it feels a bit like we've time-warped back to the '90s. But, really, we've come so far. Today, beauty is a vital part of our cultural conversation.

In this issue, we look back at 30 impactful moments and phenomena from the past three decades in beauty, such as social media and selfie culture, the birth of Botox, and the beauty industry's steep road toward greater inclusion. Serendipitously, our cover star Jennifer Lopez is also commemorating a 30th anniversary, of her big break on In Living Color. All of these years later, she's still inspiring millions to reverse-engineer whatever she's doing to get that storied J.Lo glow.

And we couldn't celebrate 30 years of Allure without our founding editor, Linda Wells, who truly shaped the very concept of beauty journalism and championed so many talented artists and burgeoning brands. I'm beyond moved to have her voice back on these pages with a poignant essay on page 104.

Anniversaries rightly encourage us to take a backward glance and indulge in a bit of nostalgia. At the same time, I'm so excited for the path forward as Allure continues to celebrate beauty in its ever-expanding diversity. Let's go together.

Named the unique properties of whey