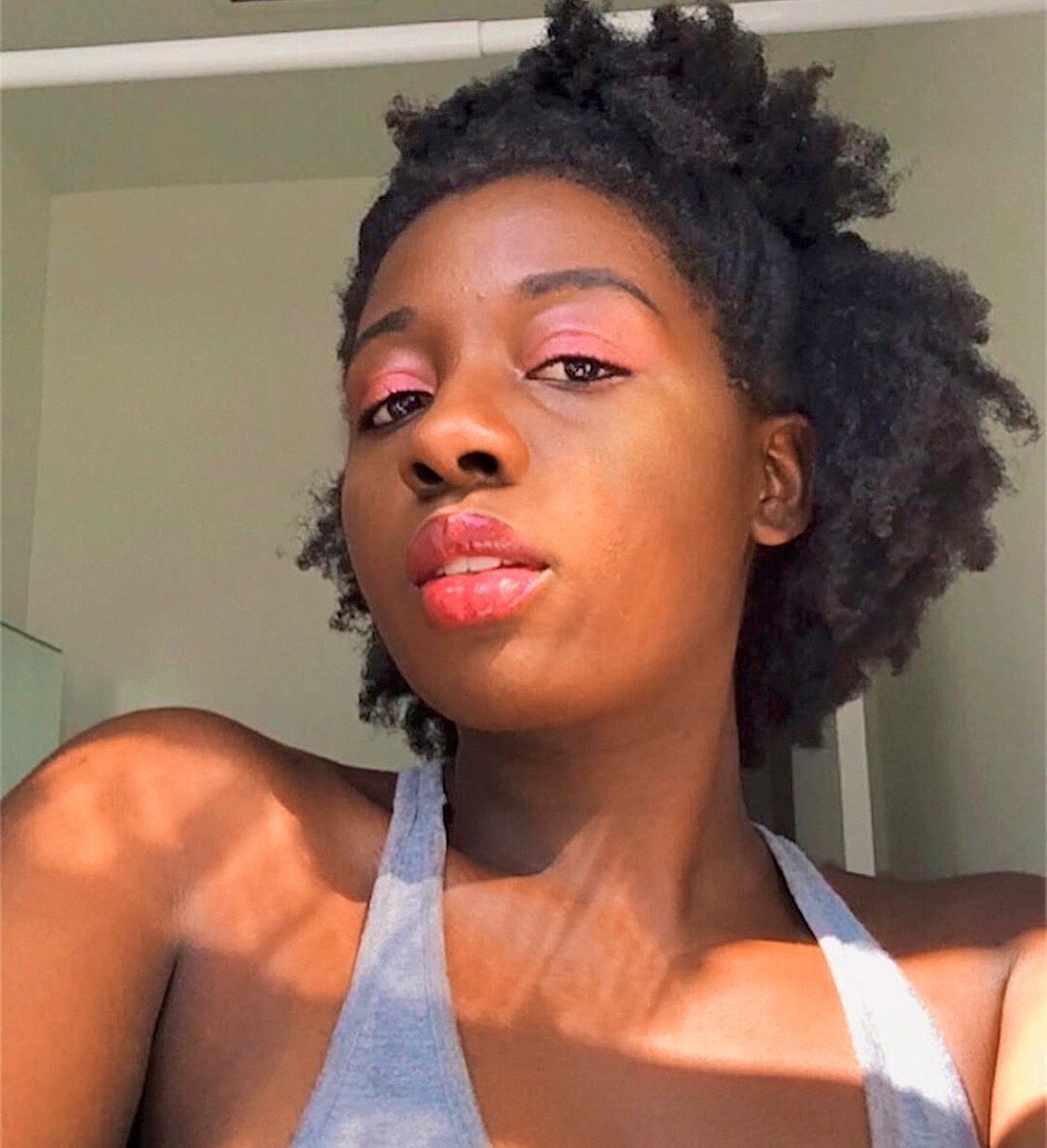 For black women in America, “good hair” has always been a loaded term. It means straight, not kinky. European, not African. It’s become somewhat more inclusive, sure, but the idea lives on. First-generation immigrant Elaine Musiwa explores her experience with, and ultimate rejection of, an oppressive American hair standard.

The first good thing that I remember belonging to me is my hair. I’ve seen photos of myself perched on my beloved yellow bike with green wheels (this is almost every photo at age five, it seems), spinning around my grandmother’s lawn.

But when I think about my childhood now, all I remember is my hair. “It’s like wool,” my mother used to say as I sat between her legs while she wedged a comb into my roots, putting her hand on my forehead for support, before raking back with a force that caused her arms to tense up. “It’s so nice and thick.” Having wool hair was a blessing coming from her. No one on my mother’s side of the family was born with hair like mine, which made my hair a gift.

That was when we lived in Zimbabwe. We came to America when I was six, old enough to take care of my gift on my own. Every evening I would wrap it in small sections with yarn and grease, the way all Zimbabwean girls did when they wanted their hair to grow. And when it was done, my hair would stick out from my head, a dozen yarn-wrapped thorns, and I would smile at myself in the mirror.

The stylist would pull and separate my hair with stiff fingers. 'You
should get a perm,' she would say.

On my first day of sixth grade in South Orange, New Jersey, I went to class prepared for fast friends and hard decisions like whether to sit at this table or that one for lunch. But no such decisions needed to be made. Instead, black girls with straight hair and thick lip gloss whispered and passed notes about my natural twists during class. They made sure to disassociate themselves from me and my hair — they wanted our classmates to know that I was not a representation of them.

In America, my hair was described with words like “nappy,” and “kinky,” and “coarse.” “Good hair” was smooth, silky, and bouncy. It was easy to wash and easy to style. When I sat in hair salon seats, looking forward to box braids, a style that only well-off women could afford in Zimbabwe, the stylist would pull and separate my hair with long, stiff fingers as though sorting through a dirty pile of someone else’s laundry to find something valuable that had been lost. “You should get a perm,” she would say.

I gave up my hair to America and its idea of goodness. My hair became the first thing on my body that no longer belonged to me, followed by my accent, which I tried hard to sterilize, and my figure — I would first starve in high school for white American standards of beauty and then gorge myself on fattening foods in college for black American body standards. My hair abided by the rules that were required for social success, for friends at lunchtime, for kids to stop taunting me in classrooms.

At 13, with the help of my mother, I used a relaxer that came out of the box to get my hair straight and limp. My mother would’ve done anything to make me happy in this new country. We applied the thick cream until it burned, rinsed it out, and brushed through my new, straight hair as strands fell out with each stroke. My once-thick hair had been reduced to a thin ponytail. One of the first boys that I dated called me beautiful only when I graduated to a weave. By then, the edges of my hair were already thinning from the stress of the chemicals and the tension on my scalp caused by sewn-in extensions.

It took seven years to realize all that I had lost. When I told my best friend that I would be cutting off my perm to begin natural regrowth, she told me that I should wait until I was older and no longer interested in being attractive. My mother worried that I would look like a boy. At the age of 20, for the first time, I decided to make a decision about my body that was entirely my own. I cut my hair down to the scalp with a pair of craft scissors in front of the bathroom mirror at my mother’s house. When I was done, my hair looked familiar, like a Zimbabwean schoolgirl’s. It coiled back up as it always had, as though it could’ve waited forever for me, as though it never would’ve changed, not permanently. It kept growing back, coarse and strong, along with my new sense of identity. My natural, good-again hair requires work — twists at night and water and oil in the morning for moisture. But there’s pride in taking care of something that is all mine.

Recently, on a train in the Bronx, where I live now, I overheard a black woman with natural hair being berated by a fellow passenger for the state of her hair. “You should perm it,” the man said, just as I’d been told in middle school. But instead of wilting as I had back then, as many other girls did, the woman stood up from her seat on the subway to look the man in the eye and said, “My hair is doing just fine.” Her thick, tapered Afro with gold lightning-bolt highlights piercing their way through it was, without a doubt, good.

A version of this article originally appeared in the August 2018 issue of Allure. For fashion credits, see Shopping Guide. To get your copy, head to newsstands or subscribe now.

These Five Instagram Influencers Show the Versatility of Natural Hair

The Ultimate Guide to Tipping For Beauty Services