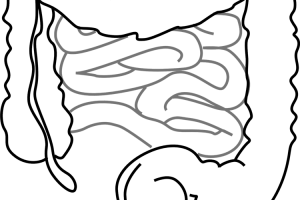 The public should be wary of searching for probiotic information online as most webpages originate from unreliable sources and the health-benefit claims are often not supported by robust scientific evidence.

A new study, published in Frontiers in Medicine, cautions that while Google is adept at sorting the most reliable websites to the top of the list, the majority of websites providing information on probiotics are from commercial sources.

“Most webpages with information on probiotics are from commercial sources or news outlets but these provide the least complete information, in terms of not discussing potential side effects or regulatory issues,” reports author Professor Pietro Ghezzi, from the Brighton and Sussex Medical School, UK.

“We also find many websites allude to benefits of probiotics in diseases for which there is not much high-level scientific evidence, other than in mice.”

Probiotics are live organisms that, if research holds its promise, could be beneficial to health. There is a large US market for probiotics but less so in the EU, likely due to stricter regulation for health claims. Nevertheless, the market for probiotics continuously expands with the globalization of online sales.

Should we believe the hype?

Concerned that the public has unrealistic expectations about the beneficial effects of probiotics (bolstered by online claims and hype in the news), Ghezzi and his colleagues decided to assess the information that the public were exposed to when searching online.

“We assessed the first 150 webpages brought up by a Google search for “probiotics”, recorded where they originated from and the diseases they mentioned. The scientific evidence for health benefits of probiotics against these diseases were then examined for scientific rigor,” explains co-author Michel Goldman, a Professor at the Institute for Interdisciplinary Innovation in healthcare, Université libre de Bruxelles, Belgium.

The researchers used the Cochrane library—a database of clinical trials and meta-analyses of evidence-based medicine—to assess the strength of scientific evidence found online.

Goldman adds, “We also looked at how Google ranked these websites, as often the public will not go past the first ten results—these will therefore have a higher visibility and impact.”

News-outlets and commercial sources made up the majority of the 150 webpages and the analysis showed these were the least reliable, often not mentioning the side effects on immunocompromised individuals nor any regulatory issues. In addition, the findings of experiments on mice were used to make claims about probiotic benefits against disease in humans.

But it’s not all bad news. Ghezzi explains that Google has developed very stringent criteria for ranking health-related websites, however, we should always question where the information originates from.

Is the future of abortion online?

Vitamin E oil might be cause of vaping-linked lung injuries
Be, claims, health-benefit, of, online, Probiotic, wary
Latest Posts