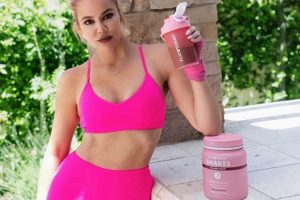 A Connecticut senator is calling for an investigation into companies that sell detox products that are marketed by “celebrity influencers.”

Sen. Richard Blumenthal, a Democrat representing Connecticut, sent a letter to the chairman of the Federal Trade Commission on Tuesday expressing “our deep concern” over detox teas and shakes and “their false promotion as shortcuts to healthy weight loss and management.”

“These products, marketed to adolescents and young adults through celebrity endorsements and social media for weight loss and wellness, are ineffective at best and dangerous at worse,” Blumenthal wrote.

Blumenthal singled out Kardashian West in his letter.

“Kim Kardashian, a powerful influence on young women, recently raved about how Flat Tummy Co.’s products are ‘helping me get my tummy back to flat,’ implying that these products are an integral part of achieving this level of fame and success,” he wrote. “Additionally, celebrities can reportedly earn six-figure sums for a single social media post promoting a ‘detox tea,’ frequently without any expectation that these celebrities personally use these teas and expose themselves to the products’ associated dangers, in violation of the FTC’s Endorsement Guidelines.”

Those potential dangers in the teas, Blumenthal said, are from the senna leaves and seeds that makeup the ingredients.

“While senna is approved by the U.S. Food and Drug Administration (FDA) as an over-the-counter laxative for occasional use, the National Institutes of Health (NIH) cautions against using this product for more than 14 days, and notes that there is insufficient evidence for its effectiveness in promoting weight loss,” he said.

Blumenthal also cited the psychological problems that could be exacerbated by weight-loss marketing messages.

“Research has shown that girls and young women who begin using laxatives — like those found in ‘detox teas’ — for weight loss are at a higher risk for developing eating disorders, and the American Academy of Pediatrics recommends that adolescents avoid these products completely due to their associating with eating disorders.”

He mentioned actress Jameela Jamil — who is actively fighting against these products and criticizing celebrities who endorse them — as someone who was negatively impacted by laxative products, and for her work against them.

“She has stated that ‘I was the teenager who starved herself for years, who spent all her money on miracle cures and laxatives and tips from celebrities on how to maintain a weight that was lower than what my body wanted to be. I was sick, I have had digestion and metabolism problems for life.’ ”

Blumenthal’s goal is to get the FTC to investigate the companies that sell detox products “and take appropriate enforcement action to protect unwitting consumers from harm.”