Could music you help create in your lunch hour fight depression? 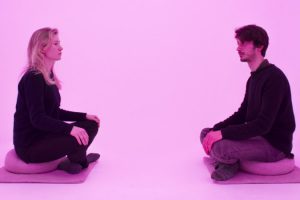 The site of the Old Truman Brewery, off London’s Brick Lane, is home to galleries, a rare denim shop, Rough Trade Records, street food traders, crazy golf and plenty of bars. It’s also where you’ll find the first pop-up Wavepaths Space, which uses music to guide visitors through a drug-free psychedelic experience during their lunch hour, or for any quick respite. 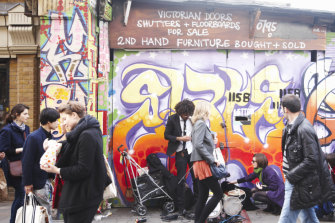 Brick Lane in London: an unlikely spot to find a neuroscientist at work?Credit:Visit Britain

It’s the creation of neuroscientist – and Wavepaths CEO – Mendel Kaelen, who’s harnessed both the therapeutic and the commercial potential of psychedelic research, earning him profiles in Rolling Stone, Wired and GQ.

While his PhD with Imperial College London examined the role of music in psychedelic therapy, such as for depression, Kaelen now develops what he calls psychedelic technologies. These use music and machine learning to offer insight to those wanting to improve their wellbeing, not just to those who are critically ill or suffering from poor mental health, the typical targets of researchers.

On my visit to the Wavepaths Space I am instructed by the resident therapist to take off my shoes before entering the first room, bathed in colour from a fluctuating light installation by Brian Eno. The effect is of blurring the boundaries of the room, creating a dissociative effect.

The therapist talks me through setting an intention and then I’m shown into the second, three-by-three-metre room, which is pitch black. I recline in a leather chair for 30 minutes and listen to the ambient music that’s coming through the custom-designed L-Acoustics speaker system.

The music is made up of "stems" – essentially notes or phrases, created by composers Jon Hopkins and Greg Haines – which are then woven into a composition in real time. They respond to my emotions, which are picked up by breath sensors. If I’m experiencing heightened emotions, the music should also swell. I’ve ignored instructions to avoid coffee and alcohol, which might account for the fact that the composition always seems to zag when I think it should zig. 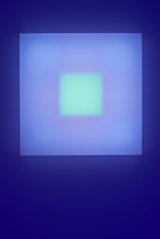 The only thing missing in this psychedelic scenario is the hallucinogenic drug itself, despite Kaelen’s previous work involving LSD, psilocybin and MDMA. That’s partly because he aims to create an altered state of consciousness without drugs – through a sense of floating and a loss of time perception – and partly because, even though this is Brick Lane, to provide drugs would be frowned upon.

In the Wavepaths Space, the participant literally creates the music through their body, and that idea of agency arises from an influential study that Kaelen worked on with other leaders in the psychedelic research field, such as Professor David Nutt and Dr Robin Carhart-Harris.

The point of The hidden therapist study was to measure the impact of music in an Imperial College London trial that used psilocybin to treat depression. A playlist of ambient, neo-classical, contemporary classical and traditional/ethnic music styles had been chosen by researchers to evoke emotions, images and memories in the participants. In a sense, the "hidden therapist" of music is more communicative than the two human therapists sitting either side of each participant’s bed, as traditionally, therapists intervene minimally in psychedelic settings.

While many participants reported positive outcomes from the playlist, others admitted to negative responses, including “a sense of being manipulated” and “a sense of unmet potential”. One participant in particular complained that the song choices reminded him of funeral music and death. 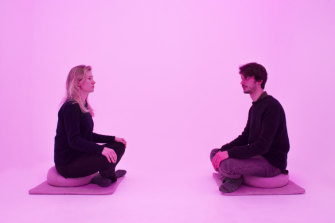 “There are two ways to interpret that,” says Kaelen. “One is that he was resisting going into those domains that may have real therapeutic significance for him, so the music was providing a lot of direction and the individual was not ready to go there. The second is that the music was dissonant with the individual’s present unfolding experience.”

London-based researcher Jon Weinel agrees with those conclusions. His book, Inner Sound, looks at the history of music in shamanic psychedelic rituals, such as the peyote use of Kiowa Native Americans that has been documented in field recordings, and Mazatec mushroom use in Mexico, like that described in a 1957 Life magazine article by New York banker-turned-psychonaut R. Gordon Wasson.

“Music would definitely be useful to complement contemporary psychedelic therapies,” Weinel says, “as it could be used to structure the experience and maintain a positive mood, much in the way it serves this function in shamanic cultures. However, if we design certain types of music and prescribe them to people, we are ignoring the individual resonance and their own cultural choice.”

And yet, until recently, playlists in trials have tended to be fixed. Johns Hopkins University released the classical track listing that its team used for treating anxiety and depression in cancer patients with psilocybin, and similarly, the Multidisciplinary Association for Psychedelic Studies (MAPS) has published spiritually inclined playlists from its own MDMA trials to treat PTSD and anxiety.

In Melbourne, they’ll be doing things differently. A year after its publication, The hidden therapist helped shape the decisions of the team behind Australia’s first psychedelic trial at St Vincent’s Hospital, in which psilocybin will be used to aid meaning-making and relieve end-of-life anxiety in palliative care patients.

When the trial begins in September, Dr Martin Williams and the team will work with 30 participants to create tailored playlists that feel safe and significant, in keeping with Kaelen’s sentiment that “if you use a fixed playlist for everyone, it’s exactly the same as writing a protocol that dictates what sentences to tell every patient at fixed time points”.

According to Williams, the trajectory of a psychedelic experience can be split into three parts. “There’s the initiation phase, during which time people are often a little anxious, then the fairly busy peak phase when the internal aspects tend to predominate. After that, there’s a long comedown, during which time people become increasingly aware of what's going on beyond their own heads.”

It’s likely the Melbourne participants will curate two or three playlists with the help of music therapist Dr Clare O’Callaghan, so that they can switch between them during the psychedelic experience. Playing it by ear, in other words.

Back in London, Kaelen has big plans for Wavepaths that will continue to utilise his findings about the role of music in psychedelic therapy for broader, more accessible purposes.

Angel investors have facilitated the building of a permanent Wavepaths location in London to open in early 2020, which will likely see the introduction of further technology that monitors physiological signals, such as heart rate variability and skin response, to create compositions. He’s also planning a series of Wavepaths wellbeing pods that can be hired by businesses and he has the pipe dream of smaller pods spread throughout cities that people would access in the same way they access shared bikes and scooters.

Following the opening of the first permanent space will be the launch of the Wavepaths app, downloadable by the public. This will be a digital recreation of the space experience, using music-as-therapist to wind down or rejuvenate or gain emotional insight. There’s also the option of having the experience guided or unguided. 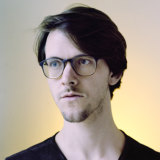 But, he says firmly, it’s not another meditation app. While Wavepaths products avoid using clinical language or making reference to mental health – “for legal and moral reasons we don't want to make any claims on something that is still experimental technology” – the app will borrow from different methods of psychotherapy.

“When you have an app, there's a danger that people will use it more casually. It becomes another gimmicky tool that people expect will solve a problem for them,” he says. “We focus on helping individuals coping with loss in a constructive way, or coping with stress, or unveiling personal values and a new direction in life. I think there's a big opportunity to make methods of self-inquiry much more engaging, accessible and fun.”

Kaelen expects that some users will turn to the app to guide their psychedelic drug experiences, though it’s not something Wavepaths is actively promoting. But because his background is in psychedelic research and he’s a big believer in psychedelic sessions being facilitated, they’re also creating a licensed version of the app for psychedelic therapists and psychotherapists to use as an adjunct for their clients. “There is a prototype that is already used by studies in Europe using MDMA to treat severe PTSD,” he says.

He also thinks there’s an as-yet unmet need for a tool that addresses the fact that many patients of psychedelic therapy relapse after eight months.

“There's not really any other method available that supports them in integrating these experiences in a constructive manner,” he says. “I do believe that there's a very powerful role for music and this deep listening approach we are developing to support people in continuing that same process of self-inquiry in a way that's way less exhausting for the brain and much easier to repeat.”

This Could Be What's Causing Your Depression

High quality websites and apps could help those in chronic pain to manage symptoms, researcher says
could, create, depression, fight, help, Hour, in, Lunch, Music, you, Your
Latest Posts