Home » Health News » Dawn French health: ‘I’m in hell’ – star on her ‘awful’ condition that flares up on stage

Dawn French health: ‘I’m in hell’ – star on her ‘awful’ condition that flares up on stage 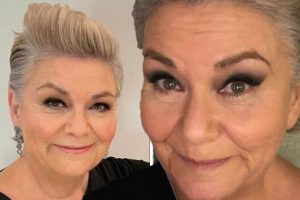 The comedy duo have worked together as French and Saunders since the launch of their BBC sketch comedy series back in 1987, and off-screen remain close friends, so it is without doubt that when French’s health was in question, Saunders supported her through it. The star’s health was first questioned when she was diagnosed with vertigo back in 2014 and when seeking medical attention for her severe symptoms, doctors thought she might have had a brain tumour.

Speaking about her experience with vertigo when appearing on Michelle Visage’s Rule Breakers podcast she said: “It is like my skull is a room and the whole of the top is collapsing inwards, and everything starts spinning.

“It’s like being very drunk and not understanding what is up and what is down.

“For a while they thought I might have a brain tumour… It was like being on a buffeting boat or something. It was awful, absolutely awful.”

After panicking about her condition, the star was eventually told by a medical professional that her vertigo was being triggered by the bright lighting on stage.

As a result of the bright light, the audience were plunged into darkness leaving French nothing to “latch” onto and fearing that she might fall over.

“I went and had all kinds of investigations and in the end a very clever neurologist told me, ‘No, this is triggered by all the light which is side-lit on the stage,” French went on to say.

“Your brain cannot take all of this light because you’ve got that coming into the side of your eyes but you’ve got blackness right in front of you where the audience are. You’ve got nothing to latch your eyes to’.

“The stage is raked so my body is having all of these weird signals that you’re not upright. I took a stick on stage with me and I would make my two legs very wide on stage and I would put the stick in front of me like a tripod so that I had something to stand up to.”

The NHS explains that an attack of vertigo can last anywhere between a few seconds to hours. For some with severe vertigo, the condition may last for months.

The condition often occurs due to a problem with the inner ear including vestibular neuritis, Meniere’s disease or BPPV which all involve either dislodged particles in the ear or a buildup of fluid and changing pressure in the ear.

Less often vertigo may be associated with:

In order to try and curb her symptoms, French was prescribed Beta blockers, but in a cruel twist of fate, she soon realised the medication was making the condition worse.

Eventually the condition disappeared after she finished tour, but the star still lives with the fear that it may return.

“If it kicks off I know that I’m in hell, holding on to walls.”

Treatment for vertigo depends on what is causing the condition in the first place. In some cases the condition will get better without any intervention, but in other cases treatment is needed to help maintain an individual’s balance.

The NHS explains that beta blockers work mainly by slowing down the heart. They do this by blocking the action of hormones like adrenaline and are commonly used to treat the following:

Although not a common treatment for vertigo, beta blockers can be used to treat vertiginous migraine headaches or anxiety that some people may develop.

In addition to medication, the NHS recommends individuals do the following in order to help reduce the number of episodes you have: