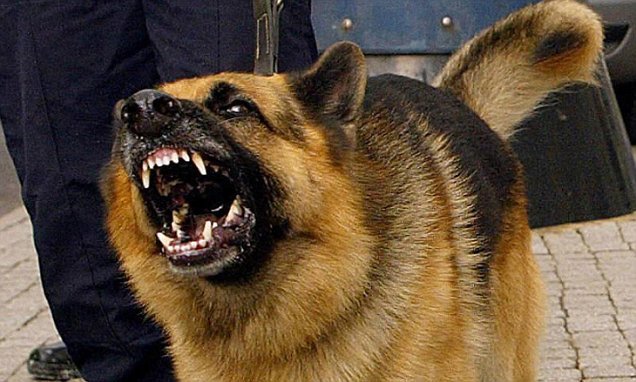 Thousands of holidaymakers are spending their summer holidays in countries where there is a high risk of getting rabies from a dog, figures reveal (so which pose the biggest threat?)

Thousands of Brits are spending their summer holidays in countries where there is a high risk of getting rabies from a dog, official figures reveal.

Health officials have released new data showing the risk of contracting deadly rabies in countries all over the world, and warn travellers not to touch animals abroad.

The UK, Australia and New Zealand have no risk of the disease but the danger is slightly higher in the US and Canada, where foxes, skunks and raccoons transmit it.

Popular tourist destinations like Egypt, Tunisia and Turkey all carry a high risk of dogs transmitting rabies to people, as does Russia, which may be seeing a boost in visitors because of the World Cup.

The guidance, issued by Public Health England, follows a commitment by the World Health Organisation to wipe out human deaths from the disease by 2030.

Rabies kills 59,000 people a year – one person every nine minutes – and nearly all cases are caused by bites from dogs, which can be vaccinated against it. 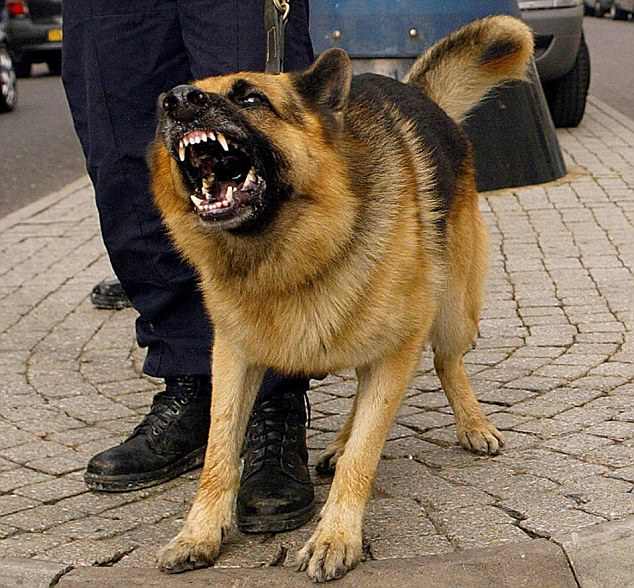 Nearly 200 countries have been assessed by Public Health England (PHE), and a full table of their ratings is at the end of this article.

Tourism in the countries took a hit amid terrorism concerns after 30 holidaymakers were shot dead in Tunisia in 2015, and ISIS has carried out attacks in Egypt and Turkey.

But people flocking back to the countries may need to be wary of dogs there, because all three countries have a high rabies risk.

‘If bitten on holiday, don’t wait until you get home to see a doctor’

And they are not alone – 103 countries on PHE’s list are classified as high-risk, and the health experts have issued a warning to summer travellers.

Dr Katherine Russell, consultant epidemiologist at PHE  said: ‘We have updated our rabies guidance to reflect the most recent evidence and best practice in England.

‘As the summer holidays approach, people travelling abroad should be aware of the rabies risks in countries they are visiting and avoid touching or feeding animals while abroad.

‘Rabies vaccination may be relevant for some people, so discuss it and other health issues with a travel health professional before going on holiday.

‘If someone is bitten by an animal abroad, they should seek local medical attention and not wait until they get back home.’

Meat-eating mammals like dogs and foxes are biggest carriers

All countries in the world, except the UK and Ireland, are considered to be high risk for rabies in bats, but bats are generally unlikely to bite people. The disease may also be spread by rodents and primates.

Rabies is a deadly infection of the brain and nervous system which is usually caught through a bite or scratch from an infected animal.

The disease is rare but is almost always fatal once symptoms have started in people who have not been vaccinated.

Symptoms usually take three to 12 weeks to develop and can include a fever, headache and pain where the injury was.

As the disease gets worse people can become aggressive, have hallucinations, have muscle spasms or paralysis, have difficulty swallowing or breathing and even froth at the mouth.

The disease is then likely to result in seizures, coma and death.

Rabies is most common in Asia, Africa, and Central and South America, but is found around the world. There is almost no rabies in the UK except in a small number of wild bats.

If travelling to an area with a high risk people can be vaccinated, and should avoid any contact with animals.

After a bite or scratch people should clean the wound and seek immediate medical help, wherever they are in the world.

But the most common carriers are carnivorous mammals like dogs, foxes and raccoons.

In high risk countries, there is a chance both wild or pet animals may have the disease.

Both the US and Canada have low risk, but foxes, skunks and raccoons pose a threat.

Rabies is nearly always fatal in people unless they have been vaccinated, and seriously infects the brain and nervous system.

Symptoms start off mild with a fever and headache but progress to aggressive behaviour, muscle spasms or paralysis and eventually coma and death.

The disease can also cause people and animals to foam at the mouth, the symptom it is perhaps most associated with.

Commitment to eradicate deaths from rabies spread by dogs

The World Health Organisation in June said it is committed to completely stopping people dying from the disease by 2030.

It said: ‘We can prevent rabies deaths by increasing awareness, vaccinating dogs to prevent the disease at its source and administering life-saving treatment after people have been bitten.

‘We have the vaccines, medicines, tools and technologies to prevent people from dying from dog-mediated rabies.

‘For a relatively low cost it is possible to break the disease cycle and save lives.’

Other tourist destinations which have a high risk include the Indonesian island of Bali, which is popular among young people and Australian travellers, and Morocco and South Africa.

Most of Europe is low or no risk, but foxes are thought to be dangerous in Croatia, Slovakia and Slovenia.

A six-year-old Florida boy died in January after being scratched by a bat with rabies.

Ryker Roque died on Sunday January 14 at an Orlando hospital after touching a bat which his father Henry had found in the garden and put in a bucket.

A person can survive rabies if they are given a vaccine immediately after being infected, but Ryker’s parents only cleaned his wound and didn’t take him to the hospital because their son cried when they told him he would need a shot.

A week later his fingers started to numb, he was unable to walk and began hallucinating, prompting his parents to take him to seek medical help.

He underwent experimental treatment that has only cured two patients in the US, but succumbed to the nearly always fatal disease.

Many Young Kids Not Screened for Developmental Delays

One in three teens have not read a book in the past YEAR
animals, countries, danger, Holidaymakers, NOT, rabies, touch, visiting, warned
Latest Posts