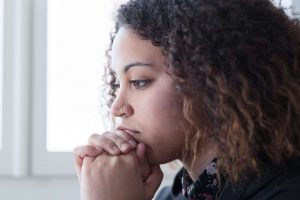 Dopamine plays a part in controlling the movements a person makes, as well as their emotional responses. The right balance of dopamine is vital for both physical and mental wellbeing.

Vital brain functions that affect mood, sleep, memory, learning, concentration, and motor control are influenced by the levels of dopamine in a person’s body. A dopamine deficiency may be related to certain medical conditions, including depression and Parkinson’s disease.

A dopamine deficiency can be due to a drop in the amount of dopamine made by the body or a problem with the receptors in the brain.

The symptoms of a dopamine deficiency depend on the underlying cause. For example, a person with Parkinson’s disease will experience very different symptoms from someone with low dopamine levels due to drug use.

Some signs and symptoms of conditions related to a dopamine deficiency include:

Low dopamine is linked to numerous mental health disorders but does not directly cause these conditions.

The most common conditions linked to a dopamine deficiency include:

In Parkinson’s disease, there is a loss of the nerve cells in a specific part of the brain and loss of dopamine in the same area.

It is also thought that drug abuse can affect dopamine levels. Studies have shown that repeated drug use could alter the thresholds required for dopamine cell activation and signaling.

Damage caused by drug abuse means these thresholds are higher and therefore it is more difficult for a person to experience the positive effects of dopamine. Drug abusers have also been shown to have significant decreases in dopamine D2 receptors and dopamine release.

Diets high in sugar and saturated fats can suppress dopamine, and a lack of protein in a person’s diet could mean they do not have enough l-tyrosine, which is an amino acid that helps to build dopamine in the body.

Some studies have found that people who are obese are more likely to be dopamine deficient too.

There is no reliable way to measure levels of dopamine in a person. However, a doctor may look at a person’s symptoms, lifestyle factors, and medical history to determine if they have a condition related to low levels of dopamine.

Treatment of dopamine deficiency depends on whether an underlying cause can be found.

If a person is diagnosed with a mental health condition, such as depression or schizophrenia, a doctor may prescribe medications to help with the symptoms. These drugs may include anti-depressants and mood stabilizers.

Ropinirole and pramipexole can boost dopamine levels and are often prescribed to treat Parkinson’s disease. Levodopa is usually prescribed when Parkinson’s is first diagnosed.

Other treatments for a dopamine deficiency may include:

Supplements to boost levels of vitamin D, magnesium, and omega-3 essential fatty acids may also help to raise dopamine levels, but there needs to be more research into whether this is effective.

Activities that make a person feel happy and relaxed are also thought to increase dopamine levels. These may include exercise, therapeutic massage, and meditation.

Dopamine and serotonin are both naturally occurring chemicals in the body that have roles in a person’s mood and wellbeing.

Serotonin influences a person’s mood and emotions, as well as sleep patterns, appetite, body temperature, and hormonal activity, such as the menstrual cycle.

Some researchers believe that low levels of serotonin contribute to depression. The relationship between serotonin and depression and other mood disorders is complex and unlikely to be caused by a serotonin imbalance alone.

Additionally, dopamine affects how a person’s moves, but there is no clear link to the role of serotonin in movement.

Dopamine deficiency can have a significant impact on a person’s quality of life, affecting them both physically and mentally. Many mental health disorders are linked to low levels of dopamine. Other medical conditions, including Parkinson’s disease, have also been linked to low dopamine.

There is limited evidence that diet and lifestyle can affect the levels of dopamine a person creates and transmits in their body. Certain medications and some therapies may help relieve symptoms, but a person should always speak to a doctor first if they are concerned about their dopamine levels.