How beetroot juice may boost health 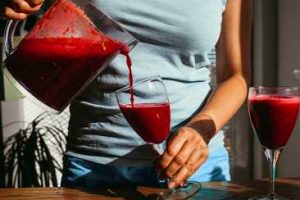 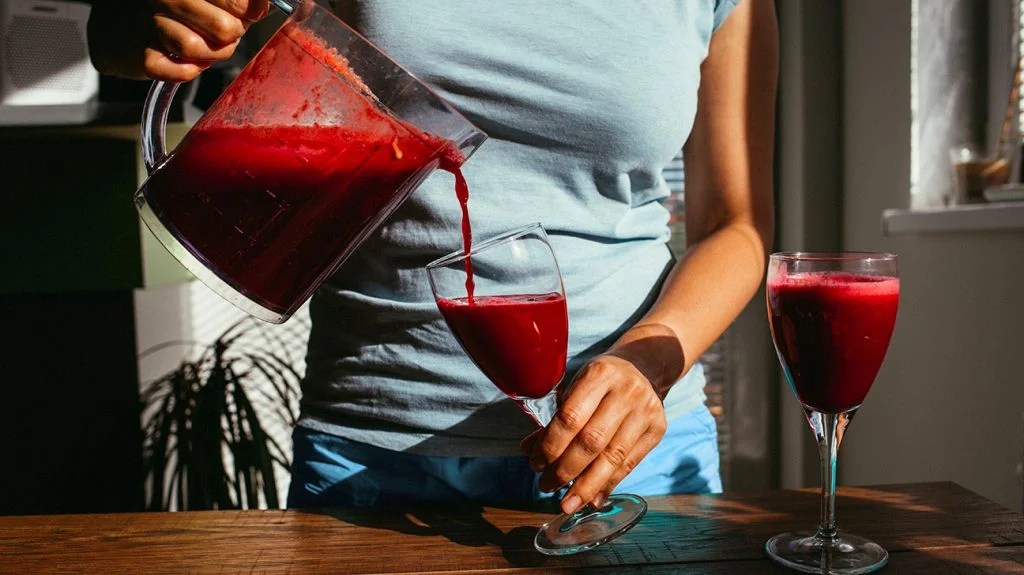 Previous research has shown the community of bacteria and other microorganisms that lives in our gut, known as the , to affect our health and well-being in a multitude of ways, many of them positive.

Much of the information on the bacteria that make their home in our mouths, however, focuses on gum disease and its knock-on inflammatory effects around the body.

The role of oral bacteria in producing nitric oxide, which benefits cardiovascular and cognitive health, is much less well-known.

Many species of oral bacteria convert the in vegetables into nitrite. Nitrite is a precursor for nitric oxide, a signaling molecule that dilates blood vessels and transmits messages between neurons in the brain.

In older people, reduced availability of nitric oxide may contribute to hypertension (high blood pressure) and a decline in cognitive function.

A new study suggests that drinking beetroot juice, which is rich in inorganic nitrate, can alter the balance of bacteria in the mouth in favor of species that promote better cognitive and cardiovascular health.

The findings of this study help explain the proven benefits of beetroot juice for lowering blood pressure in people with hypertension.

Other vegetables that contain a lot of nitrates, including cabbage, lettuce, spinach, and celery, could offer similar benefits.

Scientists at the University of Exeter in the United Kingdom led the research, which features in the journal Redox Biology.

“We are really excited about these findings, which have important implications for healthy aging,” says lead author Prof. Anni Vanhatalo.

“Maintaining this healthy oral microbiome in the long term might slow down the negative vascular and cognitive changes associated with aging,” she adds.

Juice with or without nitrate

The smell and taste of the two drinks were the same.

After a washout period of 3 days, the groups switched, and the participants consumed the other drink for 10 days.

The researchers asked the participants not to use mouthwash during the study.

Before, during, and after the experiment, they administered a battery of physiological and cognitive tests. They also identified bacterial species by sequencing genetic material in saliva samples from the participants.

On average, the participants’ systolic blood pressure fell by 5 millimeters of mercury after 10 days of drinking nitrate-rich beetroot juice. In addition, the tests indicated a greater availability of nitric oxide in their blood.

Those drinking the nitrate-rich juice also performed better on tests of sustained attention.

The researchers used a statistical technique to identify two distinct clusters of bacterial species that flourished in the participants’ mouths when they drank regular beetroot juice.

These two clusters or “modules” (labeled MM5 and MM6) not only tended to co-occur in the same mouths but were also associated with improvements in cognitive function and blood pressure, respectively.

The authors propose that these nitrate-sensitive oral bacteria would make suitable probiotics to redress age-related declines in cardiovascular and cognitive health.

A third cluster of species, which previous research has associated with inflammation, failed to thrive in the mouths of participants drinking regular, high-nitrate beetroot juice.

Prof. Vanhatalo cautions that further research will be necessary to determine whether these findings apply to other groups of people.

“Dietary nitrate reduced their blood pressure on average, and we are keen to find out whether the same would happen in other age groups and among people in poorer health,” she adds.

The authors also note that the technique they used to identify bacteria, called 16S ribosomal sequencing, determines the relative abundance of the organisms rather than their absolute amounts or metabolic activity.

The latter quantities will influence the extent of nitrite production in the mouth and, therefore, the availability of nitric oxide.

In addition, the authors write that 16S sequencing (which effectively reads the sequence of a single gene) is not very good at identifying individual species of bacteria.

To develop probiotics, they say, researchers will need to use a technique called whole genome sequencing, which is more expensive but more accurate.

COVID-19: Could gut bacteria be involved?

Zika and other arboviruses linked to neurological issues