Home » Health News » ‘It’s in the Water’: Six Nurses in One Hospital Unit Are Pregnant

‘It’s in the Water’: Six Nurses in One Hospital Unit Are Pregnant 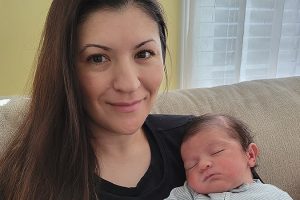 It started as a secret shared with a patient. A nurse at The Moses H. Cone Memorial Hospital in Greensboro, North Carolina, admitted she was pregnant — and when the information started making the rounds, one by one five other nurses in the heart failure progressive care unit announced they were expecting too.

Like the other nurses in the unit who stepped forward over the course of a few weeks to inform Mabolo they were pregnant, Jasmina Cvijetic, RN, was initially apprehensive about her supervisor’s reaction. “I wasn’t the first, but I was a little scared. I thought: ‘I have to tell her too.’ It was too early to share my news, but I wanted her to be prepared.”

Cvijetic, now on maternity leave after giving birth last month, told Mabolo, ” ‘I have something to tell you and I’m going to tell you fast and then I’m going to leave your office.’ … I didn’t know how she would take it, one more” pregnant nurse announcing their condition.

Mabolo seemed to take the stream of coincidental pregnancies in stride. She was accustomed to nurses announcing they were leaving or changing from full-time to part- time for various reasons. “I’ve been a nurse for 44 years and I’ve never had this before in my career, all at the same time six nurses in one department…in the midst of a pandemic.” 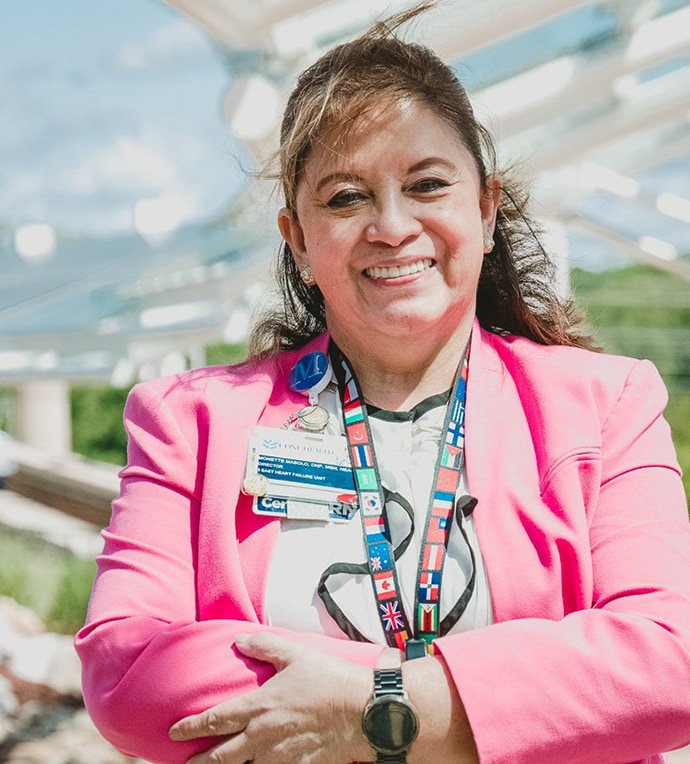 Monette Mabolo, RN, is the director of the heart failure unit at Moses Cone Memorial Hospital, where five nurses are pregnant and another just gave birth a few weeks ago. “The joke here is that it’s in the water.”

Mabolo was supportive and encouraging, but was also realistic about staffing the unit. “Holy tamale, that will be four leaving in the month of February.” She thought: “How are we going to replace four nurses?…We were already tight on staffing.”

Still, she said she was glad to see the pregnant nurses, from new mothers to more experienced ones, helping each other more in the unit.

Dianna Monroe, RN, expecting her third child in June, recounted how a nurse in the unit announced she was pregnant last year and within weeks after she delivered, four other nurses spilled their news. “I was not far along to share, so I played along.” Ironically, before Monroe was ready to share her pregnancy, a secretary predicted: “I know there’s a fifth nurse. I know there’s somebody,” Monroe recalled.

“Before the holidays I decided to make the announcement. I knew it was important to share with my co-workers and Monette…She was very receptive and excited for me. I could still see the panic in her eyes past the mask on her face.” Monroe said she realized it would be a challenge to line up a replacement during Christmas and with an Omicron surge at the time. 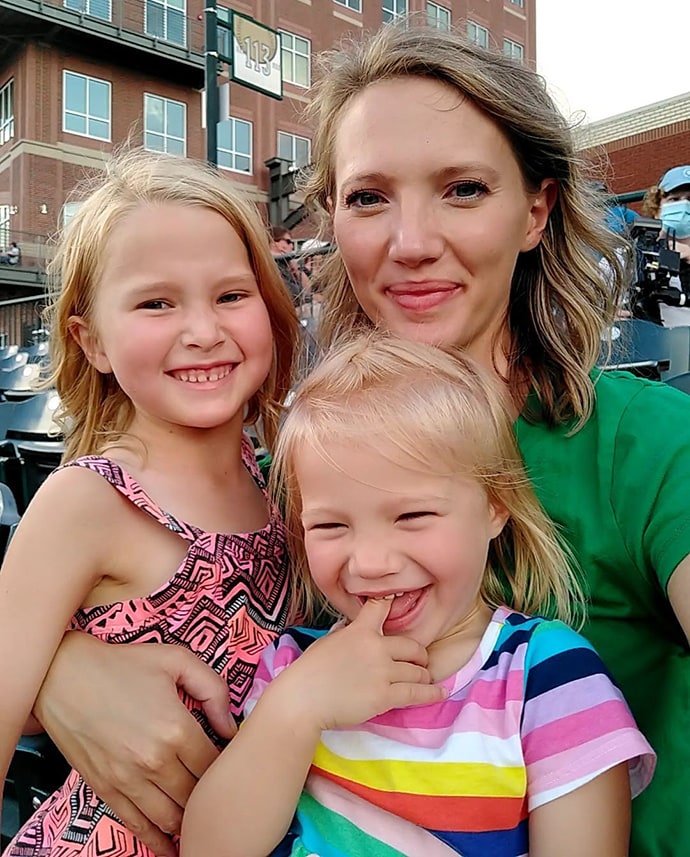 Dianna Monroe, RN, a nurse on the heart failure unit at Moses Cone Memorial, is expecting her third child in June.

The department recently started caring for COVID patients, which it had not done previously as a unit that specializes in heart failure, Mabolo said.

The pandemic creates an added layer of concern for the pregnant nurses. For Cvijetic, it was the second time as a new mother during a pandemic. She had just finished maternity leave when her daughter was born 2 years ago and returned to the fear of the unknown, before vaccines.

“It was new…and I was a first-time mom with a 3-month-old. This time I was pregnant, it was a new normal. I was not as scared. I am more confident. We have knowledge of how to protect ourselves and protect the patient.”

Monroe had a 1-year-old when COVID started and has had another child since. “Being a nurse is never easy,” she said. “When you are pregnant you are always exposed. As a mom, you don’t want to get sick and bring it home to any children.”

The expectant mom said she’s not as fearful being pregnant this time around because she and the other nurses in the unit have been vaccinated and they have better tools at their disposal to work with COVID patients. “It’s not quite as scary,” she said.

Still, Monroe is empathetic with her supervisor. “It’s a little unfair she has to replace us when we are gone.” To this, Mabolo had a simple response: “Hopefully you all will be back.”