Matcha tea latte, anyone? Pass the martini glasses, sit back and enjoy 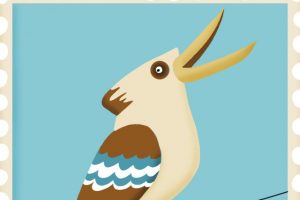 I start every day of my life with a cup of coffee. One of those coffees stands out, although it wasn't even served in a cup. A few years ago, in the fresco-filled hillside town of Cortona, a short drive from Florence but an even shorter drive from the Prada factory outlet store, I was introduced to the shakerato. This is espresso and ice cubes poured into a martini glass. 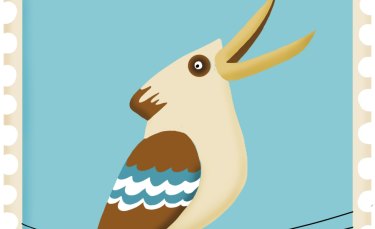 Is there anything more delightfully Italian than enjoying your coffee as though it were a cocktail? It's the opposite of the Australian way, which is often enjoyed on the go. Martini glasses are supremely impractical and prone to spills, especially if you're sitting on a white sofa. (The universe just knows.) But it's also impossible to drink anything out of a martini glass and not feel like you've suddenly transformed into a dead ringer for Sophia Loren.

The shakerato, for me, is a reminder that coffee can be a pleasurable ritual – not just a way of propping open one's eyelids for another few hours of late capitalism's incessant demands. But lately I've noticed a proliferation of other drinks taking coffee's place in the morning routine. At the Thai wellness retreat I attended recently, for instance, guests were encouraged to substitute mulberry tea at breakfast.

There are lots of other types of lattes now, many of which have very little in common with coffee except that they're typically consumed in the morning. The health halo on the turmeric latte, in particular, shines bright. There's also the lavender latte, and the newest kid on the block, the pink latte, which uses beetroot powder and seems tailor-made for Instagram.

The most popular of these latte substitutes is the matcha variety. Although the plant used for matcha originally comes from China, the Japanese have made it their own. Matcha (the word encompasses ground and tea, so "matcha tea" is redundant) is made from whisking the stone-ground powder of the whole tea leaf. This is different from green tea, which comes from infusing the tea leaves in water. Matcha is higher in caffeine than green tea, and also retains more of the plant's vegetal flavour. It's said to relax the body while still engendering an alert mind.

Matcha dates back to the 12th century, but it was in 2014 when the search term hit a spike on Google Trends. American chains such as Starbucks and The Coffee Bean & Tea Leaf introduced "matcha tea lattes", which masked the inherently bitter, seaweed-y taste with sugar and milk – neither of which make an appearance in the simple, frothy drink served in traditional Japanese tea ceremonies. (Of course they also serve theirs in a to-go cup, which is very much not what the Buddhist monks who popularised matcha had in mind.)

Yet the question of authenticity, when it comes to food and drink, is vexed. There are more than a thousand Starbucks outlets in Japan – including one that is regarded as the world's most beautiful, located in Toyama. On the menu at all of them is a "matcha green tea latte" which, with 32 grams of sugar in the tall size, contains as much sugar as a can of soft drink. So who's to say the Japanese are doing it wrong? Serve it in a martini glass if you feel like it.

To read more from Good Weekend magazine, visit our page at The Sydney Morning Herald, The Age and Brisbane Times

Presenting Wellness, the 2018 edition, and its shamans for hire

What is the impact of back pain over time?
and, anyone?, Back, enjoy, glasses, latte, martini, matcha, Pass, sit, tea, the
Latest Posts