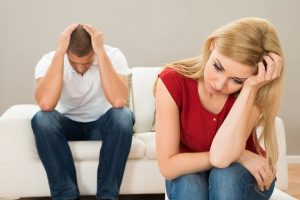 People with a happy spouse live longer: Being in a miserable marriage takes years off your life by encouraging you to ‘eat chips in front of the TV’

‘Happy wife, happy life’ is a phrase many men live by but new research suggests it should be rejigged to ‘happy wife, long life’.

A study found participants who were happy in their marriage were less likely to die within an eight-year period.

Researchers believe those who are content with their other half are more motivated to lead an active lifestyle.

But living with someone who is ‘depressed and wants to spend the evening eating chips in front of the TV’ encourages unhealthy habits, they add. 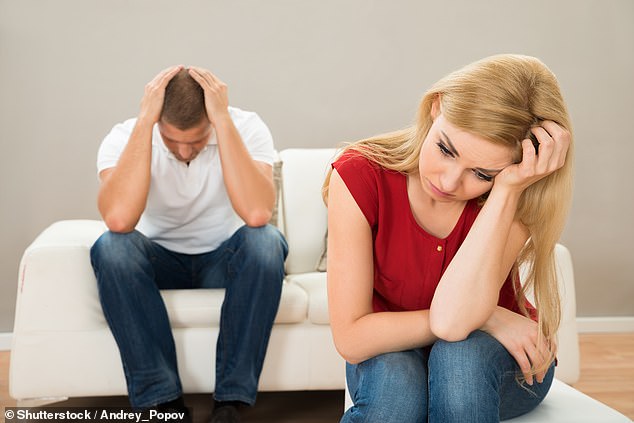 The research was carried out by Tilburg University in the Netherlands and led by Dr Olga Stavrova, from its department of social psychology.

‘The data show that spousal life satisfaction was associated with mortality, regardless of individuals’ socioeconomic and demographic characteristics, or their physical health status,’ Dr Stavrova said.

‘The findings underscore the role of individuals’ immediate social environment in their health outcomes.

‘Most importantly, it has the potential to extend our understanding of what makes up individuals’ “social environment” by including the personality and wellbeing of individuals’ close ones.’

The researchers analysed 4,374 couples from the US who were over 50. Some 99.5 per cent of the participants were heterosexual.

HOW IS MARRIAGE GOOD FOR YOUR HEALTH?

We’re social creatures – in the past we always lived in packs and groups and in today’s world with pressure and demands, it’s healthy to have a sounding board to share the ups and downs of the day.

In 2010, the World Health Organisation found marriage can reduce the risk of depression and anxiety and singles are more likely to suffer the blues than those who are married.

Last year, Aston Medical School in Birmingham released details of a 13-year study of one million participants and concluded that being married is better for your health than being single. Married individuals were less likely to die from conditions such as type 2 diabetes, high blood pressure and high cholesterol.

The researchers cited that one reason for improved health was the encouragement received from their partner to eat healthy, get enough exercise and take their medication. Perhaps not surprisingly, men fared even better than women.

They also ranked how much they can open up to their partner and rely on them on a scale of one-to-four.

After eight years, around 16 per cent of the participants had died.

Results – published in the journal Psychological Science – revealed these fatalities tended to affect those who reported poor relationship and life satisfaction.

This remained true even after adjusting for the participants’ health and ‘sociodemographic variables’, such as level of education and income.

The partners of the deceased were also more likely to report low life satisfaction and die themselves over the eight-year period.

And those who were happy in their relationship were more likely to be active, which may explain their lower risk of a premature death.

‘If your partner is depressed and wants to spend the evening eating chips in front of the TV – that’s how your evening will probably end up looking, as well,’ Dr Stavrova said.

The researchers believe the study could help people in choosing what they look for in a significant other.

‘This research might have implications for questions such as what attributes we should pay attention to when selecting our spouse or partner’ Dr Stavrova said.

‘And whether healthy lifestyle recommendations should target couples (or households) rather than individuals.’

The researchers hope future studies will include larger groups of couples from outside the US to determine if the same findings occur.

Study Urges Seniors to Get Moving to Live Longer