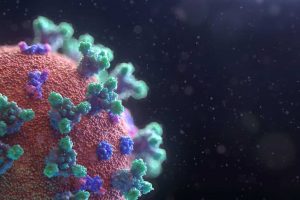 Rwanda’s capital Kigali was back under total lockdown on Tuesday after a surge in coronavirus cases in a country that has adopted some of Africa’s toughest anti-COVID measures.

Rwanda imposed one of Africa’s first total shutdowns in March 2020, and has maintained an evening curfew, changing the times and imposing curbs on transport as its outbreak fluctuated.

The country of 12 million people has had around 11,500 cases of the virus and almost 150 deaths since the start of the outbreak.

A recent surge in cases has mainly affected the capital, which represents 61 percent of all infections reported in January, health ministry statistics show.

The capital appeared practically deserted, with only a few food traders out and about, and the absence of the usually ubiquitous motorbike taxis.

A government statement said all movements would require a police permit, non-essential businesses, churches, schools and universities were closed and a 6pm curfew would be maintained in the rest of the country.

Such measures have hit the poor hard in the past, many of whom live hand to mouth on what they can earn on a given day.

“Let no Rwandan worry where they will get their food for the next two weeks due to this lockdown. Institutions are around to assist,” said local government minister Shyaka Anastase.

“What we ask Rwandans is that they should fear COVID-19 more than they fear hunger. COVID is not afraid of anyone, it is not a disease for the rich people, so we need to all be on the look out.”

Rwanda has enforced its measures strictly, sending those caught breaking curfew or not wearing masks to all-night lectures on the dangers of the virus.

Rights groups have accused police and soldiers of using the pandemic and strict rules for curbing the disease as cover to perpetrate abuses against the public and target critics.

Health Minister Daniel Ngamije said the challenge was to get people with symptoms to get tested.

Tiptoeing back to normality, Germany gears up for 2nd virus wave

Nearly half of Moroccans ‘anxious’ under lockdown: study