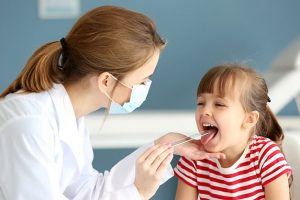 More than 30,000 British children needlessly have their tonsils removed every year, researchers have warned.

Experts at the University of Birmingham examined the medical records of 1.6million children in GP practices between 2005 and 2016.

They found that 88 per cent – roughly seven in eight – of children who had undergone an operation to remove their tonsils were unlikely to benefit from the procedure.

On the other hand, many other children who may have benefited from having their tonsils removed missed out on the surgery.

The researchers, writing in the British Journal of General Practice, predict 32,500 of the 37,000 tonsillectomies carried out among children on the NHS each year could be avoided.

That would save £37million a year. 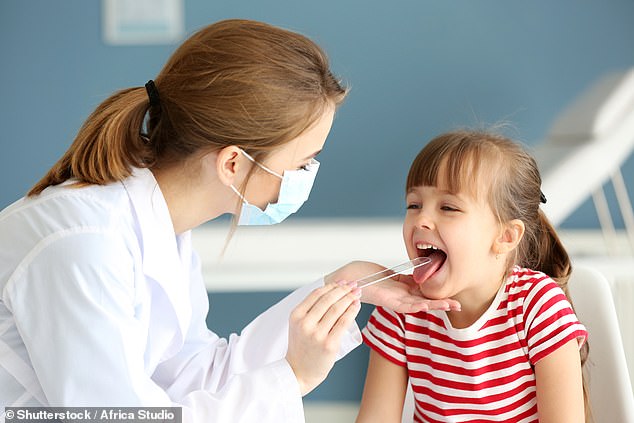 More than 30,000 British children needlessly have their tonsils removed every year (stock)

The popularity of tonsil removals has already plummeted.

But of the children whose records they analysed, the researchers found 12.4 per cent of those who had an operation had reported only five or six sore throats in a year.

Professor Tom Marshall, of the University of Birmingham, said: ‘Research shows that children with frequent sore throats usually suffer fewer sore throats over the next year or two.

‘In those children with enough documented sore throats, the improvement is slightly quicker after tonsillectomy, which means surgery is justified.

‘But research suggests children with fewer sore throats don’t benefit enough to justify surgery, because the sore throats tend to go away anyway.’

He added: ‘Our research showed that most children who had their tonsils removed weren’t severely enough affected to justify treatment.

‘While on the other hand, most children who were severely enough affected with frequent sore throats did not have their tonsils removed.

‘The pattern changed little over the 12 year period.

‘Children may be more harmed than helped by a tonsillectomy.

‘We found that even among severely affected children only a tiny minority ever have their tonsils out.

‘It makes you wonder if tonsillectomy is ever really essential in any child.’

It comes after a previous study, published in June, suggested that removing tonsils in childhood could raise the risk of health problems later on.

That research, by the University of Melbourne in Australia, found children who had their tonsils removed before the age of ten were at three times the risk of throat, nose and sinus infections as adults.

By contrast, the risk of tonsillitis – which the surgery was meant to treat – was barely reduced in the long term.

Why we need to research sex more post #MeToo