Home » Health News » Why are more men dying of coronavirus? A history of avoiding the doctor might be to blame 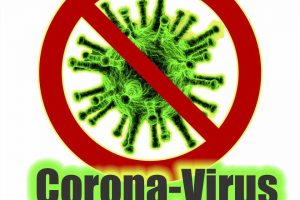 Men tend to check in with their doctors far less frequently than women, and experts say that reluctance might be one of the key reasons that more men are losing their lives to coronavirus.

The difference in coronavirus deaths and cases among Ohio men and women has varied over the course of the past three months, at times widening by nearly 10%, state data shows.

Though it’s still too early to know exactly why coronavirus cases and deaths are trending the way they are, it’s likely due to underlying health-care factors that predate the pandemic, said Dr. Bill Miller, senior associate dean of research and professor of epidemiology at Ohio State University’s College of Public Health.

“Men are notorious for delaying care. We have this tendency to think: ‘Oh it will go away,'” Miller said. “We delay and as a result when we present to a doctor, we’re sicker than when a woman would present.”

Historically, men don’t go to the doctor as much as they should, which Miller said might mean they’re also putting off a visit to the doctor even if they start showing symptoms of COVID-19.

About 26% of Ohio men have no doctor, according to a 2018 study from the Kaiser Family Foundation, a nonprofit group focused on national health issues and policy. That’s actually better than the national average of 28%, the study found.

One reason for that could be due to an overly masculine mindset, said Dr. Joseph Gastaldo, medical director of infectious diseases for OhioHealth. When it comes to a man’s psyche, Gastaldo said a lot is tied up in the need to be strong and even near invincible.

“Getting sick is considered a sign of weakness, a sign of not being strong,” Gastaldo said. “It is subconsciously in the mind of a lot of men.”

Though the disparity between men and women is not as stark as the one between white and black Ohioans, it has still garnered attention. As of May 27, African Americans consisted of 17% of COVID-19 deaths in Ohio though they make up 12% of the state’s population.

People with preexisting conditions are largely the most impacted by COVID-19, and those often tend to be men, Miller said. Men are more likely to have heart disease, kidney disease and lung issues, Miller said.

It’s likely, he said, that some men are not finding out they have a preexisting health issue until they’re admitted to a hospital for coronavirus symptoms.

Several other statistics also indicate why more men might be catching and dying of the virus.

For instance, more men tend to have jobs that continued during the shutdown, including construction and police work, Gastaldo said.

Men in Ohio are more likely to be smokers, something that could be significant given COVID-19 is a lower respiratory illness. A little more than 22% of Ohio men smoke, and 19% of women do, according to another 2018 study from the Kaiser Family Foundation.

Another factor that could be working against men is the fact that they’ve been found to take the pandemic less seriously than women, Gastaldo said.

A March poll by Baldwin Wallace University near Cleveland found that the majority of Ohioans believe COVID-19 is a serious threat. But, it also found that 30.5% of Ohio men felt the virus threat has been overblown, with just 16.9% of women feeling that way, the poll shows.

The puzzling questions of the coronavirus: A doctor addresses 6 questions that are stumping physicians

Men explain why they don't wash their hands after going to the toilet
a, are, avoiding, Be, blame, coronavirus, doctor, dying, history, Men, Might, more, of, the, to, Why
Latest Posts