Home » Health News » Woman, 38, is left with a ‘broken heart’ after taking part in Zumba

Woman, 38, is left with a ‘broken heart’ after taking part in Zumba 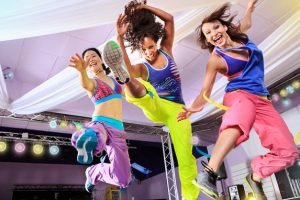 Woman, 38, is left with a ‘broken heart’ after taking part in Zumba

A 38-year-old woman was left with a ‘broken heart’ after taking part in a Zumba class to raise money for charity.

The ailment, usually triggered by a horrible shock, such as the death of a loved one, is similar to that of a heart attack and can prove deadly.

Doctors in Michigan claimed the only possible cause of her broken heart was Zumba, a class that combines dance moves with Latin music. 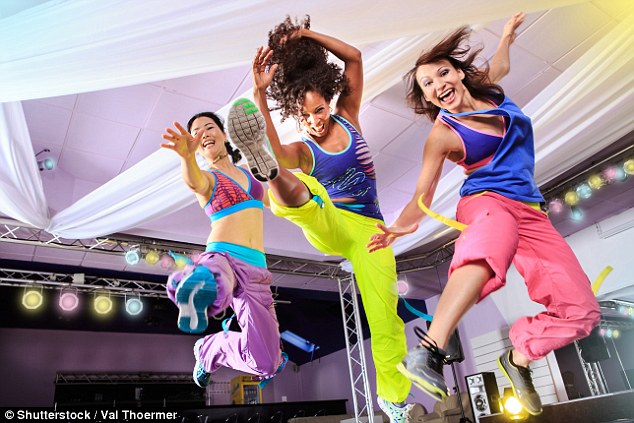 The unnamed social worker, from Michigan, was left with a ‘broken heart’ from the outdoor workout, doctors have revealed

Writing in the case report, the doctors said: ‘Zumba is considered an activity with excessive sympathetic stimulation.

‘Our patient did not have one clear trigger for her overt takotsubo cardiomyopathy other than the Zumba activity.’

Writing in the Journal of Medical Case Reports, a team of medics led by Dr Sana Chams revealed the class was part of a fundraising event.

The woman’s discomfort, which began around two hours after the workout, was typical of exercise-induced chest pain, they said.

She also admitted enduring episodes of a ‘fluttery feeling’ and at times feeling lightheaded – two potential symptoms of a serious heart problem.

Dr Chams and colleagues were able to relieve her pain with a drug usually given to patients with angina, chest pain caused by reduced blood flow.

The team then thoroughly quizzed the woman about her medical history, in order to determine the root cause of her chest pain.

Her notes revealed she had been taking 125mg of spironolactone – a drug with pain as a known side effect – each day to combat her excess bodily hair.

WHAT IS BROKEN HEART SYNDROME?

The condition — usually triggered by a horrible shock, such as the death of a loved one — is similar to a heart attack.

It occurs when extreme stress causes the heart to become stunned, resulting in one of its main chambers – the left ventricle – changing shape.

It was first identified in Japan the 1990s and the term takotsubo means octopus pot, which describes the deformed shape of the heart.

Scientists are still trying to understand exactly how it occurs and why some people are affected and not others.

Last year a major project by Swiss researchers found the condition was commonly triggered by happy events as well as sorrow.

The patient denied any family history of heart disease or illegal drug use, which may have explained her worrying symptoms.

Upon further questioning, she admitted to being a former occasional smoker and having drank alcohol socially.

The woman also denied having endured any hugely stressful periods in her life and had not been on the receiving end of any major news.

But she did state that she ‘never did any kind of exercise except for the activities of daily living’, according to the doctors.

Dr Chams and colleagues decided to conduct a series of tests on the woman, to see if there was a physical cause of her pain.

The condition, which has no known cause, makes the heart weaken, leading it work poorly and triggering symptoms such as chest pain.

The patient was eventually diagnosed with the syndrome, first reported in the 1990s, after fulfilling all four of the diagnostic criteria.

The woman was given a beta blocker and told to wear a LifeVest, a defibrillator that monitors a patient’s heart rate externally.

A follow-up appointment a month later revealed the woman had no definitive signs of any lasting damage from her broken heart.

The British Heart Foundation says up to 15 per cent of people who have experienced takotsubo cardiomyopathy before will have another episode.