Home » Health Problems » AHA: ozone pollution may be linked to a type of bleeding stroke 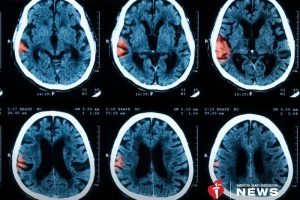 Exposure to the main ingredient in smog may be linked to a type of bleeding stroke, according to new research.

Studies have shown an association between clot-caused ischemic stroke, the most common type, and fine particulate matter such as air pollution from car exhaust. But few, if any, have investigated how air pollution like ground-level ozone impacts intracerebral hemorrhage, a bleeding type of stroke which accounts for about 10 percent of all strokes and happens when a weakened vessel ruptures into the surrounding brain.

An estimated 40,000 to 67,000 Americans have an intracerebral hemorrhage each year, with often devastating results. Between a third and half of patients die within a month—and only one in five survivors recovers fully within six months.

In the latest study, published Oct. 18 in the journal Stroke, researchers looked at 577 intracerebral hemorrhage patients who were treated between 1994 and 2011 at Massachusetts General Hospital in Boston and compared the patients’ health data with air pollution levels prior to their stroke.

While risk of intracerebral hemorrhage did not go up after increases in three types of air pollution—fine particulate matter, black carbon and nitrogen dioxide—the risk did rise in the wake of higher levels of ground-level ozone. The so-called “bad” ozone is created when sunlight combines with car exhaust, factory emissions and other pollutants.

“In some respects, that was a surprising finding,” said the study’s lead author, Dr. Elissa Wilker. “There is very little literature about the effects of ozone specifically on intracerebral hemorrhage. It may be an important factor, but it needs to be confirmed or refuted in future studies looking at other populations, in different places.”

Wilker, an assistant professor of epidemiology at Harvard University’s T.H. Chan School of Public Health, said the stroke risk in the study was particularly high among those with cerebral amyloid angiopathy, a condition in which protein deposits form in the walls of fragile small blood vessels in the brain.

“That could be important, because it suggests that ozone could have potential to have an impact on small vessels that are affected by cerebral amyloid angiopathy,” said Wilker, also an epidemiologist at Sanofi Genzyme, a biotechnology company. “We don’t know a lot about these risk factors, and this could tell us more about what could be going on.”

Dr. Sanjay Rajagopalan, who was not involved in the study, said more research is needed. “I wouldn’t sound the alarm bells yet but air pollution components and their link to stroke is something the public should probably pay attention to.”

Rajagopalan, who co-authored a 2010 American Heart Association report on air pollution and cardiovascular disease, said people with high-risk pre-existing conditions, including previous heart attacks or strokes, should avoid exposure to high levels of ozone and other air pollutants.

“Use your car filtration system to reduce exposure to ambient pollution levels when you’re commuting, for example. If you happen to visit a heavily polluted country, use face masks and indoor air purifiers,” said Rajagopalan, chief of cardiovascular medicine at University Hospitals’ Harrington Heart and Vascular Institute in Cleveland.

How lixisenatide slows or prevents damage to the kidneys in patients with type 2 diabetes and cardiovascular disease
-Stroke, a, AHA:, Be, bleeding, linked, May, of, ozone, pollution, to, type
Latest Posts