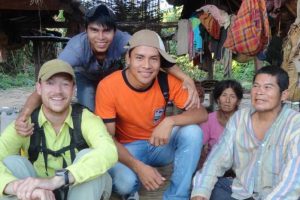 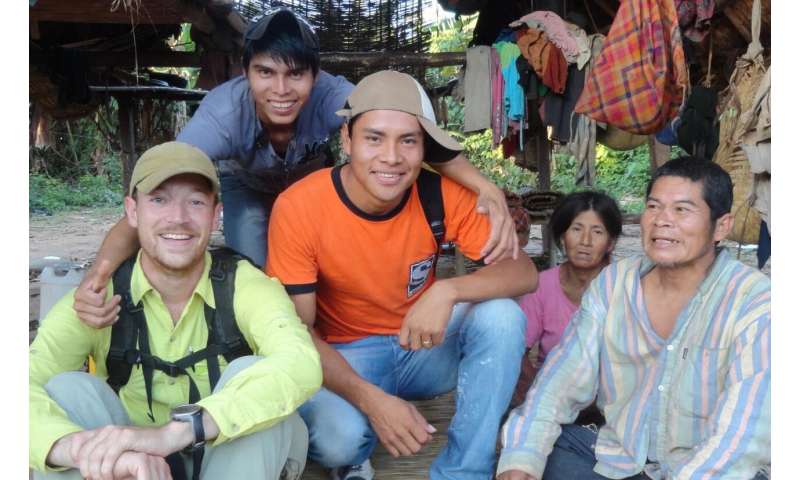 A group of forager-farmers in Bolivia’s tropical forests—known for having remarkable cardiovascular health and low blood pressure—experienced changes in body mass and diet over a nine-year period, with increased use of cooking oil the most notable dietary change.

But recent population growth, along with encroachment on their territory, has put pressure on supplies of game and fish, while more opportunities to attend school and earn wages correspond with reductions in traditional cultural knowledge and lifestyle practices. With these changes have come greater access to and reliance on market foods, such as refined grains, refined sugar, cooking oil and domesticate foods, like pigs, chickens and eggs, according to the study, conducted from 2002 to 2010.

“Objective measures suggest this group is astonishingly heart-healthy, with low average blood pressure and little heart disease. But that’s only one part of their story,” Schultz said. “It’s still a puzzle how these attributes fit with high rates of infectious disease, high death rates in children under 5 and moderate-to-high physical activity levels. Is their overall well-being also high? Or just certain health measures? Our findings of a trend in weight gain and increased consumption of high-calorie foods suggest that the benefits of change are not so clear-cut.”

Researchers who conducted a 2017 study funded by the NIH National Institute on Aging reported that the Tsimane’ had better cardiovascular health based on coronary artery calcium scoring done with CT scans than ever has been measured in any other population and continued low blood pressure. But they also reported less healthy lipid and glucose levels than previous research.

Because shifts from subsistence diets to market-based ones often are accompanied by livelihood and lifestyle change, it can be hard to separate the effect of diet versus other health factors, Schultz said.

But “we found that even small increases in market-based foods that are high in calories even in small servings, contributed to fat gain in this active, subsistence-based population,” he said. “Cooking oil adds so much flavor—we use it for a reason—but at 120 calories/14 fat grams per tablespoon, few foods can so easily alter your diet.”

For the Tsimane’, access to market products is shifting along with economics. They are one of the most isolated of 36 Bolivian indigenous groups, generally living in communities of 50 to 250 people. But their population is growing rapidly—from an estimated 6,000 people in the late 1990s to an estimated 16,000 in 2015, according to national censuses.

They still have limited access to running water, electricity and sanitation. But as migrants and ranchers continue to move into the area, there is more chance for income from contracts to extract forest products and work as day-laborers. That money is spent partly on processed foods and medical care.

Travel to the nearest market town on foot or by dugout canoe can take between two hours and several days. “They also can buy from traders who travel the river by motorboat, but many families have recently bought small, inexpensive outboard motors to speed trips to market,” Schultz said. “Travel is changing dramatically.”

Tsimane’ livelihood remained almost entirely subsistence-based even years after the first road was built into their territory in the 1970s, initiating an intense period of logging for hardwood by outsiders and expansion of missionary activities. As change in environments and livelihoods accelerates, many exceptional attributes of Tsimane’ health identified across numerous academic studies appear threatened.

“Future research should focus on the ultimate causes and consequences of recent changes,” Schultz said. “This includes, among other things, diet, physical activity and infectious disease experience as well as sociocultural health determinants like lifestyle expectations and social support.”