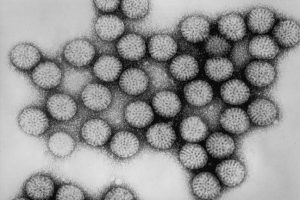 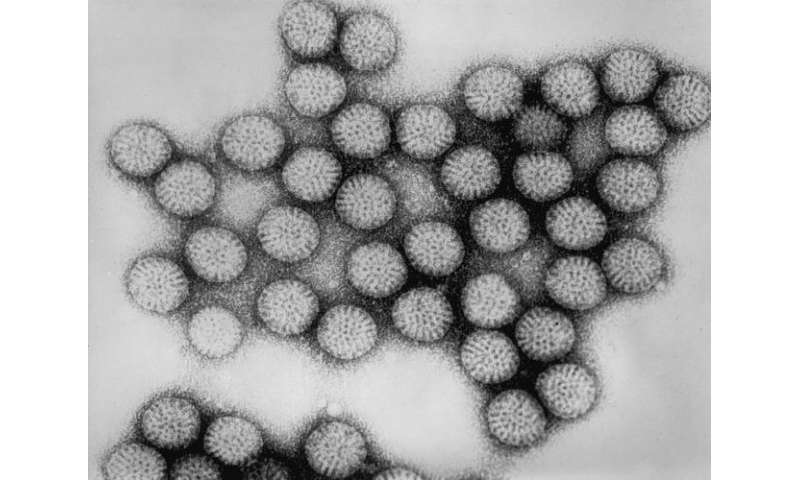 Vaccinating babies against a virus that causes childhood “stomach flu” greatly reduces their chance of getting so sick that they need hospital care, a new study shows.

But the study also reveals a surprise: Getting fully vaccinated against rotavirus in the first months of life is associated with a lower risk of developing Type 1 diabetes later on.

As a group, children who received all recommended doses of rotavirus vaccine had a 33 percent lower risk than unvaccinated children of getting diagnosed with type 1 diabetes—a lifelong disease with no known prevention strategies or cure.

A team from the University of Michigan made the finding using nationwide health insurance data, and published their results in the journal Scientific Reports.

The Centers for Disease Control and Prevention recommends that infants receive the multi-dose vaccine starting no later than 15 weeks, and finish receiving it before they are eight months old. Infants receive the vaccine in oral drops.

“This is an uncommon condition, so it takes large amounts of data to see any trends across a population,” says Rogers, an associate professor in the U-M Department of Internal Medicine. “It will take more time and analyses to confirm these findings. But we do see a decline in Type 1 diabetes in young children after the rotavirus vaccine was introduced.”

The new result echoes the findings of a study of Australian children published earlier this year, which found a 14 percent reduced risk of Type 1 diabetes after the rotavirus vaccine was introduced in that country. That study, and the new one, suggest that a childhood vaccine may lead to a lower risk of a later chronic condition.

It also fits with laboratory studies showing that rotavirus attacks the same kind of pancreas cells that are affected in people with Type 1 diabetes.

The U-M team used anonymous insurance data from 1.5 million American children born before and after the modern rotavirus vaccine was introduced in 2006. In nearly all cases, the vaccine was free, with no copayment, to the family of the infant. The total lifetime cost of caring for an individual with Type 1 diabetes has been estimated in the millions of dollars.

Children partially vaccinated—that is, started the vaccine series but never finished it—did not have a lower risk of Type 1 diabetes.

Another comparison group, born in the five years before the vaccine was available, included nearly 547,000 children.

In absolute terms, Rogers and her colleagues report that eight fewer cases of Type 1 diabetes would be expected to occur for every 100,000 children each year with full vaccination.

Type 1 diabetes, once called “juvenile diabetes,” only affects a few children out of every 100,000, so having such a large pool of data can help spot trends, says Rogers, an epidemiologist who worked with internist Catherine Kim, M.D., M.P.H. and statistician Tanima Basu, M.S. Rogers and Kim are members, and Basu is a staff member, of the U-M Institute for Healthcare Policy and Innovation, which provided the data used in the study.