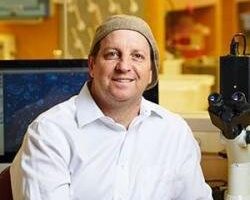 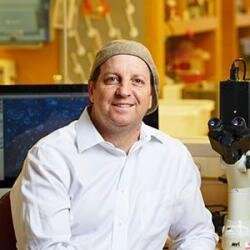 Boston researchers have developed a new way to generate groups of intestinal cells that can be used, among others, to make disease models in the lab to test treatments for diseases affecting the gastrointestinal system. Using human induced pluripotent stem cells, this novel approach combined a variety of techniques that enabled the development of three-dimensional groups of intestinal cells called organoids in vitro, which can expand disease treatment testing in the lab using human cells.

Published online in Nature Communications, this process provides a novel platform to improve drug screenings and uncover novel therapies to treat a variety of diseases impacting the intestine, such as inflammatory bowel disease, colon cancer and Cystic Fibrosis.

Researchers at the Center for Regenerative Medicine (CReM) of Boston University and Boston Medical Center used donated human induced pluripotent stem cells (hiPSCs), which are created by reprogramming adult cells into a primitive state. For this study, these cells were pushed to differentiate into intestinal cells using specific growth factors in order to create organoids in a gel. This new protocol allowed the cells to develop without mesenchyme, which typically in other protocols, provides support for the intestinal epithelial cells to grow. By taking out the mesenchyme, the researchers could study exclusively epithelial cells, which make up the intestinal tract.

“Generating organoids in our lab allows us to create more accurate disease models, which are used to test treatments and therapies targeted to a specific genetic defect or tissue—and it’s all possible without harming the patient,” said Gustavo Mostoslavsky, MD, Ph.D., co-director of CReM and faculty in the gastroenterology section at Boston Medical Center. “This approach allows us to determine what treatments could be most effective, and which are ineffective, against a disease.”

The protocol developed in this study provides strong evidence to continue using human iPSCs to study development at the cellular level, tissue engineering and disease modeling in order to advance the understanding—and possibilities—of regenerative medicine.