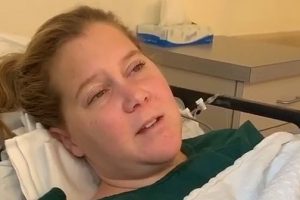 Totally transparent! Amy Schumer gave her followers an inside look at her egg retrieval process amid her IVF journey.

“@russwest44 on the toes and this is how it goes,” the actress, 38, captioned a Monday, January 13, Instagram Story photo of herself in a hospital gown and Russell Westbrook sneakers.

The comedian and her husband, Chris Fischer, had a tough time making it to her appointment. “OK, we are on the way for my egg retrieval and we are very much stuck behind a garbage truck for — how long have we already been here?” the Girl With the Lower Back Tattoo author asked the chef, 40. “15 minutes. We are stuck.” 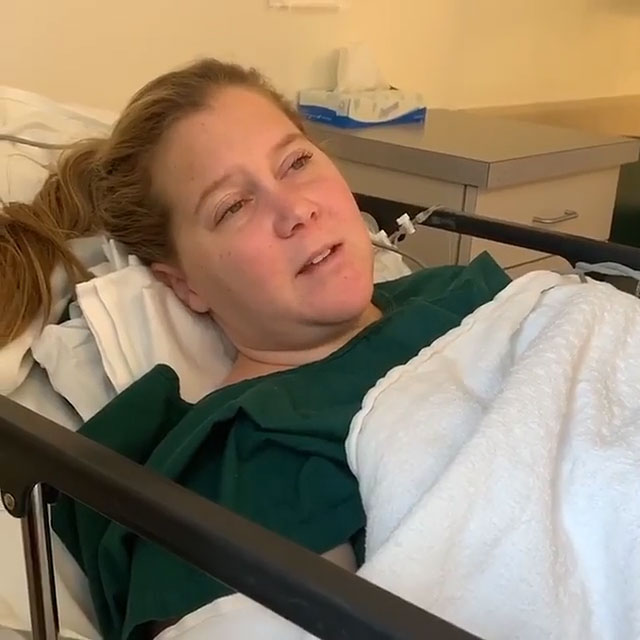 Following the procedure, Fischer recorded Schumer waking up. “Am I still wearing my hat?” the Inside Amy Schumer star asked groggily. “Where did it go? I want my hat back on.”

The New York native first opened up about her IVF journey on Thursday, January 9, posting a close-up Instagram shot of her C-section scar and stomach bruises. “I’m a week into IVF and feeling really run down and emotional,” she wrote at the time. “If anyone went through it and if you have any advice or wouldn’t mind sharing your experience with me please do. My number is in my bio. We are freezing my eggs and figuring out what to do to give Gene a sibling.”

She and Fischer tied the knot in February 2018 and announced eight months later that they were expecting their first child together. Gene, now 7 months, arrived in May.

The Emmy winner described her “brutal” C-section last month, which took “over three hours because of [her] endometriosis.” The Beetlebung Farm Cookbook author was “so great” during the whole experience, she gushed on the December episode of the “Informed Pregnancy and Parenting Podcast.” Schumer explained, “We just stared in each other’s eyes and he just held me there.” 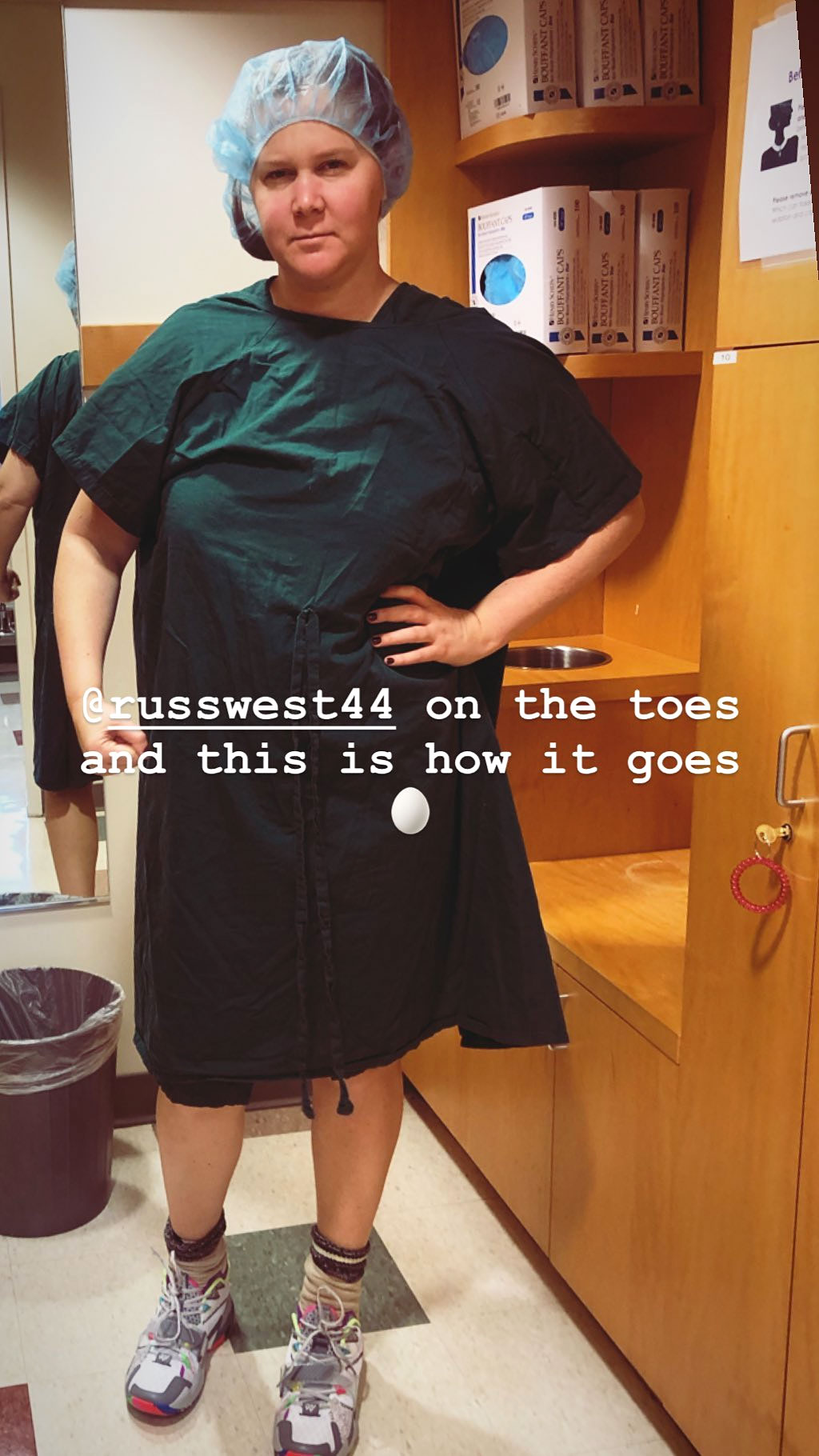 The I Feel Pretty star suffered from hyperemesis gravidarum throughout her first pregnancy, which is a pregnancy symptom characterized by extreme morning sickness and nausea. “I vomit mostly every time I ride in a car even for 5 minutes,” Schumer explained in February after canceling her comedy tour. “I have a pretty good attitude about it and some days I feel good for a couple hours. But mostly it’s [sic] sucks.”