Ashton Kutcher Stays in Touch With Demi Moore's Daughters: 'I Love Them'

“We don’t hang out,” the actor, 41, said of Moore, 57, on the Monday, February 3, episode of Marc Maron’s “WTF” podcast. “I make a really conscious effort to stay in touch with the girls. I love them, and I’m never going to stop loving them, right? And respecting them and honoring them and rooting for them to be successful in whatever they’re pursuing.”

The That ‘70s Show alum added that he also respects Rumer, Scout and Tallulah’s father, Bruce Willis, and said he would never “force” a relationship upon the women if they didn’t want it. “But they all do,” Kutcher said. “And that’s great.” 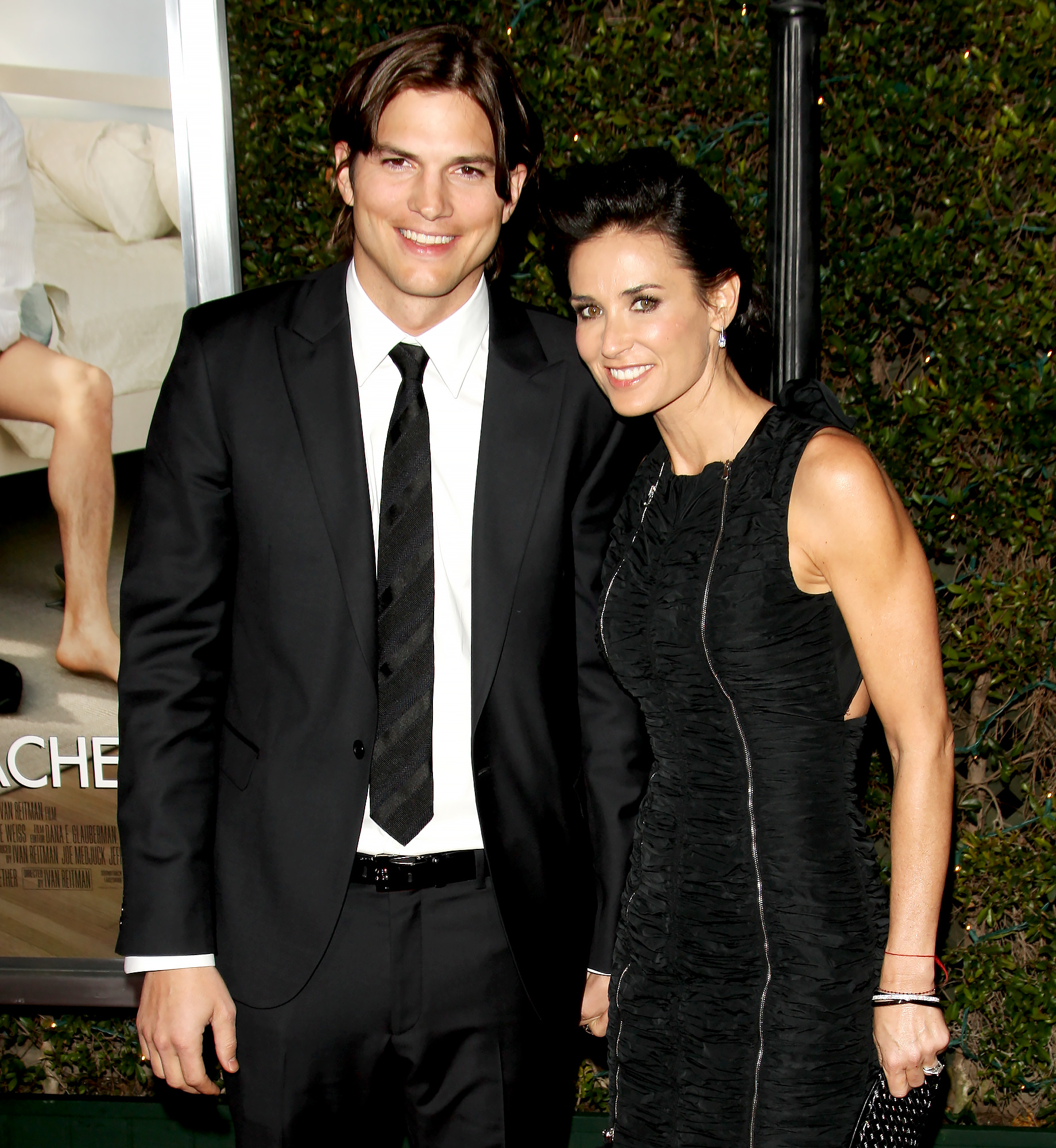 The Iowa native was married to Moore from September 2005 to November 2013. Two years after their split, the Punk’d cocreator went on to marry Mila Kunis. He and the Golden Globe nominee, 36, welcomed daughter Wyatt, 5, and son Dimitri, 3, in 2014 and 2016, respectively.

In June 2019, Kutcher was spotted hanging out with Rumer, 31, at a Los Angeles cocktail bar. “They arrived with a group of people around 8 [p.m.],” an eyewitness told Us Weekly exclusively at the time. “They were just waiting in line and had a very animated conversation.”

The hangout came nearly a year after Kunis gushed about her husband’s relationship with his former stepdaughters. “They had three kids they were raising. It was, like, a normal life,” the actress told Maron, 56, on a July 2018 episode of his podcast. “He was younger, but he loved those kids.”

Kutcher told Howard Stern something similar in 2015, explaining, “I loved those kids like my own kids, and I helped raise them until Tallulah was 18 when we got divorced.”

During Kutcher and Moore’s marriage, the former couple attempted to have children of their own. In her September 2019 Inside Out memoir, the Ghost winner revealed she suffered a pregnancy loss at six months while she was dating Kutcher. They chose the name Chaplin Ray for their baby girl before the miscarriage.