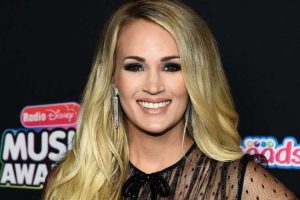 Carrie Underwood is not just a regular mom, she’s a cool mom. For the last few months, the queen of country music has been traveling across the country for her 6th tour, Cry Pretty, with her husband Mike Fisher and their two sons Isaiah, 4, and Jacob, 8 months. If you’ve ever traveled with children, let alone siblings under the age of five, then you know the struggle is real. Changing diapers while doing a sound check can’t be easy. Even so, Underwood is happy to have her babies in tow every step of the way. When she was a contestant on American Idol, she was terrified of traveling alone, especially because she’d never been on a plane before!

“They love it,” she explained on Thursday night’s The Late Show with Stephen Colbert. “Well, I mean, Jake would be fine no matter where we were.” The Instagram video that went viral in June of Underwood in mom mode calming baby Jacob down by singing Love Wins proves this to be true more than anything else. The real trooper of the tour, though, is clearly Isaiah. 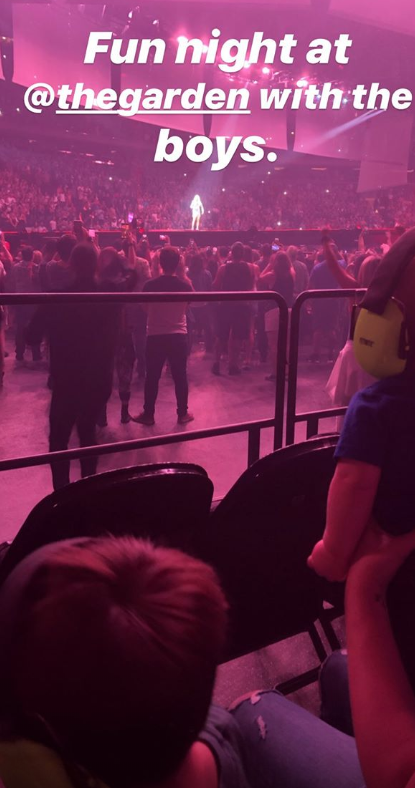 “Somebody recently called him ‘The Mayor of Catering’ because he’s just like, ‘Hi, everybody!’ and loves seeing everyone,” the mom of two explained to Colbert. “He’s got his little scooter he rides around the venues in. He’s such a people guy. So he’s living the dream.” Um, childhood goals much?

Most kid night’s out consist of pizza, video games, and Chuck E. Cheese if they’re lucky. But Underwood’s kids literally get a behind the scenes experience of a live performance. Plus, they get to cheer their mom in the crowd as she sings in front of thousands of people. “Fun night at @thegarden with the boys,” Mike Fisher captioned an Instagram story photo of Isaiah and Jacob wearing headphones while they watched their mom on stage.

We could only hope to be as cool a mom as Underwood and have a career that our children are proud of!

Britney Spears Narrating Her Treadmill Workout Is All of Us

Jeremy Roloff Is Being Criticized for This Insta Photo of Baby Ember
'Mayer, Carrie, Catering', Her, Is, Literally, of, on, Son?, the, tour, Underwood's
Latest Posts