Home » Kids Health » Dwyane Wade Opens Up About Supporting His Preteen Son's Sexuality: "Nothing Changes In My Love"

Dwyane Wade Opens Up About Supporting His Preteen Son's Sexuality: "Nothing Changes In My Love" 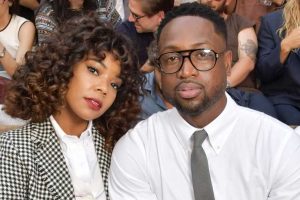 Even though we’re nearing 2020, it’s astonishing to see parents who still don’t accept their children’s gender identity and sexual orientation. On Showtime’s All the Smoke podcast, former Miami Heat basketball player, Dwyane Wade, spoke about how he supports both sexuality and gender identity/presentation of his 12-year-old son, Zion Malachi Airamis. “I watched my son, from day one, become into who she now eventually come into,” Wade said matter-of-factly, referring to Zion as both “son” and “she.”

Wade also stressed how important it is to love your kids no matter what — and learn about what your child needs to be their true self. “And for me… nothing changes in my love,” Wade added. “Nothing changes in my responsibilities. So, all I had to do now is get smarter educate myself more. And that’s my job,” he says.

Plus, children are often educating us, too. “First of all, you want to talk about strength and courage, my 12-year-old has way more than I have. You can learn something from your kids,” the father of four adds.

Wade knows that people can be prejudiced towards other’s differences. After his wife, Gabrielle Union, posted a photo of Zion wearing a crop top and long painted nails over Thanksgiving, their family received hateful messages. “All these people that’s out there saying these things, look at yourself. Understand that you’re the one that’s got the issues. You’re the one that’s got the problem. It’s not the kids, it’s not the ones who decide, ‘Yeah, you born a certain way, you gotta be that way.’”

“You want your kids to be free and living their lives. And I don’t care what you want to do from this standpoint. If you want to play a sport, then play a sport. You don’t have to be like me. Play your sport and be yourself,” he said

Because he understands that all his children are different, he parents each of them differently.

“It’s not easy at all being a single parent, but ultimately, you’re gonna do what’s best for your kids and I gotta tell my boys, ‘We learn on the fly, we learn together. I’mma learn how to parent you guys about how you guys are. I’m not gonna parent you the same, you’re not the same.’ And [I] don’t expect that. I try to parent each of my kids differently. I support them differently. And so far, it’s working,” he concludes on the podcast.

Some people probably assume that Wade wants his children to play sports and lead in his footsteps. But all he really cares about is if his children are happy and being themselves. Isn’t that what every parent wants?

Will Smith Tears Up in Instagram Video About His Oldest Son

Dwyane Wade: It's 'My Job' as a Dad to Support Son's Miami Pride Attendance

Casey Affleck: Jennifer Garner Is 'Perfect Aunt' to My Sons

Shawn Johnson: What's in My Hospital Bag?
About, changes, Dwyane, His, in, love, My, nothing, Opens, Preteen, sexuality, Sons, Supporting, Up, Wade:
Latest Posts