LOL! How Celebrities Convince Their Kids Santa Claus Is — Or Isn't — Real 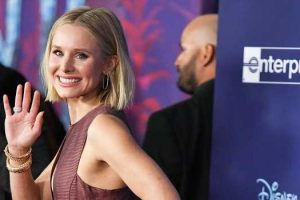 Getting creative where it counts! Kristen Bell and other celebrity parents have gone to great lengths to convince their children that Santa is real — or to break the news to them that he isn’t.

Even though the former ‘NSync member’s eldest found out the truth behind Saint Nicholas long ago, she keeps up the ruse for her younger sibling. “[Briahna] will still get some gifts from Santa and some gifts from Mom and Dad,” the singer, 42, told Us. “Due to the fact that Chloe’s nine, she’s still involved in it so we want to make sure that [Briahna] is still doing it and keeping the tradition alive.”

Since the teenager knew her parents would be “crushed” to find out she no longer believed, she kept that a secret to herself for awhile, Fatone admitted. “She was, like, ‘Yeah, I went to the closet one day and I found the toys,’” the New York native told Us. “I go, ‘Why didn’t you tell us?’ She goes, ‘Well, I didn’t want to ruin it for you.’ … She kind of slipped it out as she got older.”

As for Bell, 39, the actress had a very practical approach to telling her eldest daughter, Lincoln, the truth. She explained to her 6-year-old that Santa Claus “is an imaginary game we play because it’s really, really fun,” the Frozen 2 star revealed in her Woman’s Day December 2019/January 2020 cover story. Her and Dax Shepard’s youngest daughter, Delta, 4, has yet to find out.

That being said, she and the “Armchair Expert” podcast host, 44, teach their kids early on that most Christmas presents don’t “fall from the sky.” Bell said, “I’m able to talk my daughters through who gave them each gift. … They came from a thoughtful individual whom we need to thank.”