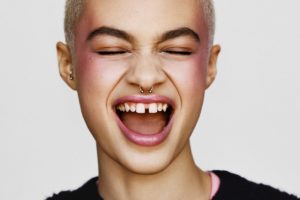 Amorepacific is taking a minority stake in Milk Makeup as part of the cult brand's planned expansion into South Korea.
Terms of the deal were not disclosed, but Seoul-based Amorepacific joins Main Post Partners and Alliance Consumer Growth as a minority investor in the business. Main Post invested in 2017, and ACG invested earlier in 2019. Milk is said to be growing quickly, and industry sources estimated the brand will do $60 million in net sales for 2019.
Part of that growth is due to Milk Makeup's strategic expansion. In year one, the line created buzz; in year two, it learned more about the beauty world, and in year three, the company has focused on expanding distribution, said Mazdack Rassi, one of Milk's four founders. In February, Milk launched in the U.K., and in September, branched into Europe with Germany, Spain and Scandinavia, he said.
"As we are growing and thinking about expansion, we've always been super interested in having an Asian presence," Rassi told WWD, on the phone from Korea. "I've been very, very connected with Korea, especially with Seoul, so I always knew that when we were ready to start thinking about Asia, that Korea would most likely be our stepping stone, and it would be the place that I think we could connect to that next generation."
Amorepacific and Milk are referring to the deal as a partnership, with Milk expected to benefit from Amorepacific's regional expertise, and Amorepacific hoping to learn the Milk strategies as a fast-growing indie brand.
"They are really brand builders. They care about brands, they build their own and it's really a brand-first company, and they're incredible storytellers," Rassi said of Amorepacific. "We sort of knew this could be a really incredible opportunity if we were able to befriend them and perhaps become their partner."
Most likely Milk will use Amorepacific's distribution network, and will also consider opening freestanding locations "that could really show the brand in its entirety to the Korean market," Rassi said. The Korea expansion is expected over the next 12 to 18 months.
Milk Makeup, which launched in early 2016, blossomed out of Milk Studios, the Meatpacking District-based creative hub. That center has been looking for a new home, which Rassi said should be finalized soon. "We know what we want to do, we know where we want to be, we know what we want to build, which is almost a different product than we used to have. Hopefully in the next month or two we'll be able to announce where exactly it's going to be, in what exact neighborhood."
A few years in, the makeup brand has become best known for its Kush family of products, which includes Kush High Volume Mascara, $24; Kush Growhouse Lash & Brow Serum, $48, and Kush Fiber Brow Gel, $20. The Flex line, which includes foundation sticks, highlighters and concealer, is also a bestseller, as is Milk's Hydro Grip Primer, $30, Rassi said. "That one has become its own franchise and will continue and build more family franchise products around it," he said. The brand's latest launch is Vegan Milk Moisturizer, $38.
Milk does not plan to launch specific products for the Asian market, Rassi said, and has worked specifically to keep its brand identity intact as it expands geographically.
"We've always felt that our lineup and what we stand for, more importantly — being clean, being a vegan brand, being cruelty-free — we feel that already we were suited to be here," Rassi said. "Innovation is such an important part of the beauty industry here in Korea, and we're sort of known for that … we feel that our lineup is great, but I think we're going to learn here. I think we're going to learn and innovate even further.
"We have one look, one vision, one product lineup," Rassi said. "We are a downtown New York City brand, so wherever we go, we really want to stay and be who we are. But we also understand about localization, and we also understand it's important to connect with local markets."
Milk has attracted a strong Gen Z customer, and has worked to create a community of those shoppers in cities where it launches the brand. "I go to every region. I before we launched in Europe, I go to those stores, I walk the street, I go to the clubs, I hang out with the DJs, I meet with the kids — I really believe we have to connect the kids globally around Milk Makeup and we are sort of that brand — we've always been more of a platform that just a beauty company.
"We sort of get our super fans together and sort of activate them. We really do treat Milk Makeup as a platform, as a community-based concept," Rassi continued.
For more from WWD.com, see:
Revlon Sales Efforts Now Focus on Almay, American Crew, Other Portfolio Brands
IFF and DuPont's Nutrition and Biosciences Business to Merge
Prada, L'Oréal Sign Beauty License
Source: Read Full Article