Celebrities Struggling With Anxiety & Their Methods To Fight The Problem 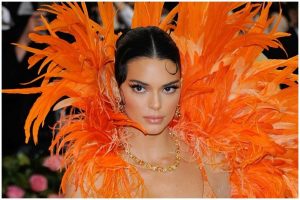 Anxiety – some or the other time in our lives, we all have experienced it. Maybe the feeling was not that problematic for some, it may have caused serious trouble for the others. For those who fall in the second category, they can count many popular celebs among themselves. With time, more star faces are taking a step forward to open up about their struggles pertaining to mental health, and it turns out that it can appear in different forms in different people. It may be a panic attack, social anxiety, or feeling excessively stressed or nervous.

Given their influence on fans, they surely become an inspiration for many others who might feel alone while facing a similar health problem. Not just their words help in normalizing the discussion regarding mental health, but they can even help in finding solutions by sharing their own methods to cope with the suffering. The 50-year-old actress (that’s another thing that she doesn’t look a bit like fifty!) turns to exercise while dealing with her anxiety issues. She has been on medication as well, but spending time at the boxing class or doing SoulCycle works quite well for the socialite.

Anxiety can happen to anyone, regardless of their success or status and so is the case with supermodel Kendall Jenner who talked about having suffered from the problem in one of the episodes of KUWTK. Meditation, acupuncture, and sound baths are some of the soothing methods that she has tried. For this Oscar winner, panic attacks have remained a battle since her childhood. To fight it back, Emma got help from therapy and talking about the problem itself works as a healing for the actress. The writer and lead star of HBO’s Girls has always maintained transparency with the fans, and the same thing applies to her mental well-being too. A praiseworthy motive behind her being open about suffering from depression and anxiety is that she wants to contribute to remove the stigma attached to these problems.

Woman Writes Powerful Letter To The Partners Of Anxiety Sufferers

Being Demisexual Has Nothing to Do With Demi Lovato. A Sex Expert Explains

Plants are now being prescribed to help people with anxiety and depression
&, Anxiety, celebrities, fight, methods, problem, struggling, the, Their, to, with
Latest Posts