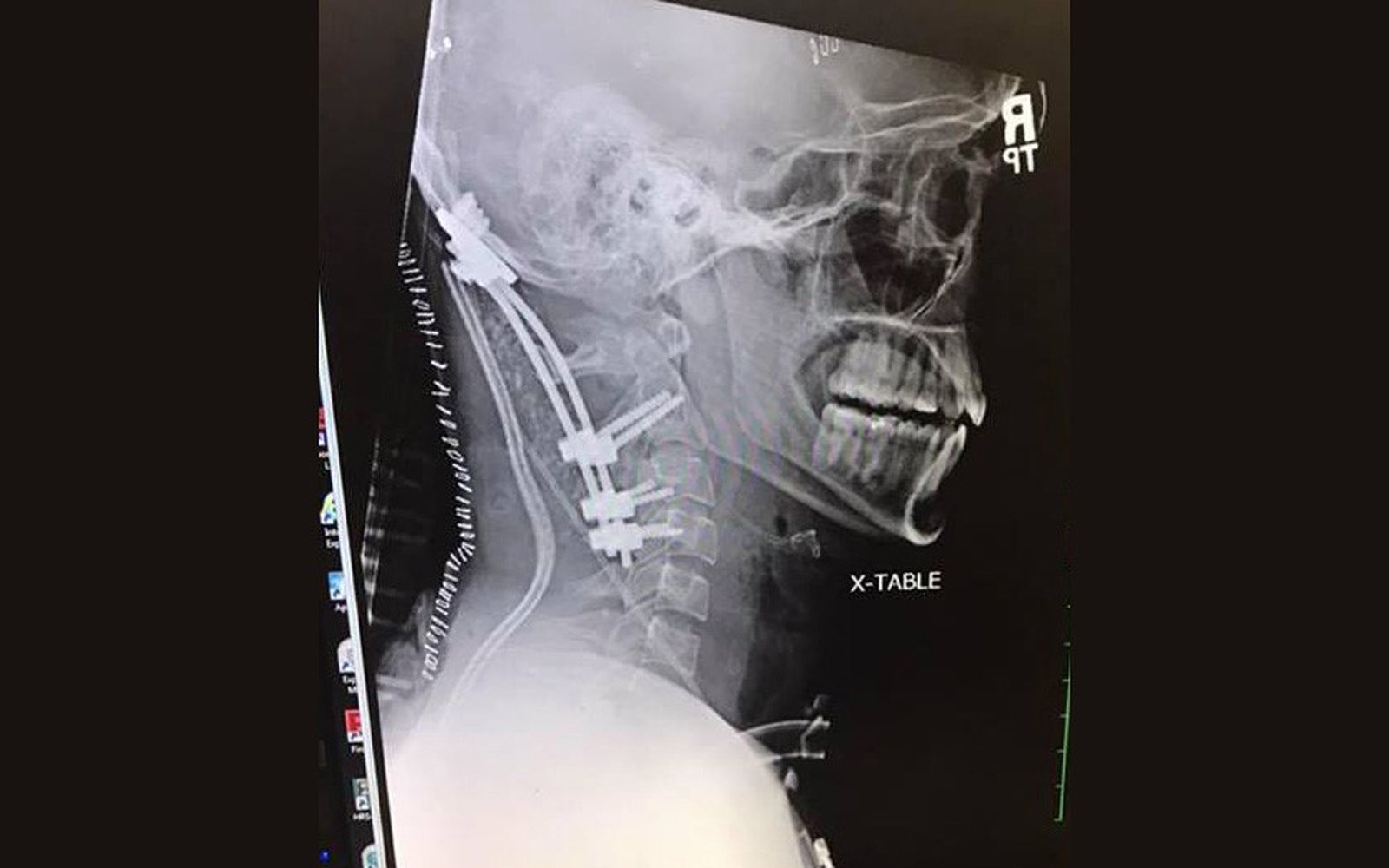 A young man in Indiana who beat brain cancer as a teen has defied the odds yet again by surviving an often-fatal injury called internal decapitation.

The man, 22-year-old Brock Meister from Plymouth, Indiana, was in a serious car crash in January, during which his car hit an ice patch and flipped over. Meister's head smashed into his car window, causing him to be "internally decapitated," according to a blog post by Beacon Health System, the parent company of the hospital where Meister was treated.

Internal decapitation means that the ligaments that attach a person's skull to their spine are severed. (The word "decapitation" is a bit of a misnomer, because the head is still attached to the body.)

It's rare for doctors to see this injury in patients, in part because most patients with it die instantly or on the way to the hospital, Beacon Health System said. [27 Oddest Medical Cases]

The injury is so serious, because when the ligaments in this area are severed, the head might move around more than it should, leading to damage in the lower brain stem, a vital area that controls breathing, Dr. Toba Niazi, a pediatric neurosurgeon at Nicklaus Children's Hospital in Miami, told Live Science in a 2016 interview. (Niazi was not involved in Meister's case.)

Fortunately, one of Meister's friends held him down after the accident so Meister wouldn't try to stand up. When paramedics arrived at the scene, they worked to carefully to stabilize Meister and move him from the car to a stretcher so he could be transported.

Meister was taken to Memorial Hospital of South Bend in Indiana. He was only the second patient ever brought to this hospital with internal decapitation, Beacon Health System said.

Meister had surgery to place a skull plate, rods and spinal screws in his neck to stabilize the injury. Then, he needed to undergo rehabilitation therapy as well as wear a neck brace for months after the injury. Now, Meister still has some difficulties moving his right arm, along with pain in his lower extremities, and he continues to receive physical therapy.

"It will take some time for the body to heal, and that can be a frustrating and painful process," said Dr. Kashif Shaikh, the Beacon Medical Group neurosurgeon who treated Meister. "But he is very young, has a great attitude, and he looks better and better each time I see him."

Meister's mother, Jenna, said, "I truly know God was there that night [of the crash] and saved my child … our boy is a miracle."