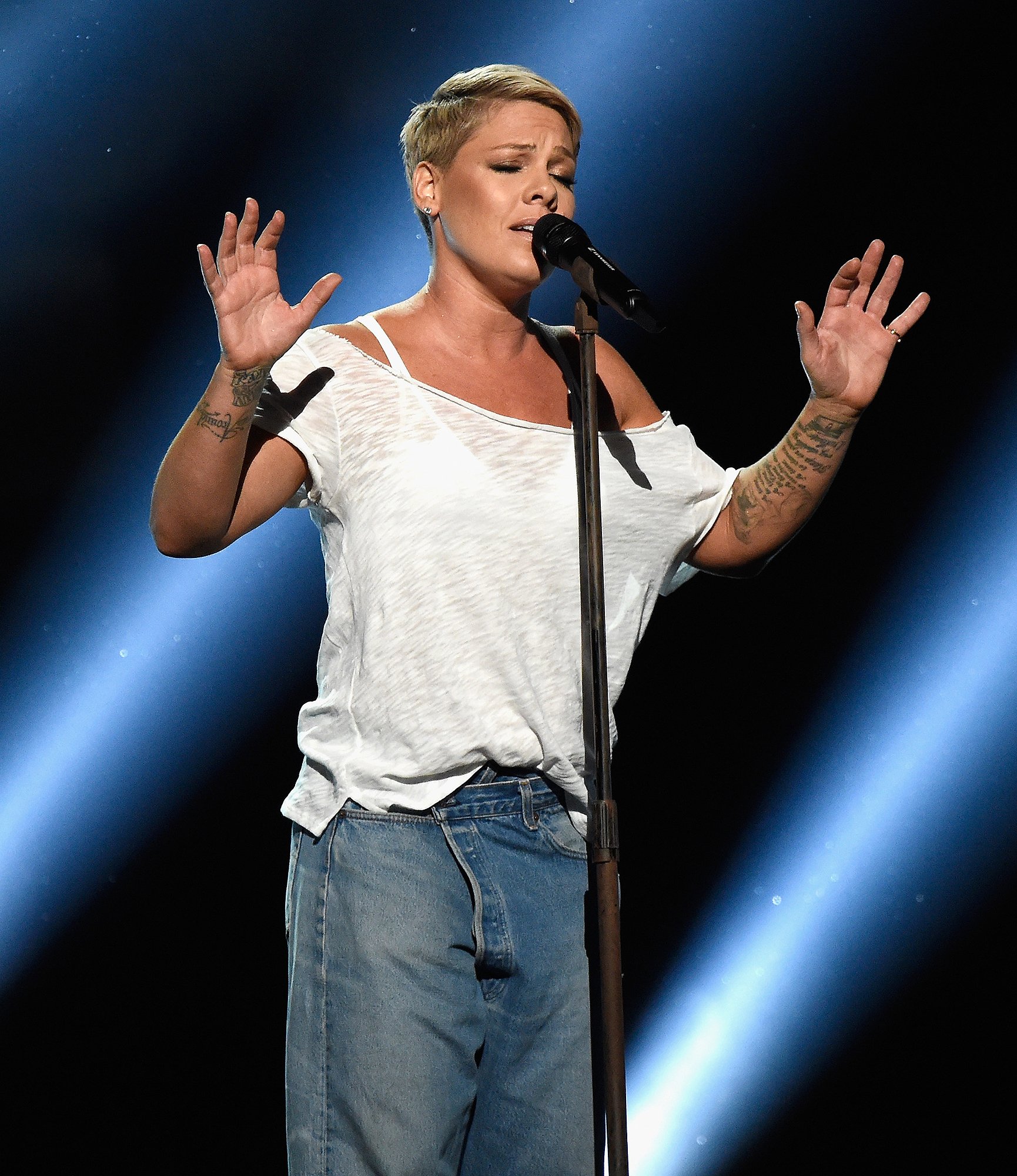 Others may call out sick from work when they just want to go to the beach, but not Pink.

The 38-year-old singer found herself in hot water on Friday when photographs of her and her children relaxing at a Byron Bay beach were spread by Australian tabloids. Pink had postponed the first Sydney date of her Beautiful Trauma World Tour due to an upper respiratory infection.

With critics claiming Pink had been lying about her health, the “So What” songstress set the record straight on Instagram — explaining that she was only clearing this up “out of respect” for her fans.

“I scheduled this tour meticulously, trying to do what was best for my children, while also putting on the best and most physically demanding and beautiful show of my life,” wrote Pink, who has been traveling on the tour with husband Carey Hart and kids Jameson Moon, 18 months, and Willow Sage, 7.

“This break in Byron has been scheduled since 2017, as a way to get outside the hotel and the winter and have some time with my children,” Pink said. “I’ve already been sick twice (kids as well) on this Australian tour, but the first time we got sick, I was able to push through. This time, what these parasite paparazzi don’t show you, is two doctor visits in Byron on two consecutive days, antibiotics, steroids, Vick’s, nose spray, throat spray, more steroids, NyQuil, a screaming baby in the middle of the night, every night, while mama gives him warm baths and tells her daughter everything is fine.”

She went on to defend her work ethic, explaining that she has “never taken advantage of any one in my entire life,” Pink said. “I have never f—ed off while disrespecting hard working people who spend money to come see me play. I have never phoned in a single tour, I have an impeccable record for not cancelling.”

Pink also slammed paparazzi for stalking her on the beach while she was with her children.

“What they don’t show you in this picture is me drinking water and lying down while my friends try to entertain my 7 year old who is asking me why these creepy men are surrounding us and pacing back and forth and taking pictures of her every move,” she said.

“I mother with everything I have whilst handling all the rest,” Pink continued. “The snark in this is unbelievable and makes me long for a nicer world. I’m doing the absolute best I can, and you can believe it or not.”

Pink’s Beautiful Trauma World Tour, launched in support of her seventh studio album, kicked off in March in Phoenix, and will go through May of next year (where it will close in New York City).

It jumped the pond in July, heading to Australia for the Down Under leg. So far, she’s already played shows in Perth, Adelaide, and Melbourne. She’s scheduled to remain in Sydney through Aug. 12.

Her note ended with a promise that she would be back on stage Saturday night at Sydney’s Qudos Bank Arena —  “whether I’m better or not” — and a reminder that “the postponed show will be rescheduled.”

“As I said, I’m sorry to the real fans who this situation has affected,” Pink said, referencing her original apology. “Onwards and upwards.”

Previously, Pink talked about the stresses of touring with her kids in tow.

“Going on tour with children is really tricky. It’s exhausting. It’s the hardest thing I’ve ever done,” Pink revealed in July, in an episode of Reese Witherspoon‘s new AT&T series Shine on with Reese (available now on demand).

“But I’m very, very fortunate that I get to bring my kids with me and that I kind of get to integrate them into my [work] life,” she admitted.