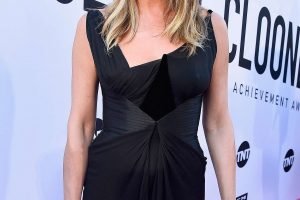 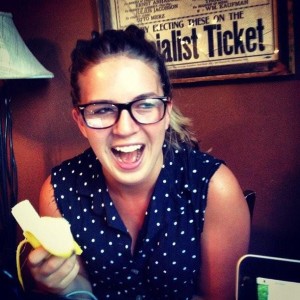 When Jennifer Aniston is looking for a good sweat sesh, she turns to the boxing ring.

The actress previously opened up in InStyle‘s September cover story, describing her love for the sport.

“I have this trainer named Leyon, who I believe hung the moon,” she says. “It’s the longest workout I’ve actually stayed with consistently other than yoga. There’s something about the mental aspect of boxing — the drills, your brain has to work, you’re not just sitting on a bike. It’s amazing.”

Her trainer Leyon Azubuike, who co-owns the boxing studio and athletic performance facility Gloveworx in Los Angeles, agrees, telling PEOPLE the variety in his workouts is what keeps his clients coming back.

“It’s very interactive, and the best part about the boxing part, specifically, is that it’s infinitely progressive,” he says. “We can regress the workouts as much as we need to to accommodate anyone from beginner to Olympian, and in the same sense, we can progress enough to where you’re learning something new every single time you put on a pair of gloves where you step in the gym.”

Azubuike, who also works with stars like Jennifer Love Hewitt, Eric Braeden and the cast of Straight Outta Compton, says he focuses on strength conditioning while using resistance bands and light weights to spark either muscle growth or weight loss.

“I love to do that coupled with boxing. Those two things in conjunction are really what I base my program off of,” he says.

Azubuike says working with Aniston has been a “great experience.”

“She’s very diligent. She is ready to work out hard, every single time she hits the gym,” he says. “Whether it be a 45-minute session, whether it be a 2-hour session, she’s always ready to go. Incredibly consistent and hardworking, and that makes my job a little bit easier. She’s a very good, natural athlete.”

Aniston tells InStyle boxing is her way to get aggression out.

“You get a mental release of all this crap you’re taking into your ears and eyes every day and have little fantasy moments imagining who you’re punching,” she says. “I’m just grateful it’s not actually the person, even though there’s one person. You know what I mean. It’s all good.”