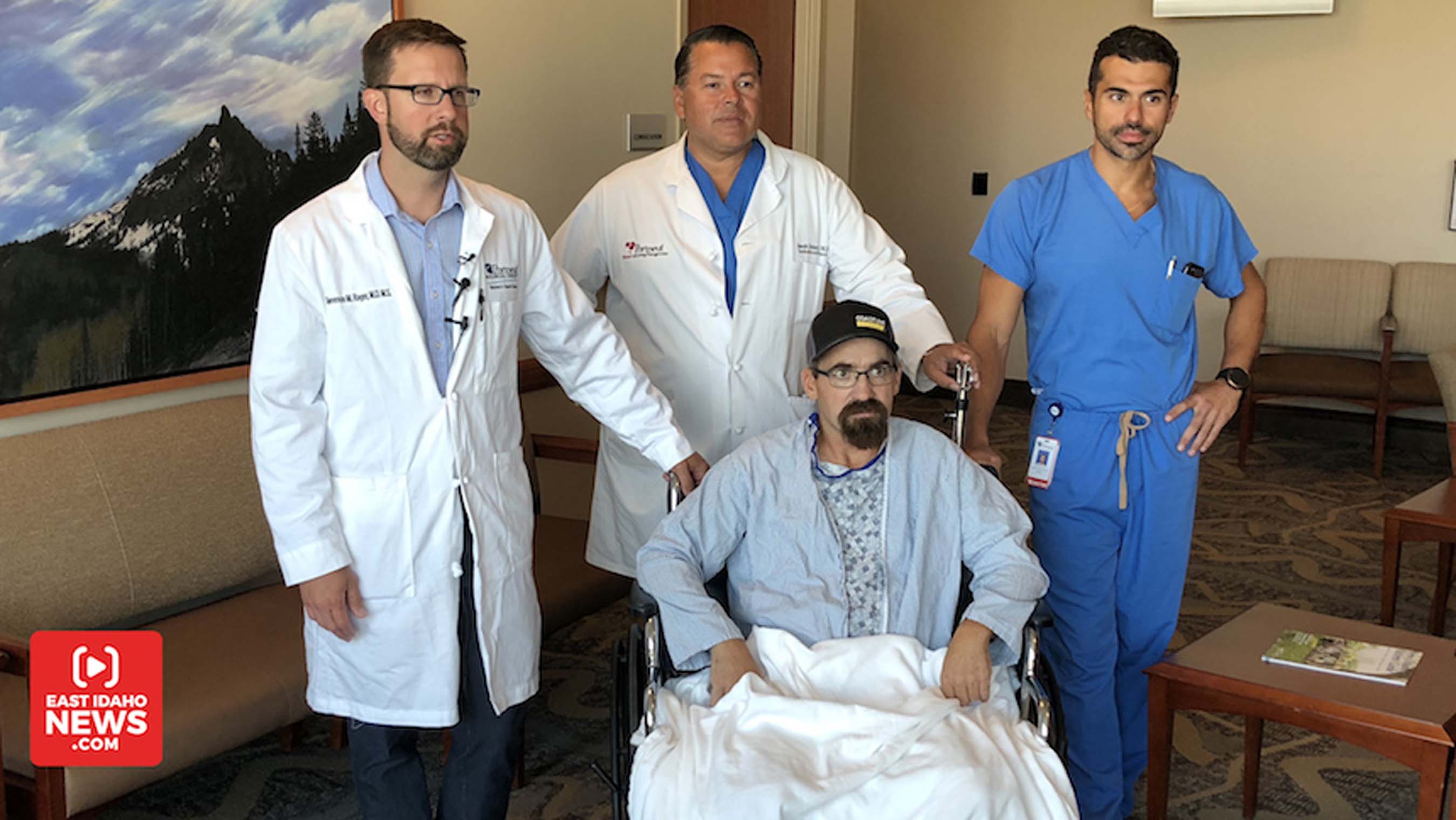 A father faced a scary injury after getting impaled by a 40-pound hay bale spear last month.

While building a fence on June 27 as part of his work for the Southern Idaho Commodities, Justin Firth was seriously injured when the heavy piece of equipment fell off a loader that was parked nearby, East Idaho News reported. The spear, which was still attached to the machine at the time, went through Firth’s back and out of his stomach.

While Firth, 43, told the outlet he was “pretty scared” after the “mind-boggling” accident, he wasn’t in pain — and was not aware of any major loss of blood.

“I never saw any blood come out of the front, and I could feel a little moisture on my back,” Firth explained. “I never got a heat sensation like it was bleeding profusely or anything.”

Firth’s co-workers called 911 and detached the spear from the loader using a heat torch. They also contacted his wife Amy, who was en route to meet her husband at the time.

After arriving on the scene of the accident, Amy told East Idaho News that a police officer stopped her from physically going to see her husband because “Justin had requested me not to see him like that.”

“The officer is my neighbor and I said, ‘How bad is it? Shoot straight with me.’ He said it was pretty bad and told me to have faith and pray,” she continued.

Firth was airlifted to the Portneuf Medical Center, where a team of doctors spent nearly four hours removing the spear and working to repair all of Firth’s injuries.

“The object missed his spinal cord, his aorta and it missed the tube connecting his kidney to his bladder by a few centimeters,” said Dr. Terrence Rager, the on-call trauma surgeon at the time. Had Firth not been so fortunate, Dr. Rager told the East Idaho News, the father of two might not have survived.

The outlet reported that the Occupational Safety and Health Administration is conducting an investigation to find out how the accident occurred. In the meantime, doctors believe Firth will make a full recovery and expect him to be released from the hospital this week.

“I want to say a big thank you to the doctors and everyone who helped save me,” Firth told East Idaho News, adding that even though the spear could have killed him, he plans on keeping the equipment as a reminder of his good fortune.