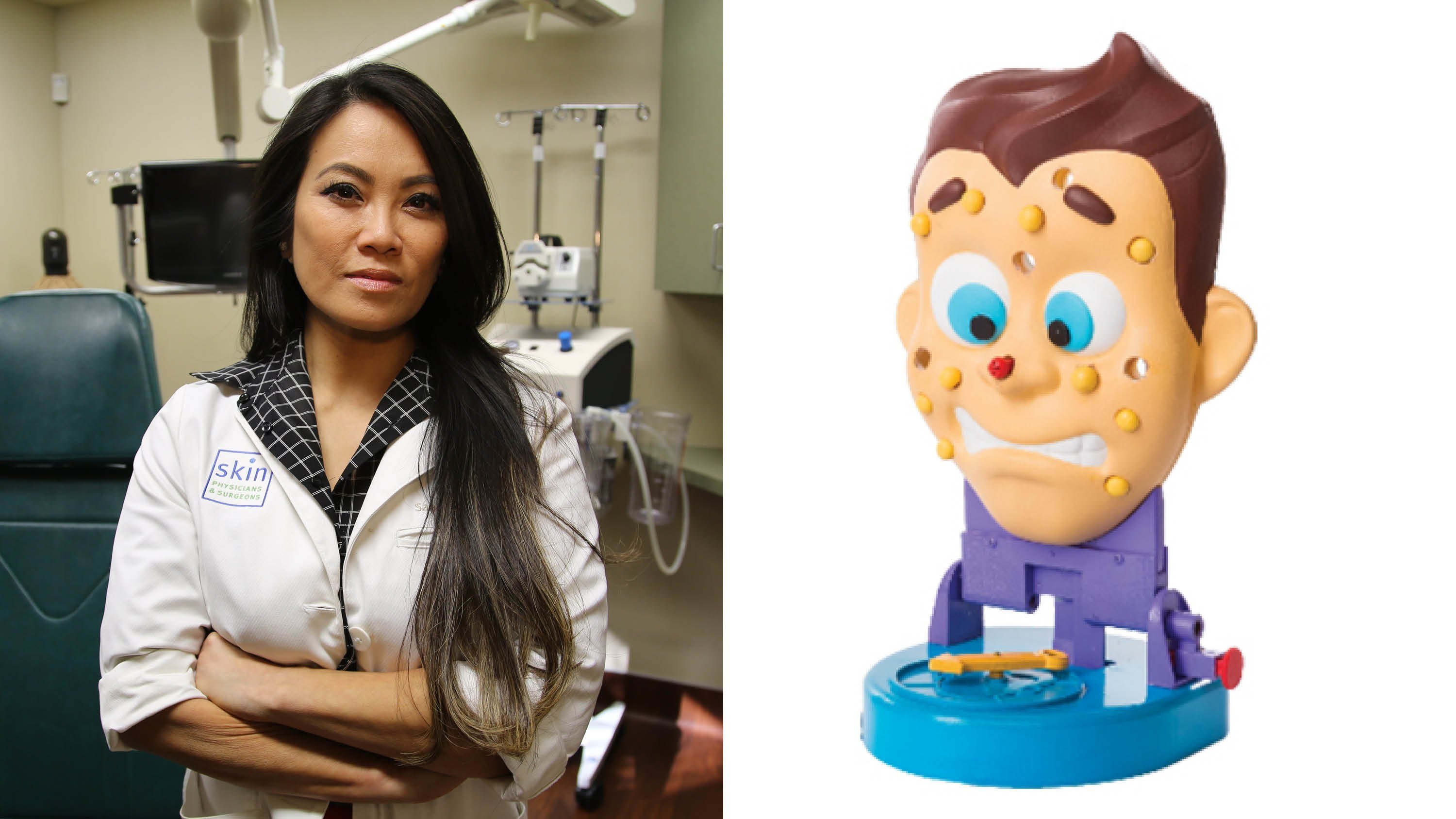 Dermatologist Sandra Lee, better known as Dr. Pimple Popper, is done keeping all the fun of popping cottage cheese–like cysts and miles-deep blackheads to herself. She's partnered with children's entertainment company Spin Master to create a board game based on the extractions we've long warned you not to try at home.

Much like Operation's Cavity Sam — you remember the young man who somehow inserted a bucket of water inside his knee joint and a pencil inside his arm — this game will feature Pimple Pete, a breakout-prone adolescent who needs help clearing up his cystic acne. The object of the game is to extract Pete's pimples as gently as possible.

If you tilt his face forward or backward midpop, his "mega-zit" will explode and spray the losing player with water. Pimple Pete's dermatologic surgeons will use their very own hands, unlike the assuredly sterilized tweezers kids have been using to cure Cavity Sam for decades. It's all the satisfaction of picking a zit, without the chance of forming post-pop scars on your skin. It's a win-win…except for the person who gets sprayed with Pimple Pete's fake pus.

Watch a video of the game in action at a toy fair earlier this year, in which a young child learns firsthand just how difficult pimple-popping can be.

Shockingly, Pimple Pete isn't even the first zit-related game to hit the market. Earlier this year, an enterprising couple who had a "disgusting little habit" of pimple-popping created the Pop-It Pal — a sort of zit-filled stress ball. Players with nervous hands can pop a rubbery face covered with cystic breakouts complete with fake pus, and yes, there are fake pus refills, for when you've picked your pal dry.

In case you can't wait until Pimple Pete comes out in the fall, get your zit-picking fix with Pop-It Pal, which donates proceeds to anti-bullying charities.