A Year of COVID Tied to Big Turnover Among Employed Docs: Survey 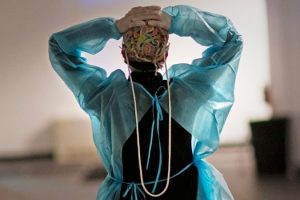 Expect more turnover among employed physicians, says Jackson Physician Search, a leading recruitment firm. And the turmoil in the field is at least partly due to the extra burden the COVID-19 pandemic has placed on clinicians, according to new survey data.

Based on survey responses from 485 practicing physicians and 86 administrators of healthcare organizations, a Jackson report finds that 54% of employed doctors are ready to make major career decisions. Of those physicians, 50% said they’re planning to switch employers; 21% are opting for early retirement, and 15% intend to quit medicine. The rest have other plans.

Thirty percent of the administrators said they’d already lost physicians during the pandemic. Coupling that with the physician responses to other questions, the Jackson report commented, “It appears a mass exit of talent is yet to come.”

However, Tony Stajduhar, president of Jackson Physician Search, told Medscape Medical News that physician turnover is unlikely to be more than a percentage point higher this year than the 6% average annual rate for healthcare organizations.

Most of that growth, he said, will probably result from a greater number of late-career physicians deciding to retire rather than hang on for a few more years. Healthcare systems across the country, he said, “are definitely seeing an increase in early retirements. They’re also seeing a little bit higher turnover rate than they have over the past 10-12 years, and they think much of this has to do with the pandemic.”

Other factors besides the pandemic are also in play, the survey results indicate. Most tellingly, employed physicians have a very low level of engagement with their employers. Specifically, 69% of doctors rated their level of engagement with employers as low, 21% rated themselves as passively engaged, and just 10% said they were actively engaged. In other words, 90% of the responding doctors don’t feel a strong tie to the organization they work for.

Not surprisingly, unengaged physicians were particularly likely to say COVID had changed their plans and made them want to switch jobs. In accompanying quotes, some physicians said they didn’t matter to the organization, anyway. “Administrators always worry about patient satisfaction,” one unidentified physician said. “Who cares about doctors’ satisfaction?”

Other doctors mourned their lack of autonomy. “Physicians are tired of being seen as interchangeable,” one physician said. “We are not factory workers.”

Despite these concerns, 63% of physician respondents said the most important factor in physician retention is increased pay, followed by additional time off (12%), reduced call (8%), and paid sabbaticals (4%). Fifty-one percent of administrators, similarly, ranked additional compensation as the most important factor in retention. This was followed by additional time off (16%) and reduced call (13%).

Stajduhar acknowledged a disconnect between what doctors wanted from employers to stay on the job and their complaints about their organizations. “Physicians look at retention in a couple of ways; one is what will affect me the most,” he noted. “That’s why they’re giving answers related to pay and time off. They say that’s what would be required to retain them, but they’re not seeing much if any retention effort from employers.”

In fact, many physicians were unaware that their organization had a retention program. Eighty-three percent of them said their employer didn’t have such a program; in contrast, only 30% of administrators said the same. To Stajduhar, that indicates a lack of communication.

Furthermore, 28% of physicians said their organizations had no program in place to deal with clinician burnout. Only 8% of administrators said the same.

Sixty percent of administrators said their organizations offered wellness and mental health programs, and more than one third of physicians acknowledged the existence of each. Twenty percent of doctors said their system had a physician hotline, 12% said they could take paid leave if they felt burned out, and 10% said they could avail themselves of professional coaching.

Physician burnout is at a whole different level than it was before the pandemic, Stajduhar pointed out. One sign of that, he said, is that healthcare executives in Los Angeles and Georgia, which were hit heavily by COVID, tell him they’re seeing the burden of the pandemic affect their physicians far more than those in other areas that haven’t experienced as big an impact.

After a long period of dealing with this every day, he said, some doctors begin to sag. “A person can only handle so much of that, and that’s where a lot of the burnout is coming from. There’s also a rise in physicians seeking help from either therapists or grief counselors.”

Despite all of this, Stajduhar stood by his prediction that physician turnover won’t soar to a catastrophic level. Although many doctors are discontented, he said, most of them will continue doing their jobs.

“Emotions are running high right now,” he acknowledged, “but if things go well with the vaccines and so on, we’ll get back to normalcy. Doctors want to keep practicing medicine if possible. But people who are on the verge of retirement may drop out. That could raise the rate of turnover a little bit.”