Antibiotic resistant bug is spreading in the Canary Islands 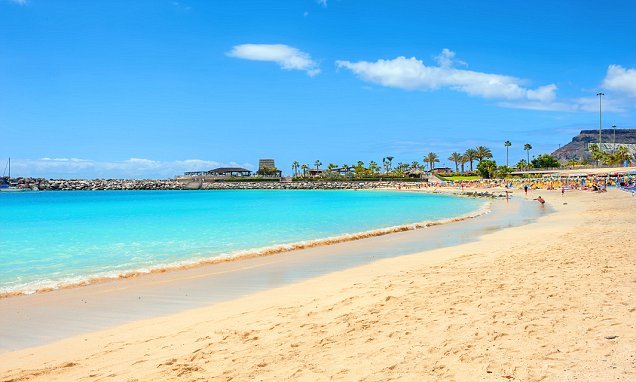 Canary Islands health warning: Tourists are at risk of catching an antibiotic resistant bug which can cause pneumonia and meningitis, warn experts

People holidaying in the Canary Islands this year are being warned about an outbreak of a potentially deadly bug.

The bacteria can cause life-threatening infections like pneumonia, meningitis and blood infections, and has affected 13 travellers already this year.

The European Centre for Disease Prevention and Control (ECDC) issued a warning last week that travellers who go to hospitals in the region are at ‘high risk’.

All the cases so far in 2018 have been diagnosed in Scandinavian people who visited hospitals in Gran Canaria.

The Canary Islands are a hugely popular destination for Brits and Europeans, and some 15 million people from Europe went there on holiday in 2016.

Tourists who pick up the bug on holiday then go to hospital when they return home risk triggering an outbreak of the Klebsiella pneumoniae bacteria, the ECDC said.

Earlier this year scientists warned that some strains of the bacteria have become resistant to powerful last-resort antibiotics. 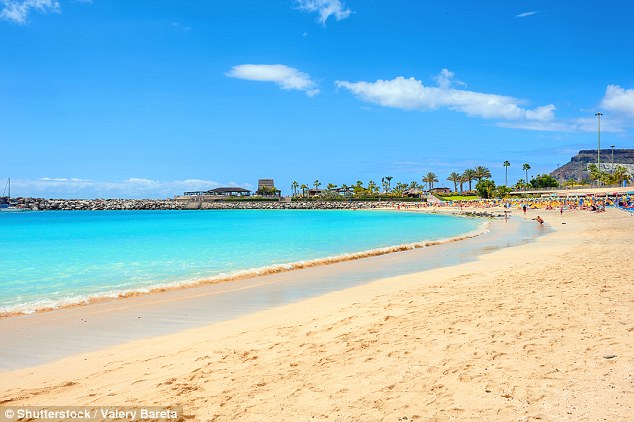 Klebsiella pneumoniae is a bacteria which is most often spread in hospitals and is transmitted when it is breathed in or enters the bloodstream.

The 13 tourists infected with the bacteria in Gran Canaria so far this year were all from Sweden and Norway – six of them all visited the same hospital.

There were more possible cases among people from Sweden and Finland.

The ECDC say the risk of people picking up the infection without going to a hospital is ‘very low’.

A ‘high risk’ of outbreaks if tourists take the infection home

However, if they do catch the bacteria and are then taken to hospital in their home country, the report said:  ‘There is a high risk of transmission and subsequent outbreaks’.

WHAT ARE KLEBSIELLA PNEUMONIAE?

Klebsiella pneumoniae are a type of bacteria which are linked to a lot of infections in people.

Klebsiella bacteria are found naturally in the environment and in the human digestive system, but this strain can cause pneumonia, blood infections, wound infections and meningitis.

The bacteria are most commonly spread in hospitals and medical environments, and generally infect people who are receiving treatment for something else.

People in intensive care or who have had surgery are most at risk because their immune systems are weaker.

The best way to stop the bacteria spreading is for doctors, nurses and other health workers to keep their hands clean.

The bacteria are resistant to a number of antibiotics – including amoxicillin, a common medication – which makes the infections they cause more difficult to treat.

The ECDC added: ‘Given the large number of tourists visiting Gran Canaria, one hospital may become the source of spread to other European countries when patients are transferred from one country to another, making this a cross-border threat.’

The ECDC has not offered advice to tourists but says hospitals and healthcare services are responsible for stopping the spread and recording infection cases.

Klebsiella naturally in the body but can cause infection

Klebsiella bacteria are found everywhere and even inside people’s digestive system where they do not cause problems.

But the Klebsiella pneumoniae strain is commonly associated with infections and can spread on the contaminated hands of doctors and nurses.

The bacteria are resistant to a lot of antibiotics, meaning they are harder to treat.

They cause around 10 per cent of infections in hospitals and were listed as one of the top three urgent antibiotic-resistant threats in 2013 by the US Centers for Disease Control and Prevention.

Experts have previously warned antibiotic resistance poses ‘as big a risk as terrorism’ and could revert modern society back to 19th century conditions where a simple infection or operation may be life-threatening.

A lack of new drugs combined with over-prescribing is thought to have driven antibiotic resistance, which, according to the World Health Organization (WHO), ‘has the potential to affect anyone, of any age, in any country.’

Klebsiella pneumoniae can cause pneumonia – symptoms include a fever, difficulty breathing, a cough and chest pain.

The dark side of antibiotic ciprofloxacin