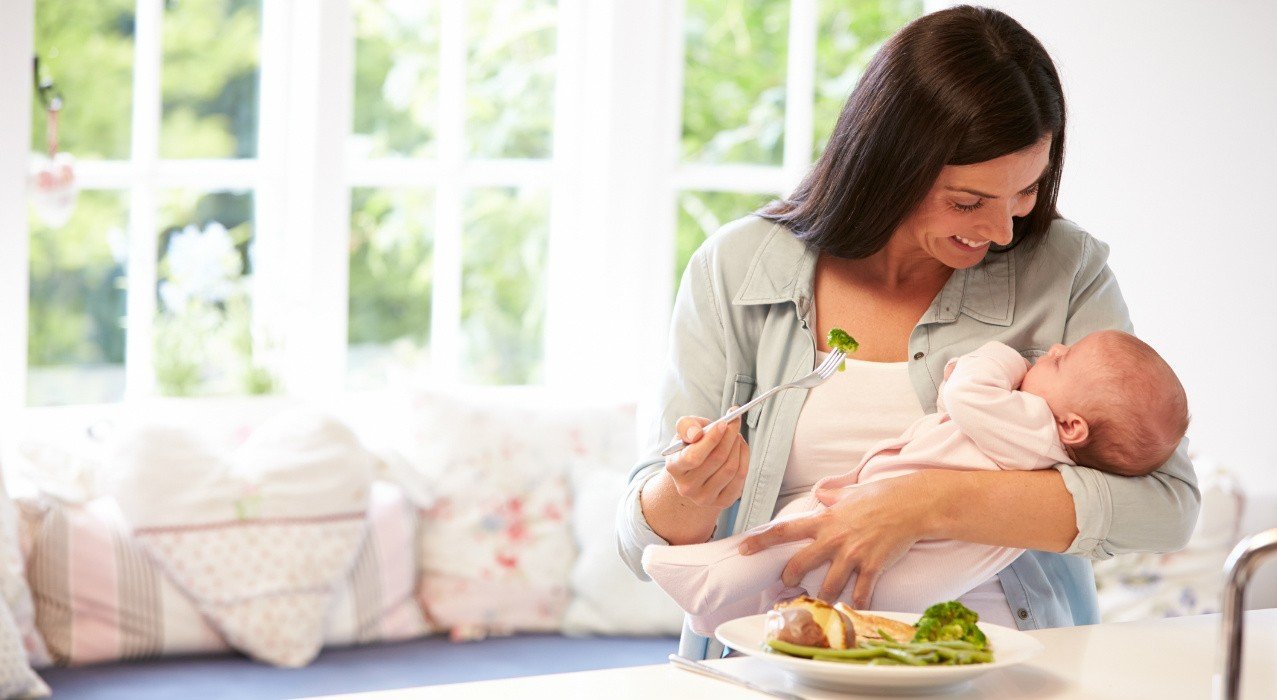 Breastfeeding is one of the best ways to ward off food allergies in babies, but there are ways to make mother’s milk even better.

“We know it’s the perfect food, but it could be made more perfect by some of the things moms eat and do,” said Catherine Field, a nutrition professor in the University of Alberta’s Faculty of Agricultural, Life and Environmental Sciences.

“New studies are suggesting there are foods and nutrients that a nursing mom can eat that build immune tolerance to even further reduce the chance that her baby will develop an allergy.”

Infants are especially susceptible to food allergies—usually to peanuts and tree nuts, eggs, cow’s milk, fish and shellfish, and sesame seeds—during their first two years, while their immune systems are still developing.

“The body should recognize these little pieces of food protein as being safe, but that’s a learned response in the first few years of life,” Field said. “The immune system isn’t born knowing that.”

At least two to eight per cent of children in Canada have documented food allergies, but there are likely more, she added.

“We know there’s probably more of the less serious cases where perhaps parents are just avoiding that food after a bad reaction,” she said. Symptoms range from mild stomach upset, diarrhea, rashes and wheezing to anaphylactic shock, which can be deadly.

Canadian women should add salmon, tuna or fish oil to their diets while breastfeeding. Their milk has particularly low levels of DHA, an omega-3 fatty acid thought to help boost immune system development, according to Field’s research. “We think DHA might be one of the most important factors in breast milk.” Just taking one fish oil capsule per day boosts the DHA level in breast milk by three times as much, Field noted. Two to three weekly servings of salmon or tuna will also provide what’s needed, or pick foods like yogurt, orange juice and eggs enriched with omega-3 fatty acids.

Make the first milk, first up

Take advantage of colostrum, the first milk produced within 24 to 48 hours of giving birth. “Even for women who aren’t going to be able to breastfeed on a regular basis, really try to do so right after birth. It’s different from the milk produced even a few days later, because it’s packed with a lot of factors that get the baby’s immune system off to a good start.”

The breast is best

Try to breastfeed exclusively for the first six months, to give baby’s immunity more time to develop. The milk passes along tiny pieces of protein that helps teach the infant’s immune system to develop tolerance, but also comes with mom’s protective immune cells. While 98 per cent of women Field followed over eight years breastfed to three months, it’s harder to get to the six-month mark, she admitted. “It means being tied to the baby, or other family members want to help feed. If moms find it hard to nurse or want help, they can consider using a breast pump and storing the milk so others can help feed and bond with baby.”

Avoid early use of infant formula

Although researchers are still learning about the effects of feeding both breast milk and formula, it’s known that replacing all breast milk with formula during baby’s first six months alters the development of the immune system, Field noted. “It’s been shown that feeding formula too early puts babies at risk of developing allergies.” Formula introduces a new protein into the diet without the immune-boosting components of mother’s milk, which scientists haven’t found a way to duplicate yet, Field said. After six months, formula is safe to introduce, but do it gradually over three to four weeks, and watch babies carefully for reactions like rashes, cramps or poor sleep. “If that happens, stop feeding formula for a while and then introduce it again later. As babies get older, they’re able to tolerate more.” It’s also wise to continue feeding breast milk as formula is introduced.

Bring on the peanuts!

Contrary to past recommendations, new research is showing it’s OK for nursing women with no food allergies to eat culprit foods, Field said. “If there were allergies in the family, but not with the mother, there’d been a recommendation for her not to consume these foods during pregnancy and nursing. But the evidence is showing that if mom consumes those foods, the baby has a much lower risk in developing allergies, which makes sense because she’s teaching her child’s immune system about this protein.”

How Pelvic Floor Physical Therapy Can Help You Poop