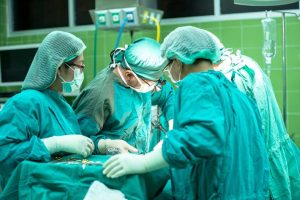 In a follow-up to the landmark 2011 study that demonstrated prenatal surgery for spina bifida has measurable benefits over surgery after birth for one of the most disabling neural tube defects, researchers have published new findings. These findings show significant physical and emotional benefits a decade later in school-age children who received corrective surgery in the womb for myelomeningocele, the most severe form of spina bifida.

“These findings add to the growing body of literature demonstrating the benefits of prenatal surgery for spina bifida,” said N. Scott Adzick, MD, Surgeon-in-Chief at Children’s Hospital of Philadelphia (CHOP), Director of CHOP’s Center for Fetal Diagnosis and Treatment, and co-author of the study, published January, 24, 2020 in Pediatrics. “Providers should take these findings into account when counseling expectant mothers to ensure that families considering prenatal surgery for their fetus understand the potential risks and benefits.”

Spina bifida is a birth defect in which an area of the spinal column doesn’t form properly, leaving a section of the spinal cord and spinal nerves exposed through an opening in the back. The condition affects approximately one in 1,500 births in the United States and often results in weakness or paralysis below the location of the defect, leading to an inability to walk unassisted and a loss of bladder and bowel control. It also changes the flow of spinal fluid, leading to a life-threatening buildup of spinal fluid in the brain that requires the insertion of a tube, or shunt, to drain the excess fluid.

Results of the original MOMS trial

The original MOMS study, co-led by CHOP and published in 2011 in the New England Journal of Medicine, compared outcomes after prenatal and postnatal repair of myelomeningocele. Results demonstrated that prenatal repair can offer significantly better results than traditional postnatal repair. Babies with spina bifida who received prenatal surgery were better able to walk two and a half years after surgery than those operated on after birth and had better overall motor function. They were also less likely to need a shunt.

Now, after following those two groups of patients for up to 10 years after birth, researchers in the follow-up MOMS2 trial have shown those benefits continue into childhood. More children in the prenatal surgery group were able to walk independently by the time they were school age, and they showed better gross and fine motor skills. They also demonstrated better control over their bladder and bowel movements; children who underwent prenatal surgery were almost six times as likely to go to the bathroom on their own than those operated on after birth.

Patients who received surgery in the womb continued to need fewer shunts, surgeries and catheterizations into childhood than patients who’d received surgery after birth. Children and families in the prenatal group also reported a better quality of life, with less stress on the family overall.

The study’s primary outcome, which was adaptive behavior in the prenatal versus postnatal surgery group, did not show a measurable difference in the patients’ ability to perform activities needed for communication, social interactions, and daily living in the everyday environment. The study also did not find cognitive benefits in the prenatal surgery group, though the authors noted that all children with myelomeningocele are at risk for significant learning and adaptation challenges, regardless of surgery type.

The study was conducted at the three centers that participated in the original MOMS trial (Children’s Hospital of Philadelphia, Vanderbilt University, and the University of California, San Francisco), along with the independent data-coordinating center at the George Washington University Biostatistics Center. The Eunice Kennedy Shriver National Institute of Child Health and Human Development sponsored the research.

The original MOMS trial sought to enroll 200 patients, but the NIH ended the trial in December 2010, after 183 surgeries had occurred, based on clear evidence of efficacy for the prenatal procedure. Of the 183 babies in the original study, only 161 participated in the MOMS2 study, as eight children died before MOMS2 enrollment began, ten declined to participate, and four could not be reached.

MOMS 2 participation consisted of a single comprehensive study visit with the patient between June 2011 and April 2017, when the patients ranged in age from six to ten years old. Children underwent a neurodevelopmental and behavioral evaluation by a psychologist and a physical exam and functioning assessment by a physical therapist. A parent or caregiver also completed the Vineland Adaptive Behavior Scales II to evaluate adaptive behavior through an interview with a study psychologist.

As a pioneer in the field, CHOP began performing fetal surgery for spina bifida in 1998, three years after CHOP launched the Center for Fetal Diagnosis and Treatment. Since then, the Center has continued to improve the technique and publish on the practice, leading to significant advances even since the MOMS trial.

At CHOP, the length of the fetal surgery itself has decreased, and the gestational age of the infants at the time of birth has increased—an important step, as many of the babies delivered in the MOMS study who’d undergone prenatal surgery were born prematurely. Doctors have also observed improved movement in the lower limbs and continue to follow up with those patients to monitor their progress and outcomes.