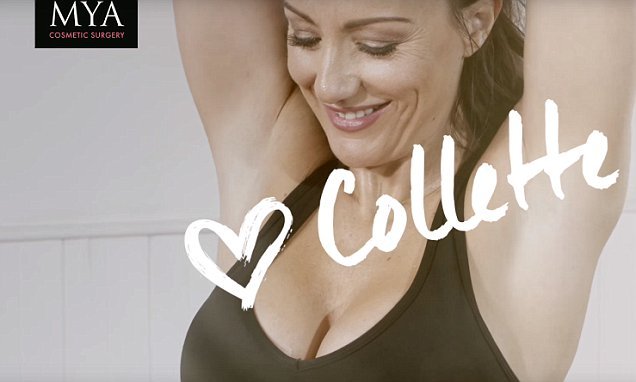 Ban ads for breast surgery and diet supplements during Love Island urge campaigners and surgeons: Poll reveals 40 per cent of women also claim the show makes them feel worse about their bodies

Adverts for cosmetic surgery and diet supplements should not be shown during Love Island, campaigners have urged.

Research has revealed the show makes nearly half of its viewers more self-conscious about their body and appearance.

The tanned and toned 20-somethings on the show spend most of their time in bikinis and swimwear, which is affecting what people think are normal bodies, experts say.

Feminist campaigners Level Up have called on the network to ban cosmetic adverts from the show, and have been joined by the British Association of Aesthetic Plastic Surgeons.

One surgeon said people are ‘enormously influenced’ by what they see on television but that cosmetic surgery is not a fashion statement.

But ITV says the ads were shown a very small number of times and that the company ensures all advertising sticks to industry rules. 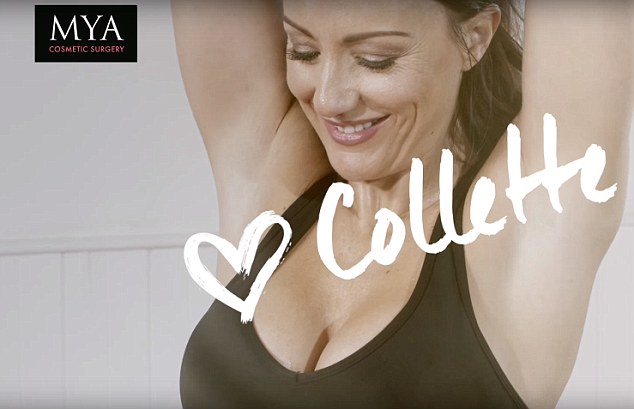 Pressure has been growing on ITV to ban the adverts after people were angered by promotions from MYA Cosmetics, which advertised breast enlargement surgery, and Skinny Sprinkes, a weight loss appetite suppressant.

Both products were marketed during breaks in the show, which is best known for young, fit people showing off their bodies and flirting.

Feminist campaign group, Level Up, has polled young women who watch the show and found 40 per cent of them say it affects how they think about their own body.

Some 30 per cent of the 2,246 women have considered going on a diet since watching the show, and 11 per cent have thought about getting lip fillers.

And now the group has added to growing pressure from people across the country to stop allowing the adverts, and nearly 2,000 people have emailed ITV bosses as part of Level Up’s campaign.

Carys Afoko, executive director of the group said: ‘As a Love Island addict I was shocked when I was bombarded with adverts for boob jobs and diet sprinkles when I watched the show on catch-up.

‘Like many women I regularly feel bad about how I look’

‘Like many women I regularly feel bad about how I look. The last thing I need after watching Megan and Laura looking stunning in bikinis are adverts like this.

‘There is nothing wrong with going on a diet or getting a boob job, but given the narrow standard of beauty promoted by Love Island these adverts have crossed a line.

‘Level Up’s research shows women who watch Love Island find the show has a negative effect on their body image.

The group’s campaign has been strengthened by support from the British Association of Aesthetic Plastic Surgeons (BAAPS).

Advertising does not represent serious risks of surgery

The association’s former president and a senior plastic surgeon, Nigel Mercer, is concerned that advertising does not accurately represent the seriousness of having surgery to change the way you look.

He said advertising risks targeting vulnerable people who have conditions like body dysmorphia, and that breast surgery, for example, has potential side effects like breast hardening and a link to a rare type of blood cancer.

Mr Mercer told MailOnline: ‘Love Island and social media put a lot of pressure on people’s ideas of what is normal.

‘There’s a problem when these procedures are advertised as “your life will be like Love Island if you have this done”.

According to Mr Stevens, breast enlargement adverts that are played during Love Island put pressure on young people over their body image.

On the show he said: ‘If you look at the increasing pressure on young people around eating disorder services, we have to think about the whole environment which children are being exposed to.’

Hitting out at ITV for the breast enlargement adverts, he also urged the broadcaster and others to look ‘very carefully at the kinds of impacts that it is having’.

Stevens went on to say that ‘some of that is social media, but I mean even if you take a show like Love Island look at the adverts that are being shown alongside Love Island.

‘You’ve got explicit ads aiming at young women around breast cosmetic surgery. That is all playing into a set of pressures around body image that are showing up as a burden on other services.’

He went on to say that now is the time to really ‘think long and hard as to whether we should be exposing young people to those kinds of pressures and social media and advertising has got to look very carefully at the kinds of impacts that it is having.

‘I think that’s been accepted as part of the childhood obesity strategy, but it’s as relevant in mental health.’

‘There’s no doubt people are enormously influenced by what they see on television, and it’s driven by fashion.

‘Butt lifts, buttock enhancements and breast enlargements are all seen fashion statements and they certainly aren’t.

‘Surgery has lifelong effects and carries risks – adverts give no balance to the pros and cons of the procedures and the long-term consequences. We have to make sure people get all the information.

‘Companies will say they give the information when people come for consultations but should there really be sales pressure in an area like this?

‘Love Island is being watched by 15, 16 and 17-year-olds as well as older demographics – is it socially responsible to advertise cosmetic surgery?’

The mental health director for NHS England recently wrote to the Advertising Standards Agency (ASA) with concerns about pairing the ads with the show.

The letter, concerned about the welfare of children and young people who may be watching the show, asks if the ASA is doing enough to protect them, The Telegraph reports.

Mental health director Claire Murdoch wrote: ‘Not onlyare there clear risks associated with cosmetic surgery, but placed alongside the body image pressures that can be inherent in many online and social media interactions, adverts such as these could pose a risk to mental health.’

‘ITV are being irresponsible by ignoring NHS warnings’

Janey Starling, campaign manager at Level Up added: ‘Thousands of Level Up supporters emailed personal appeals to ITV executives including a father who believes they could trigger a relapse for his anorexic daughter.

‘As a broadcaster they’re being completely irresponsible by ignoring the warnings given from the NHS, mental health experts and nutritionists about the harmful impact of these adverts.

‘We take our responsibility to viewers very seriously’

ITV has responded by explaining the cosmetic surgery group and diet product adverts were run a ‘very small number of times’.

The company says the adverts were within guidelines set by the ASA and contained messages that surgery should not be undertaken lightly.

An ITV spokesperson said: ‘ITV takes its responsibility to viewers very seriously and ensures adverts broadcast during our programmes adhere to The UK Code of Broadcast Advertising’s rules on the content and scheduling of advertising.’