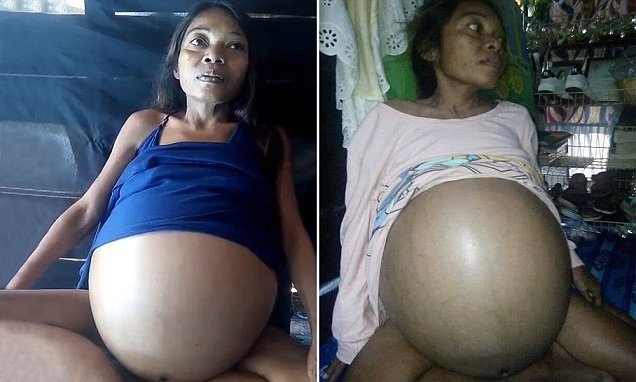 Enormous cervical tumour makes single woman, 39, look pregnant with TRIPLETS and has robbed her of her dream of having children

A woman who looks pregnant with triplets is actually suffering from an enormous growth in her abdomen.

Marilyn Felipe, 39, from Maguindanao, Philippines, thought she was expecting when her torso started to swell seven years ago.

After going to a doctor, the hopeful mother was devastated to learn she was actually suffering from a myoma tumour on her cervix, which spread to her uterus, causing the large bulge.

Unable to afford the $2,000 needed to remove the growth, Ms Felipe, who is now single, is often stopped in the street with strangers wishing her well in her ‘pregnancy’.

Ms Felipe, whose condition has left her infertile, said: ‘I wish I was pregnant. That would be a cause for celebration. But the truth is that I have had this sickness for so long now.’

Scroll down for video 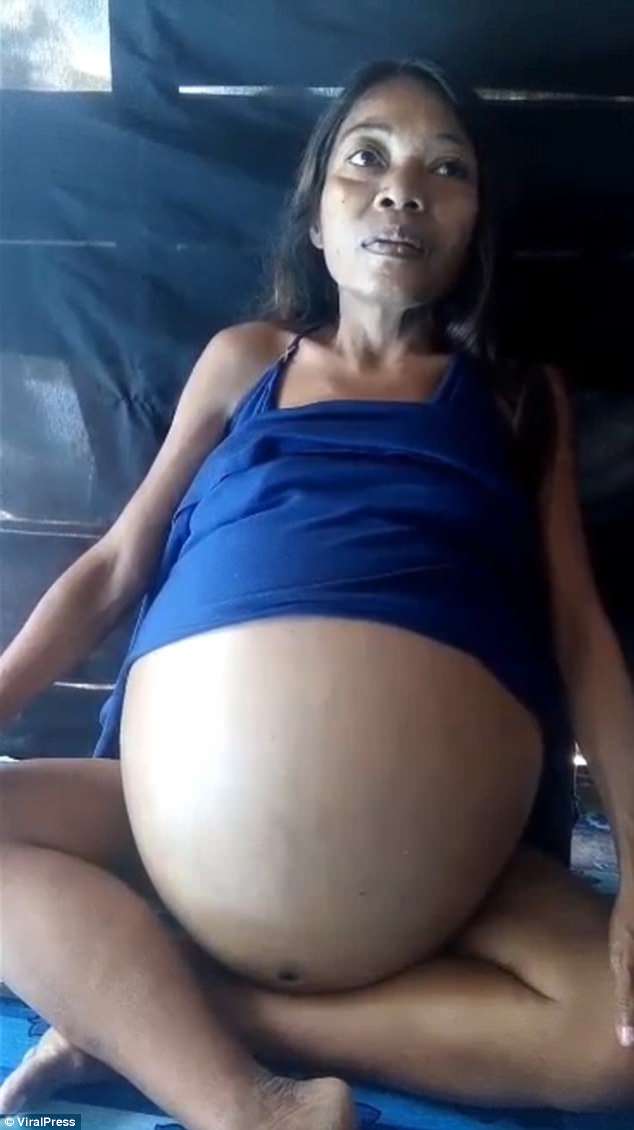 Marilyn Felipe, who looks pregnant with triplets, suffers from a growth in her abdomen 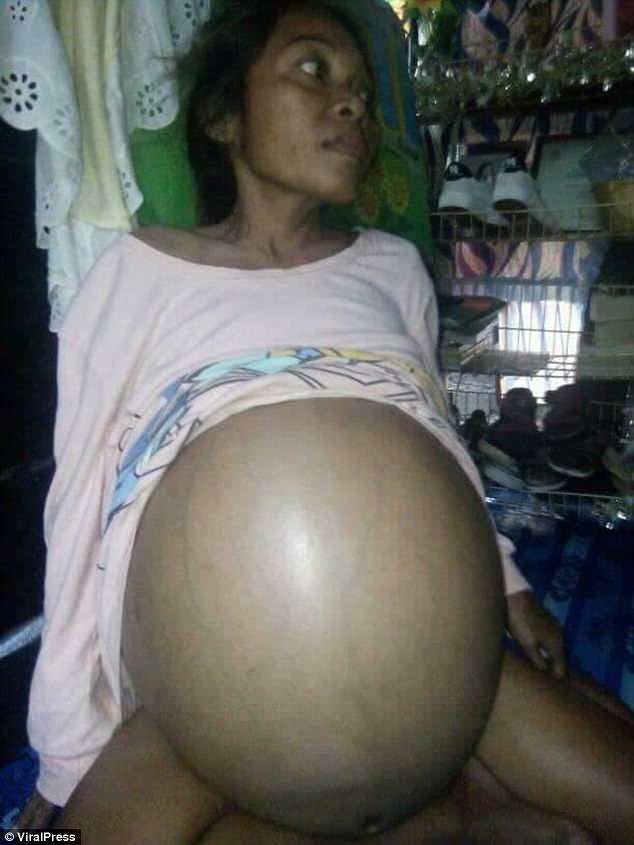 ‘I dream that one day I can find a husband’

Ms Felipe, who has no children, was diagnosed with a myoma tumour in 2011.

Doctors advised surgery, however, Ms Felipe was unable to afford the operation on her wages picking crops.

Ms Felipe’s condition means she is now unable to work, and forces her to rely on her friends and family to care for her.

She said: ‘I am praying for an operation to cure me. I know there’s no way I could have children now. The illness has affected my reproductive system too badly.

‘But it is still possible for me to have an operation. I am dreaming that one day I can be healthy and walk normally again, work again and find a husband.’

Ms Felipe’s friend Leonor added: ‘I wish there was more we could do to help. Marilyn is suffering so much and life is hard for her.

‘We’re raising funds for her and trying our best to help her. We will keep doing everything we can.’ She had a myoma tumour on her cervix, which spread to her uterus, causing the large bulge 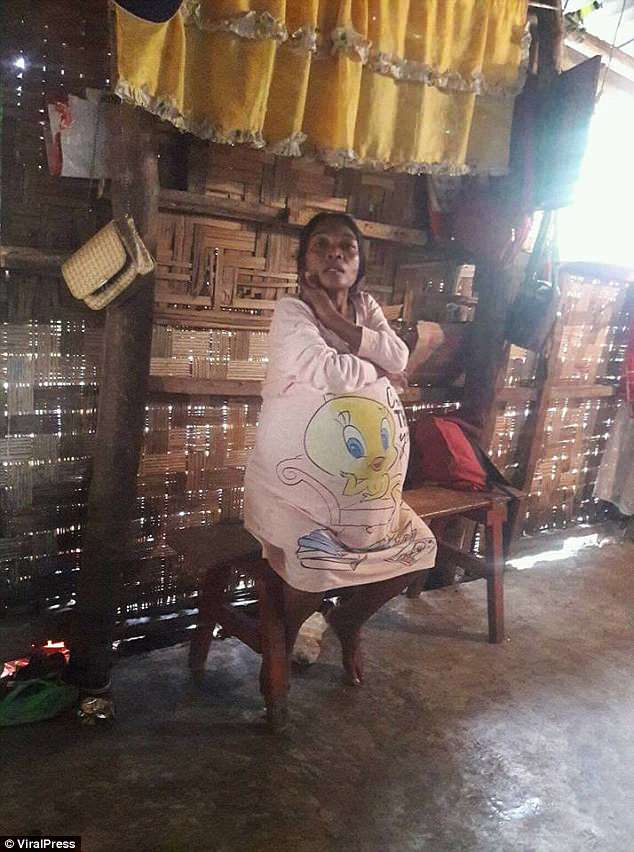 Ms Felipe, who wishes she could have children, is now infertile due the tumour’s damage

WHAT IS A MYOMA TUMOUR?

Myoma tumours, also known as fibroids, are non-cancerous growths on the cervix.

They affect up to 80 per cent of women in the UK and US at some point in their lives.

If large, they can bleed, become infected, interfere with urination or cause pain during sex.

Bleeding from the vagina is the main symptom, which can lead to anaemia and fatigue.

If myomas block the flow of urine, women may experience dribbling at the end of urination and difficulty using the toilet. Sufferers are also more at risk of urinary tract infections.

In rare cases, myoma tumours prolapse, leading to a feeling of pressure in the abdomen.

Surgery is only required if the tumours cause symptoms. A hysterectomy may be needed in severe cases.