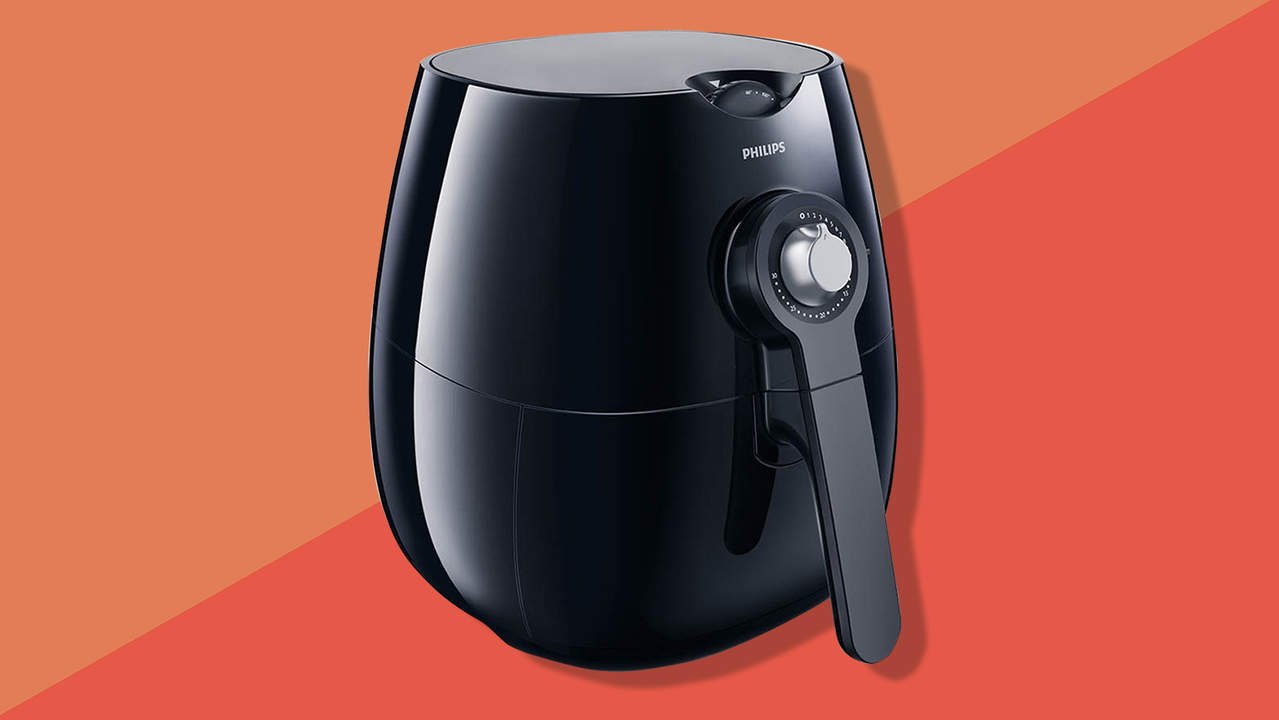 We know what you’re thinking. What will they come up with next? But we could not be more excited for the Philips HD9220/28 Viva Airfryer sale during Amazon Prime Day, because French fries. While you still shouldn’t go overboard on fried fare, this kitchen gadget can actually make foods like French fries a little healthier, experts say.

Sass tells us that air-frying also produces less acrylamide, a substance formed when carbohydrate-rich foods are heated at a high temperature (the substance has been linked to an increased risk of cancer and heart disease, she adds). One study found that air frying reduced acrylamide by 90% compared to deep-oil frying.

When air-frying fish or chicken, Sass suggests prepping the protein with a healthy coating, such as egg whites and quinoa, and serve with fresh veggies or a salad. For a snack, try chickpeas or falafel.

But that’s really just scraping the surface of what you can do with this device. Amazon reviewers have raved about the different meals and snacks they were able to make in their own AirFryers. “So far we’ve done potatoes, tofu, vegan meatballs and ‘fried’ green tomatoes,” wrote one reviewer. “All without oil and it all came out fantastic.”

“​​​​​​I spray a bit of avocado oil on a bag of fries as I’m dumping it in and usually give them a toss mid-cook,” writes another. “They come out perfectly and much better than they did in the oven.”

The exclusive Amazon bundle also includes the Philips AirFryer cookbook, which has 150 recipes for breakfast, dinner, and dessert (chocolate cake, anyone?). And with over 1,000 five-star reviews, this device is quite the deal at $100 (it’s usually listed around $178 on Amazon).