Home » Health News » Handing It Down: The Craft of Indigenous Healing

Handing It Down: The Craft of Indigenous Healing 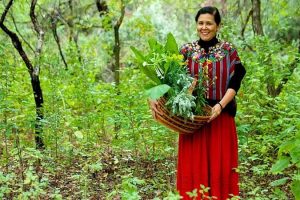 In Austin, Texas, Marika Alvarado is attempting to keep the teachings of Indigenous healers alive through the generations. Her work, which was passed down from her mother and grandmother, she realized, would end with her. Alvarado, a Lipan Mescalero Apache medicine woman and healer, began the Of the Earth Institute of Indigenous Cultures and Teachings and offers a certificate-granting course to instruct others in the craft.

The course, which Alvarado has taught to 25 students so far this year, is focused on holistic healing and Apache traditions. For 6 months, she instructs her students on plant-based medicine, nutrition, and other natural remedies.

“As a child, I was taught the traditional way, as my family tended those who came to them in need,” she notes on her website. “I am here to help in the healing of others and to pass on these teachings I have been given.”

For Alvarado, becoming a healer was predecided. At birth, her grandmother foretold that she would one day be a healer. When Alvarado was 5 years old, she began seeing the spirits of her ancestors. Soon after, she began shadowing her mother and grandmother, learning their methods and the lessons that had been handed down to them through generations.

When her grandmother and mother died, it all changed.

“Suddenly, I was standing alone,” she said to the Houston Chronicle. “I have my own medicine that will die with me because there are no Apaches to pass it on. I would hate to know that it gets lost.” 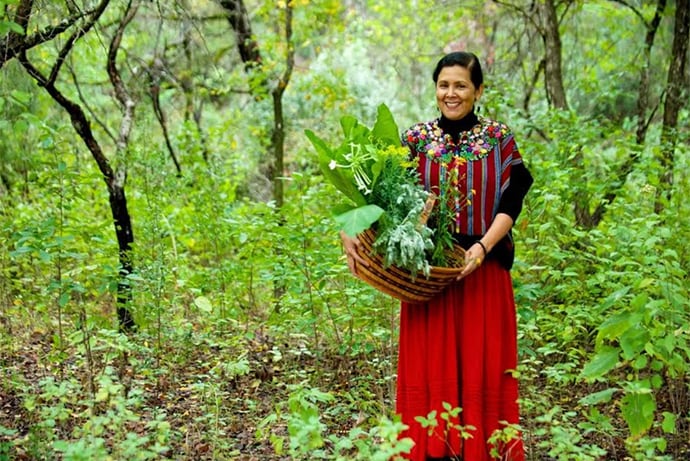 Marika Alvarado, a Lipan Mescalero Apache medicine woman and healer, began the Of the Earth Institute of Indigenous Cultures and Teachings and offers a certificate-granting course to instruct others in the craft.

Alvarado’s solution was to begin passing it down to others, the same way that her grandmother and mother did for her.

“I believe that I should teach all people who have the dedication and spiritual will to use these teachings as Mother Earth and the generations before me intended,” she said on her website.

During the time between her training and her decision to begin equipping the next generations of healers, Alvarado offered alternative healing at Lone Star Circle of Care Clinic in Austin. There, her work focuses on treating people with care. It’s not purely medical — according to the Chronicle, Alvarado’s sessions often start with her offering a cup of tea to people and just talking.

Her traditional approach, she told the Chronicle, isn’t meant to be the replacement for Western medicine. It’s supposed to be an alternative and that the two methods should work in tandem with one another.

Alvarado’s work in healing and teaching exists to pass down what she’s learned, as well as the legacy of Indigenous healers before her. Her course, as listed on her website, is meant for people who have felt the calling to heal.

“We need to be the shift,” Alvarado told the Chronicle. “We need to educate and let everyone know what we do, how we do it, and how we do it with plants.”