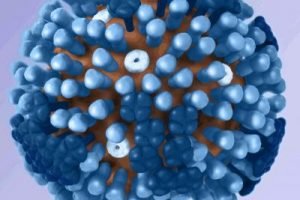 The immune system appears to put a premium on maintaining lung function in infants infected with the influenza virus by mounting a rapid response to repair damaged cells, according to research led by St. Jude Children’s Research Hospital. The findings appear today in the scientific journal Immunity.

Researchers reported evidence that unconventional T cells play a pivotal role in protecting infants from serious, possibly fatal, flu complications. Rather than fueling inflammation, the unconventional T cells triggered a biochemical cascade that increased levels of a growth hormone essential for repair of lung cells damaged by the infection.

“The stakes are higher for infants with flu infections than for older children and adults,” said corresponding author Paul Thomas, Ph.D., a member of the St. Jude Department of Immunology. “Flu is an acute respiratory infection. Compared to adults, infant lungs are smaller and young children are more likely to develop severe, sometimes deadly complications, that require hospitalization and lead to higher mortality rates.

“This study suggests the immune response to flu infections varies between infants and older patients and uses a distinct route for repair and restoration of lung function,” he said. “The work also identifies a pathway to target in the future using therapies to ease flu complications in infants.”

While conventional T cells are developmentally immature at birth, γδ T cells develop before birth and are ready to respond rapidly to a wide range of infectious agents. The γδ T cells are concentrated in the cells lining the lungs, gut, skin and other barrier tissues.

The role of γδ T cells in combating flu, particularly in infants and young children, was unclear. In fact, based on previous research, γ? T cells were more associated with driving inflammation than with promoting cell repair.

But results of this research told a different story. Thomas and his colleagues reported the γδ T cells that accumulated in response to flu infection in week-old mice produced increased amounts of a signaling protein (cytokine) called interleukin-17A. Investigators showed how increased IL-17A fueled increased production of another signaling protein, the cytokine interleukin-33 in the epithelial cells lining the lungs. IL-33 recruits other immune cells, including regulatory T cells and innate lymphoid cell. These immune cells produce the growth factor amphiregulin, which promotes cell repair.

Loss of γδ T cells did not affect the ability of newborn mice to eliminate the flu virus or to produce interferon-γ, a cytokine that promotes inflammation. However, death rates were higher in the mice lacking γ? T cells that produced IL-17A or the gene for IL-33.

Researchers also found evidence of the same system at work in young flu patients. An analysis of nasal fluid from 25 infants with confirmed flu infections revealed that IL-17A, IL-33 and amphiregulin levels were correlated. Increased IL-17A was also associated with better patient outcomes.

“Previous research has suggested that γ? T cells did not play a significant role in flu infections, particularly in adults,” said first author Xi-zhi Guo, a graduate student in Thomas’ laboratory. “But we thought that might be because γδ T cells are special. They develop in utero and maybe their role is to help protect right after birth while conventional T cells are still developing.”