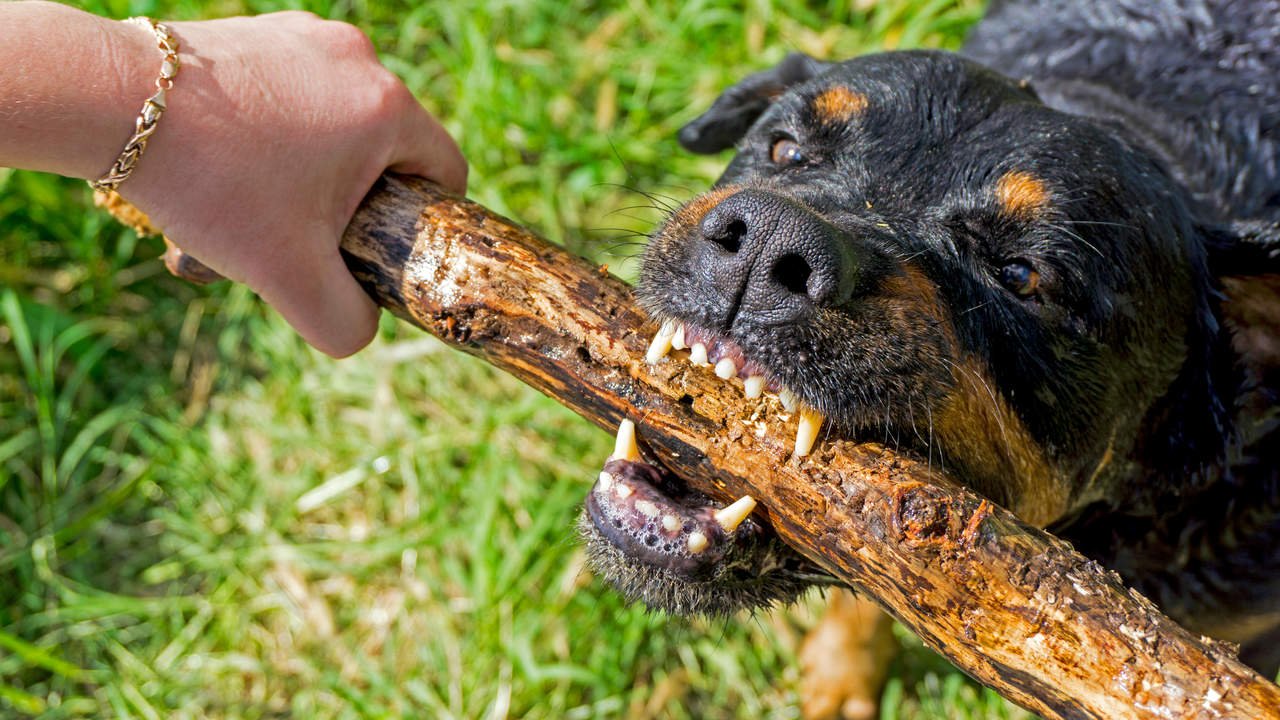 Maybe you’re more concerned about mosquitos, spiders, or other seasonally relevant creepy crawlies, but if your summer travel plans could involve encounters with stray dogs or flapping bats, it’s better to be safe than sorry and learn a bit about rabies, too.

Yes, foam-at-the-mouth rabies–and no, it’s not just a thing of zombie movies. Luckily, rabies is quite rare in the United States today: Just 23 human cases of rabies have been reported since 2008, according to the Centers for Disease Control and Prevention (CDC).

But it still can’t hurt to be prepared. Health spoke with Aaron Glatt, MD, chairman of medicine and a hospital epidemiologist at South Nassau Communities Hospital in Oceanside, New York and a spokesperson for the Infectious Diseases Society of America, to find out more about rabies symptoms, diagnosis, and treatment–but let’s hope you never need it.

Rabies is a virus typically transmitted via the bite of a rabid animal. “You have to have exposure to an animal that has the disease,” Dr. Glatt says; you can’t just come down with rabies. However, it doesn’t have to be a full bite, he cautions. A scratch or some other abrasion from an animal with rabies, or even a rabid animal’s saliva getting into an open wound, could pass the virus to you, he says.

While most people associate rabies with bats or raccoons, transmission to humans is usually linked to dogs. Unlike in the U.S., many other countries have large populations of strays, Dr. Glatt says, some of which may be infected.

Ferrets, skunks, foxes, coyotes, and even woodchucks are also on the list of animals that can spread rabies. “People are often concerned about rats and mice, but they never have rabies,” Dr. Glatt says, and neither do squirrels.

It’s not always as obvious as a foaming mouth that an animal has rabies. Sometimes an animal may simply not be acting like itself, Dr. Glatt says. That’s why you should seek medical attention after any bite from an animal if you aren’t sure about that animal’s rabies or vaccination status–but more on that later.

In humans, initial symptoms of rabies may begin in the first few days after being bitten–or weeks or even months later. At first, rabies symptoms can seem like the flu: headache, fatigue, a general unwell feeling, Dr. Glatt says. Some people experience itching, prickling, or other discomfort at the site of the bite, according to the CDC.

Rabies can be fatal, as the virus invades the central nervous system and infects the brain. People can experience anxiety, confusion, hallucinations, a fear of water, excessive salivation, insomnia, and paralysis, Dr. Glatt says. With symptoms like this, the prognosis isn’t good. “Unfortunately, it can rapidly progress to death in just a couple of days,” he says. That’s why, he continues, it’s so important to see a doctor right away after a bite. “Do not wait until you have symptoms. It may be too late at that time.”

Rabies diagnosis: What to do if you've been bitten

If an animal bites you, the first thing to do is stay calm. “It’s not like a poison that would paralyze you instantly within 10 minutes,” Dr. Glatt says. “You really need to get this addressed, but it is an infection that takes some time to spread in your body.” You have time to consider, for example, how likely it is that the animal that bit you actually has rabies.

Most household pets, for example, have been vaccinated against rabies–so it’s probably safe to assume that if a friendly neighborhood dog nibbled your ankle at the dog park, you’re not going to get rabies. On the other hand, if you pet a stray dog who wandered up to you at an outdoor cafe on vacation in another country where there’s no way to determine that pup’s vaccination status, you need medical care.

You also have time to take another very important step: Clean the bite thoroughly with soap and water. “Wash the area very well to decrease the likelihood of infection,” Dr. Glatt says. (The bite itself may also need additional treatment, either at home or at a doctor’s office.)

Then, it’s time for expert assistance. As soon as you’re seen, a doctor will give you the first dose of the post-exposure rabies vaccine, which can help prevent the virus from getting into the central nervous system, according to the World Health Organization. You’ll receive three more doses, Dr. Glatt explains: One three days after the bite, one a week after, and one two weeks after, for a total of four doses over a 14-day period. You may also be treated with human rabies immune globulin, which provides antibodies collected from people who have had rabies, he says.

Rabies prevention: How to keep you and your pets safe

Luckily, rabies is preventable–and the most important step in preventing it from spreading is to vaccinate your pets. It’s smart, too, to keep your pets sheltered from wild animals.

Report any stray animals (or ones acting unusually) to your local animal control, and stay away from strays while traveling. “You shouldn’t be petting stray dogs,” Dr. Glatt says. (Sorry, jet-setting animal lovers.)

When you’re around any dog, it’s smart to follow some basic bite-prevention tips from the American Society for the Prevention of Cruelty to Animals: Don’t try to pet a dog who is sleeping, eating, chewing, barking, or growling. Dogs who are scared, protective, or unfamiliar to you may all be more likely to bite. Don’t try to outrun a dog. If you can, offer up something else–like your jacket or purse–to a dog looking to bite.

Talk to a doctor if you’re traveling to rabies-affected areas or work in contact with animals that may be infected. You could be a candidate for what’s called pre-exposure immunization, or getting vaccinated before any potential rabies exposure occurs.

What To Do If You're Having A Panic Attack

What Should You Do if You Can’t Feel Your Baby Kick?
Come, Contact, do, if, in, rabies, think, to, what, with, you, You've
Latest Posts