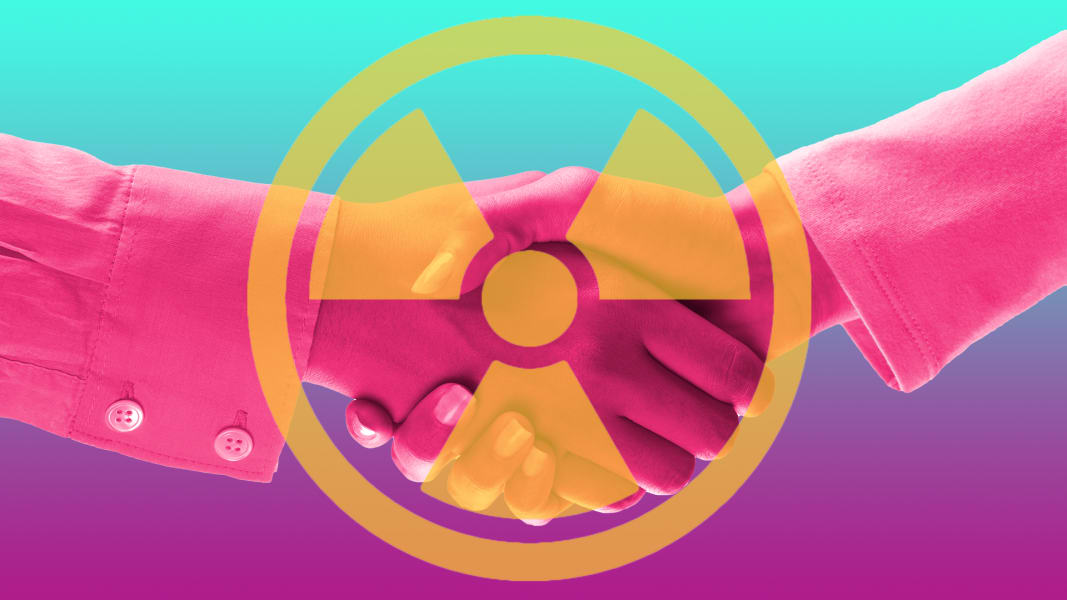 Whether it’s a friend, family member or romantic partner, many of us have needed to cut ties — or establish firm boundaries — with someone when we realize this person is toxic and the relationship is harmful to our emotional well-being. But there’s an elephant in the room when it comes to discussing toxic behavior and relationships. What should you do if you realize you’re the toxic person in a relationship?

Admit there’s a problem (you)

As is the case with most problems, the first step is acknowledging that your behavior is harmful to one or more people in your life. Because we’re accustomed to directing our attention outward, this is easier said than done.

"It can be easy to spot toxic behaviors in others, yet it can be very difficult to spot them in ourselves," Dr. Carla Marie Manly, a clinical psychologist, tells SheKnows. "The phenomenon occurs because it is human nature to observe the behaviors of others far more than we observe our own behaviors."

Manly says that certain toxic behaviors — such as gossiping, judgment, criticism, sarcasm and complaining — can be difficult to spot because the individual has become so accustomed to them.

"Listen to those who love you," she advises. If you’ve repeatedly been on the receiving end of comments like, "You’re such a drama queen!" and "You never stop complaining," don’t write them off — use them as an opportunity for self-reflection.

"Allow yourself to notice if various people have called you on the same behavior throughout the years," Manly says. "This is a sign that your behavior in these areas may indeed be toxic."

Pay attention to your relationships

Dr. Sal Raichbach, a psychologist at Ambrosia Treatment Center, tells SheKnows that if your friends don’t stick around, it could be a red flag that you’re the problem in your relationships.

"Toxic behaviors take a serious toll on relationships, and eventually, they will drive away the people that are closest to you," Raichbach says. "If friends are constantly dropping out of your social circle, it might be a sign that your attitudes and behaviors are causing people to disappear."

Consistently blaming others for your own problems is also a sign that you’re a toxic person. As Raichbach points out, the inability to take responsibility for your own actions typically means that you push the negativity onto the people around you.

If these signs hit close to home, don’t despair — once you acknowledge problematic behavior, you can get to work fixing it and becoming the best version of yourself. "It’s important to recognize that no one is entirely toxic, so even if you have some unhealthy behaviors, it doesn’t mean you’re a bad person," Raichbach explains.

More: Are You a Toxic Coworker?

We’ve all witnessed a person mistreat others or give off a negative energy. Raichbach suggests asking yourself if you’ve been guilty of engaging in similar behaviors. "If you take yourself out of the equation, it’s easier to see the cause and effect of treating others poorly," he says.

Take a step back

Individuals can benefit from taking a step back from a situation in order to observe their own behavior, Manly explains. She suggests the technique of imagining three circles: The self, the other person (or situation) and the "objective being." Although Manly says it can take quite a bit of practice to learn this skill, it’s worth the effort because it can be a game-changer when it comes to the process of self-observation and self-awareness.

"For example, if a person is often accused of being critical or sarcastic, the idea would be to detach (to step back) to imagine how another person would take a certain comment," Manly explains. "Then, the ‘objective being’ would chime in to see the comment with even greater detachment. This skill can be applied to almost every situation."

Breaking the cycle of toxic behaviors won’t happen overnight, but taking these concrete steps will improve both your life and the lives of the people who matter to you most.

What To Do If You're Having A Panic Attack

What You Need to Know About the Connection Between Diabetes & Heart Disease in Women
a, do, if, Person, Realize, to, toxic, what, you, You're
Latest Posts